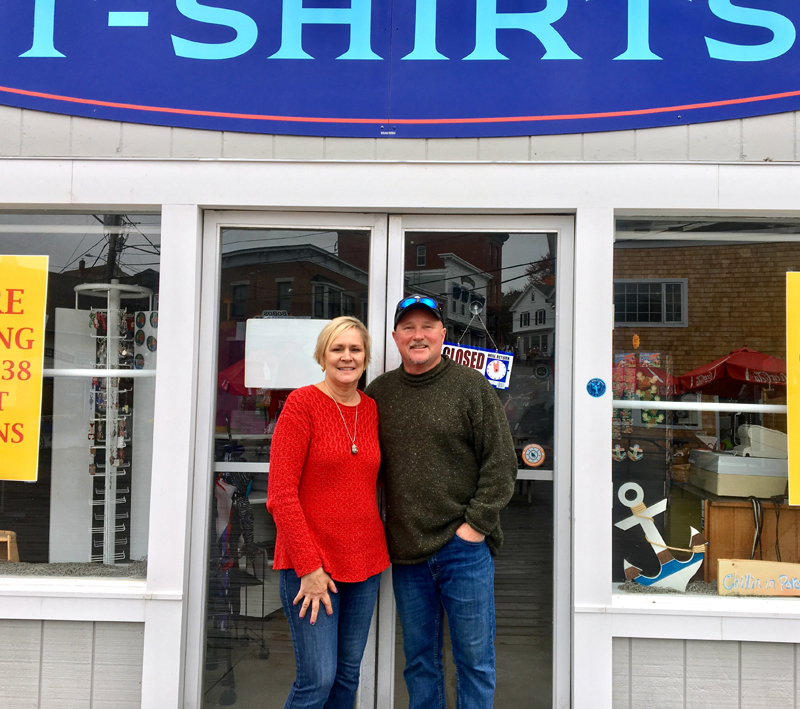 Dianne and Mark Gimbel at the location of their new business, the Windjammer Maritime Heritage Store. The museum and retail shop will open on Memorial Day weekend 2019. (Suzi Thayer photo)

There will be a new reason to go to Boothbay Harbor next summer for lovers of old schooners and maritime history or anyone fond of souvenirs and gifts from the coast of Maine.

Mark and Dianne Gimbel, owners of The Smiling Cow and Gimbel & Sons Country Store, will open a new business, Windjammer Emporium, in the Pier 1 space home to Mountain Tops, a T-shirt shop, for the last 38 years. The Blake family owns the space.

“I’ve always been interested in local history and have always wanted to have a local maritime museum,” Mark said. “We knew we wanted to do something a little different, so I said, ‘Why don’t we just combine our love of local maritime history with a retail store?’”

Mark and Dianne are the secretary and treasurer, respectively, of the nonprofit Friends of Windjammer Days and have been involved in the annual event since the organization’s inception in 2013.

Now the couple is realizing their dream to immerse themselves in the history of schooners and shipbuilding in the town where the family has run its two other stores since the early 1970s.

The Windjammer, as they often call it, will feature historical photos and models of schooners built in the Boothbay region, or those that came to Boothbay for trade, including in the booming ice industry of the early 1900s, Mark said.

The Gimbels have acquired photos and antique equipment, such as saws and tongs, from the local ice industry.

Most of the items on display will revolve around 19th and early 20th century ships, but there will also be some focus on newer ships. 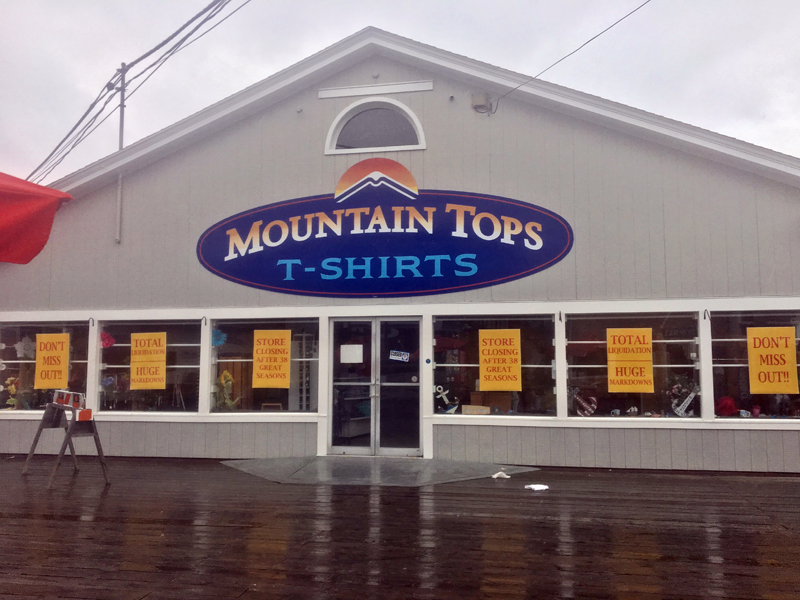 Mark recently met with local historian Barbara Rumsey, curator of the Boothbay Region Historical Society and a representative of the Peary-MacMillan Arctic Museum at Bowdoin College.

“We’re going to feature the Bowdoin, that was built by Hodgdon Bros. in East Boothbay in 1921,” Mark said. “Barbara has been very helpful and we’ve gotten some great images of the Bowdoin.”

A few weeks ago Mark learned about a veritable treasure trove of old ship models stashed away in a back room at the Oceanside Golf Resort, formerly Rocktide.

“I found out that when Rocktide was sold, the ship collection was still in that building,” he said. “There was a gorgeous array of ship models in the lobby, and a lot of locals liked going there to see it.”

He went to see what was left of the collection. “We’re featuring schooners at the Windjammer, and there were 12 or 15 schooner models still there,” he said. “Some are a couple feet long and some are 5 feet long.”

Mark emailed the owner of Oceanside, Paul Coulombe, telling him of his plans for the business and asking for permission to borrow some of the models. Coulombe congratulated him on the enterprise, which he called a “great idea,” and invited him to help himself.

“I was psyched,” Mark said. The Gimbels plan to have glass display cases made for the models.

The Gimbels plan to bring speakers, including shipbuilders and others in the industry, like East Boothbay sailmaker Nat Wilson, as well as locals with stories of maritime adventure, to the Windjammer.

The mackerel fleet departs Boothbay Harbor after a storm circa 1890. The photo illustrates the importance of schooners in the region’s history, according to Windjammer Emporium owner Mark Gimbel. (Photo courtesy Boothbay Region Historical Society)

“People are coming out of the woodwork and volunteering to talk,” Mark said.

According to Mark, the original plan for the space was for a museum, but the Gimbels learned that regulations did not allow the use of the space to change from retail to a museum.

Now the plan is for the space to be two-thirds or three-quarters retail, while the rest will be more educational in nature.

The retail aspect of the business will focus on custom nautical gifts, higher-end nautical clothing, antiques, and reproductions of historical photos and postcards, according to Mark.

There are plans for guided historical tours through the Windjammer and Bristol Marine.

“I am also hoping to engage local youth in learning about the long, glorious history of schooners in the fishing world: Grand Banks cod, mackerel, herring, and pogies (for oil),” Mark said in an email.

“We already have good relationships with people all over New England because we run Windjammer Days,” Mark said. “Last week the head of the Gloucester fleet sent me an email saying he had another Boothbay-built schooner that someday will be coming to Windjammer Days.”

The Gimbels were recently walking their dogs at Whale Park when they saw an old schooner arrive at the town dock.

“I walked down to check it out and it was the Sylvina W. Beal, built in East Boothbay in 1911,” Mark said. “It’s had quite the life – everything from sardine carrier to passenger trade.”

Mark got in touch with Rumsey, and the owner of the schooner met with her at the historical society. “They spent two hours just diving into the history of the ship,” he said. “They were in heaven.”

The Windjammer will open on Memorial Day weekend 2019. For more information, email Mark at markgimbel.mg@gmail.com or Dianne at digimbel@gmail.com.