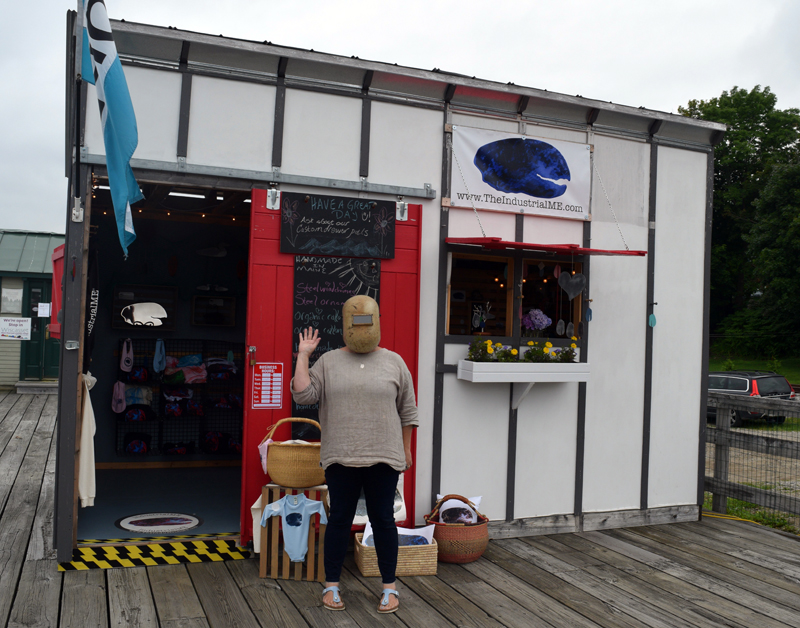 Mrs. Claws stands in front of IndustrialME’s storefront in her husband’s welding mask on Aug. 8. They opened the retail space on May 28 after nearly three years of selling their products online. (Nate Poole photo)

A husband and wife duo has opened a new craft shack at Wiscasset’s Creamery Pier, bringing lobster-themed goods to locals and visitors alike.

“Mr. and Mrs. Claws” opened the storefront on May 28, but they started their business, IndustrialME, nearly three years ago as a venture for both of them to embark on full time once they retire from their current careers.

“Mr. Claws” is a welder by training, and both he and “Mrs. Claws” make limited collections of functional metal art by hand every season. The business also offers clothing, home décor, steel kitchen pieces, and jewelry both online and in the store.

“Claws” is not the couple’s real last name, but rather something that emerged from the shop’s lobster theme, and their preference for privacy.

A lobster claw is also the business’s logo, and is featured heavily on all of their apparel and much of their metalwork.

In an interview at the pier Tuesday, Aug. 10, “Mrs. Claws” said they had not planned on opening up a physical storefront for the business, but when she and her husband saw the building next to Wiscasset Area Chamber of Commerce had been vacated by Lobstaholic, an apparel business, they decided to go for it. 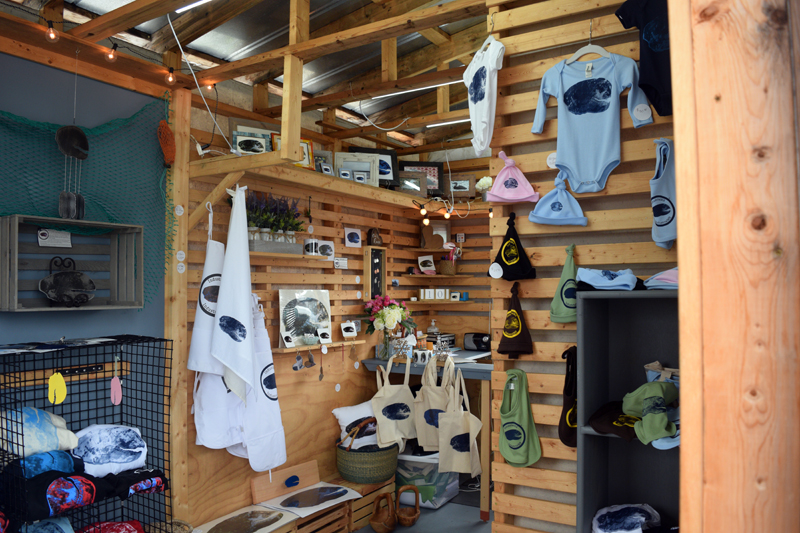 While “Mr. and Mrs. Claws” started IndustrialME to sell their functional steel artwork, they have slowly broadened their product line over their nearly three years in business to include branded clothing, placemats, photography, bags, and other merchandise. (Nate Poole photo)

While IndustrialME began by selling steel craftwork, the breadth of the Claws’ inventory expanded over the years into artwork, placemats, clothing, as well as custom orders.

“Mrs. Claws” said that some custom orders like wind chimes took off through word of mouth and became signature offerings. Soon the business will be offering drawer pulls for the same reason.

“Mrs. Claws” said she intends to use the store front as a kind of laboratory where they can offer some products that haven’t yet reached the online store and gather real-time customer feedback. She has already been surprised by the popularity of products like placemats.

Longtime residents of the Woolwich area, “Mr. and Mrs. Claws” have lobstered recreationally for six years, and their passion for the lobster industry not only influences their business aesthetic, but also their values.

IndustrialME donates 5% of its annual net profit to the Maine Lobstermen’s Community Alliance, a charitable organization dedicated to supporting fishing families, funding scientific research, and educating the public about the industry.

“Mrs. Claws” said that beyond donating to the Community Alliance, she also promotes the organization’s message in discussions with customers and by carrying its monthly newsletter, Landings, in the store.

“We wanted to be responsible business owners,” she said. 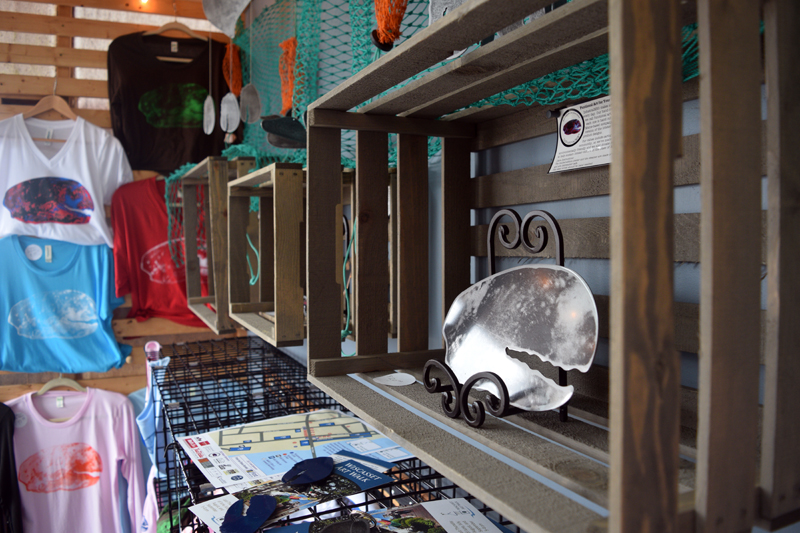 IndustrialME is currently offering a limited series of steel kitchen and dining accessories/art pieces, titled “Heirloom to Everyday”, which includes a platter and steamer made of cook-grade stainless steel, as well as a non-cook grade steel trivet. (Nate Poole photo)

The couple also advocates for the importance of broadband to local economies and entrepreneurship in Maine. As a business that largely operates online for 8 to 9 months out of the year, “Mrs. Claws” wants to use IndustrialME as an example of the kind of success a business can experience when it has access to a reliable and strong internet connection.

“Mrs. Claws” said response from the local community since their opening has been extremely positive, and IndustrialME gives back to that community by partnering with and sponsoring the Wiscasset Creative Alliance’s Summer Art Walks.

“Everyone in Wiscasset has been lovely to deal with,” “Mrs. Claws” said.

Beyond the creamery pier, IndustrialME’s products can be found at theindustrialme.com and Georgetown Pottery’s locations in Freeport and Woolwich.

The storefront will be open through Indigenous Peoples’ Day, from noon to 7 p.m., seven days a week.