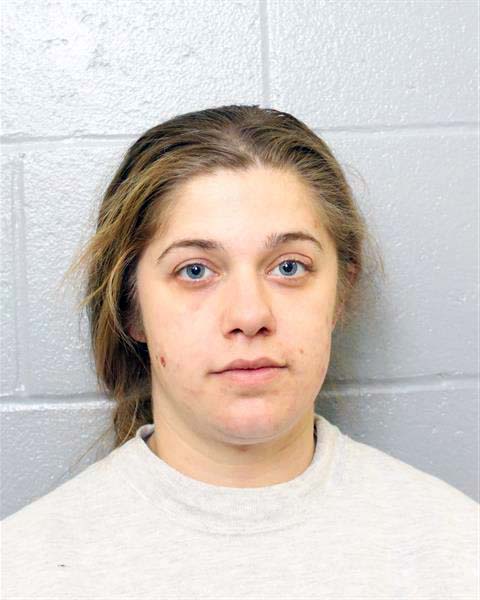 An Augusta woman who “arranged the purchase of drugs” for a Jefferson man who died of an overdose in April 2019 was sentenced to two years in prison Aug. 10.

Brooke V. Olum, 30, pleaded guilty Aug. 10 to one count of class B aggravated unlawful furnishing of scheduled drugs, according to court documents. In exchange for her plea, a charge of class A aggravated trafficking in scheduled drugs was dismissed.

Olum “did intentionally or knowingly furnish … cocaine in the form of cocaine base” and the man’s death “was in fact caused by the use of one or more drugs and the drug furnished by the defendant was a contributing factor,” according to the charging document.

Olum was sentenced to four years in prison, with half the sentence suspended, and three years of probation. She must pay $170 in fines.

While on probation, Olum must not use or possess illegal drugs, must submit to random searches for illegal drugs, and must undergo evaluation, counseling, and treatment for substance abuse.

The day of Olum’s plea, the court was due to hear a motion to revoke her bail. As a condition of bail, Olum had to undergo addiction treatment through a program in Augusta.

She violated program rules, however, including by “testing positive on two occasions for fentanyl, cocaine, morphine, and marijuana,” according to an April 22 motion by the prosecution.

The Maine Chief Medical Examiner’s Office determined the cause of the Jefferson man’s death as “acute intoxication” due to the “combined effects of cocaine, heroin, fentanyl, acetyl fentanyl, and citalopram,” according to an affidavit by Lincoln County Sheriff’s Office Detective Scott Hayden.

Olum facilitated two drug transactions for the man on April 17, 2019, the day before he died, according to the affidavit.

Hayden and a patrol deputy responded to a report of the overdose death. They searched the man’s bedroom and seized his phone, along with drug paraphernalia and a small bag of bluish-green powder later shown to contain fentanyl and heroin, according to the affidavit.

With assistance from the Maine State Police Computer Crimes Unit and the Augusta Police Department, Hayden unlocked the phone and downloaded information from it with the data-extraction program Cellebrite.

Hayden “found text messages indicative of drug activity” between the man and a phone number he tracked to Olum, he said in the affidavit.

In a text message late April 17, 2019, Olum told the man to wait because “one of my other regulars needs as well and I’m going to ride with her because it makes her feel better and safer.” She told the man she would meet him later.

Hayden and investigators from the Augusta Police Department and the Maine Drug Enforcement Agency interviewed Olum on April 23, 2019.

Olum admitted that she had arranged for the man to buy drugs from another man in the parking lot of a redemption center in downtown Gardiner, according to the affidavit.

Hayden obtained warrants for the man’s cellphone records and Olum’s. With a combination of cellphone location data, surveillance video, and interviews, he determined that Olum had likely facilitated one transaction around mid-afternoon and another around midnight.

Hayden obtained a warrant for Olum’s arrest Jan. 13 and arrested her the next day.

Olum was in the news last year when another woman allegedly cut her throat during an argument at an Augusta residence Feb. 11, 2019.

Police believe the other woman, Quashay “Q.P.” Phillips, was working with New York City gangs to distribute drugs in central Maine, according to news reports. She allegedly cut Olum’s throat because Olum would not go to Walmart for her.

A surgeon said the cut narrowly missed Olum’s carotid artery, according to reports. Had it severed the artery, Olum probably would have died.

Phillips has pleaded not guilty to attempted murder and elevated aggravated assault.