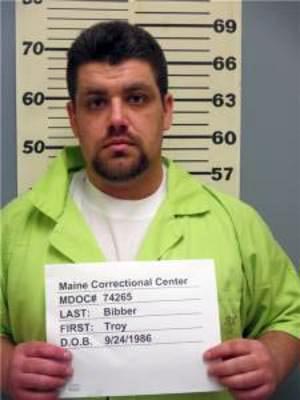 Troy C. Bibber, 30, pleaded guilty to a single count each of class B aggravated assault and class C assault on a child less than 6 years old, both felonies, as well as a class D charge of obstructing report of crime or injury, a misdemeanor, at the Lincoln County Courthouse in Wiscasset on Tuesday, July 25. He also admitted to the probation violation.

A single count of class A aggravated assault was dismissed as a result of the plea deal.

Bibber was sentenced to five years in custody with all but two suspended, plus four years of probation for aggravated assault, as well as a concurrent 364 days for obstructing report of crime or injury.

Bibber will serve those sentences consecutively to a three-year probation revocation for a total of five years in custody.

He was sentenced to two years for assault on a child, which he will serve concurrently with the probation revocation.

In the July 2016 assault, Bibber grabbed the woman by the neck, threw her to the ground, shoved his fist into her mouth, and took away her cellphone until she promised she would not report the incident, Assistant District Attorney Katie Dakers said.

The assault was reported later in the week. During the course of the investigation, law enforcement learned of the earlier assault on the woman’s child – a violent spanking that caused the child to wet their pants and left bruises on their hands where the child tried to protect themself, Dakers said.

Regarding the 2012 assault, the justice who oversaw that case called it “an extreme case of domestic violence” and rejected an initial proposal for a plea deal as too lenient.

Bibber’s probation conditions for his most recent sentence prohibit contact with the victims and require psychological evaluation and counseling.

“Moving forward, you need to conduct yourself differently than you have in the past,” Superior Court Justice Daniel Billings said. The sentence is severe due to Bibber’s record, but it still gives him the opportunity to have another chance, Billings said.

If Bibber commits another crime, a future sentence would be even more severe, Billings said. “You’re young enough to make a change,” he said.