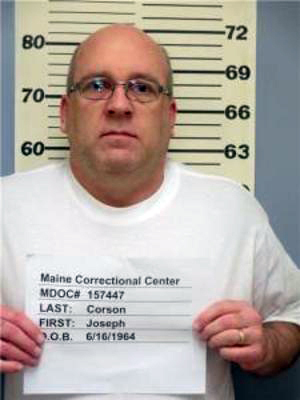 A Bristol man has been sentenced to three years in prison and must pay back $359,891.75 to his former employer as part of a plea deal in an embezzlement case.

Joseph F. Corson, 52, pleaded guilty Monday, Feb. 27 to one count of class B theft by unauthorized taking or transfer, according to court documents. He was sentenced to eight years in custody with five years suspended, plus three years of probation.

He must pay the $359,891.75 in restitution to Alan MacPhee, owner of Alan J. MacPhee Enterprises and Ideal Septic Service Inc.

Corson was the bookkeeper for the Bristol businesses from 2001 until his arrest at work Dec. 22, 2015, according to a press release issued by the Lincoln County Sheriff’s Office the day of his arrest.

MacPhee “noticed discrepancies in the books” and contacted the sheriff’s office, according to the press release.

“It appears in excess of $150,000 was stolen from the businesses over the past 10 years,” Lincoln County Sheriff’s Office Lt. Michael Murphy said in the press release. “These thefts were in the form of Corson regularly overpaying himself and making numerous unauthorized purchases with the company credit card.”

The final figure for the theft was more than double the initial estimate.

The amount includes more than $129,000 in charges to a business credit card and more than $120,000 in extra paychecks, according to the prosecutor, Assistant District Attorney Katie Dakers. Corson would “double-pay” himself by giving himself a paycheck from each of the two businesses each pay period, she said.

Corson bought himself cars, an ATV trailer, a lawn tractor, and more than $9,000 in merchandise from one local hardware store alone, charging it all to his employer, according to Dakers. He also charged his personal utility bills to the companies.

“It started out with little things and then grew exponentially,” Dakers said.

Regarding Corson’s motive, “I would just say it was greed – greed and opportunity,” Dakers said.

The restitution figure reflects the full amount of the theft after an extensive review of records by investigators, according to Dakers. The figure does not include interest.

Corson has not paid any restitution yet, according to Dakers. The Maine Department of Corrections will collect restitution payments from his earnings while in custody, and will arrange a payment plan when he begins probation.

Corson is in custody at the Maine Correctional Center in Windham, according to the Maine Department of Corrections.