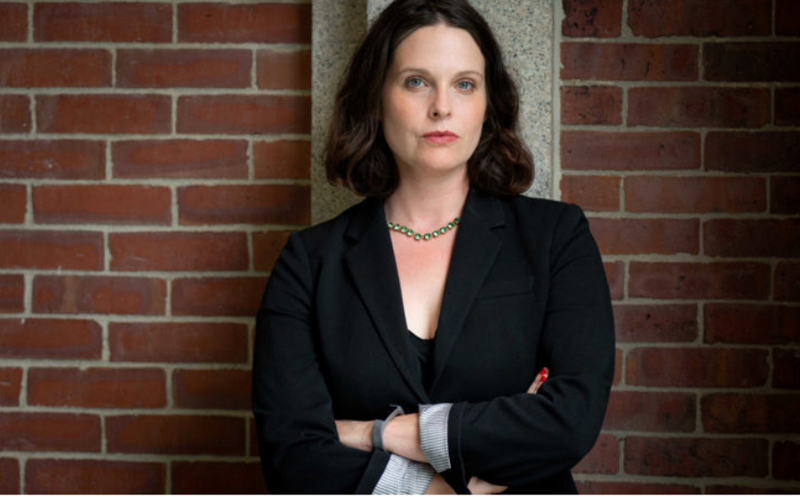 District Attorney Natasha Irving says she will prosecute a former Waldoboro police officer who shot and killed a teenager in 2007 if the state does not file a murder charge first, but Maine Attorney General Aaron Frey says she has no authority to do so.

The move by Irving, the Democratic district attorney for Sagadahoc, Lincoln, Knox, and Waldo counties elected on a progressive reform agenda in 2018, risks a showdown with the state. It would be the first time a Maine police officer has been prosecuted for using deadly force, but the case could well be rejected out of hand if it proceeds.

In the early hours of Sept. 23, 2007, Zachary Curtis, a reserve officer for the Waldoboro Police Department, conducted a traffic stop on Friendship Road. In the passenger seat was Gregori Jackson, 18, of Whitefield. At the time, Jackson was on bail conditions stemming from a drunken driving charge.

Jackson was drinking on the night of the stop, so Curtis attempted to arrest him. Jackson reportedly resisted being handcuffed and fought with Curtis, who said he used pepper spray. Jackson broke free and ran into the woods, and Curtis pursued the teenager.

As they struggled, Curtis said Jackson was able to get on top of him and was attempting to choke him with his forearm. Curtis then shot and killed Jackson after firing three bullets at the teenager.

Curtis said he fired a shot into Jackson’s side, after which Jackson continued to struggle with him. Curtis then fired a second shot into Jackson’s back, then, removing himself from Jackson, fired a third shot. A review by the Attorney General’s Office found Curtis’ use of force justified.

A June 2008 report by the Maine Chiefs of Police Association criticized the Waldoboro Police Department and town management at that time for inadequate training of police officers.

Only the attorney general has the jurisdiction to prosecute homicides under state law, including these types of murder and manslaughter cases, and they also have control over investigations of officers who use deadly force. The statute of limitations on manslaughter expires after six years, meaning that Irving cannot pursue that charge.

Still, Irving said that if Frey’s office fails to file a murder charge against Curtis, she intends to ask a grand jury to indict Curtis on a charge of depraved indifference murder, since the statute of limitations for manslaughter has passed. Her intent to prosecute was first reported by the Courier-Gazette on Friday, June 5.

While Irving said she will likely face a legal challenge surrounding whether her office has the jurisdiction to bring that charge against Curtis, she feels it is time to seek justice for what she believes was an unjustified police shooting.

Irving reviewed the case at the request of state Rep. Jeff Evangelos, I-Friendship. Based on forensic evidence and testimony from the medical examiner, Irving said the incident could not have happened the way Curtis described.

“This is a very clear case to me, that the forensic evidence does not coincide with the testimony of what happened,” Irving said Saturday, June 6.

In a statement, Frey, also a Democrat, said Irving does not have jurisdiction to pursue the case as a homicide. He did not say whether his office would be pursuing charges, but said it was “unfortunate” that Irving announced her intention without consulting his office.

“It is especially important for leaders to work together towards a solution, instead of creating unnecessary adversity, confusion, and false expectations for a family that has experienced a painful loss,” he said.

In response, Irving said depraved indifference murder “is clearly defined within the statute as criminally negligent manslaughter, squarely within my jurisdiction to prosecute” and not subject to the statute of limitations.

After reviewing the case and speaking with Jackson’s family and a civil rights attorney, Irving made a presentation to Frey on June 14, 2019. It was made at the request of Frey, who had heard Jackson’s family testify in support of a bill establishing a panel to review the use of deadly force by police.

The Jackson family and Evangelos attended the presentation, which included “clear and unequivocal phone testimony from the medical examiner shattering any notion that forensics were consistent with the officer’s testimony,” Irving said.

“I will not wait another year to seek justice for this family,” she said.

Evangelos agreed. “We have provided overwhelming evidence to (Attorney General) Frey that Gregori Jackson’s homicide was in no shape or form justified,” Evangelos said.

DeWitt “told the attorney general that Greg was shot from behind while running towards the woods, unarmed, and that the fifth shot was an execution-style shot to Gregori’s head,” Evangelos said.

Evangelos wrote a letter to Frey on June 1, saying he had promised the Jackson family a face-to-face meeting after his investigation.

“We are still waiting for that meeting. And we are waiting for the justice Gregori Jackson deserves. … Justice delayed is justice denied,” Evangelos said in the letter.

Curtis was 24 years old when the incident occurred. He had been a Waldoboro reserve officer for a year and resigned from the department in 2009 after being accused of theft. A federal judge ruled against Jackson’s family in a wrongful death lawsuit against Curtis filed in 2010.

The move comes at a time when people across the country and in Maine are protesting to demand an end to police brutality and racism following the death of George Floyd, a black man who died after a Minneapolis police officer knelt on his neck for more than eight minutes.

Irving said that regardless of the unrest rippling through the nation, she would have pushed for charges against Curtis.

“I’m sure it does seem coincidental, at the very least, because of George Floyd’s murder and the demand for justice in our communities for people of color, but also for police to be held to the same standard (as citizens),” Irving said. “I do think it’s time.”