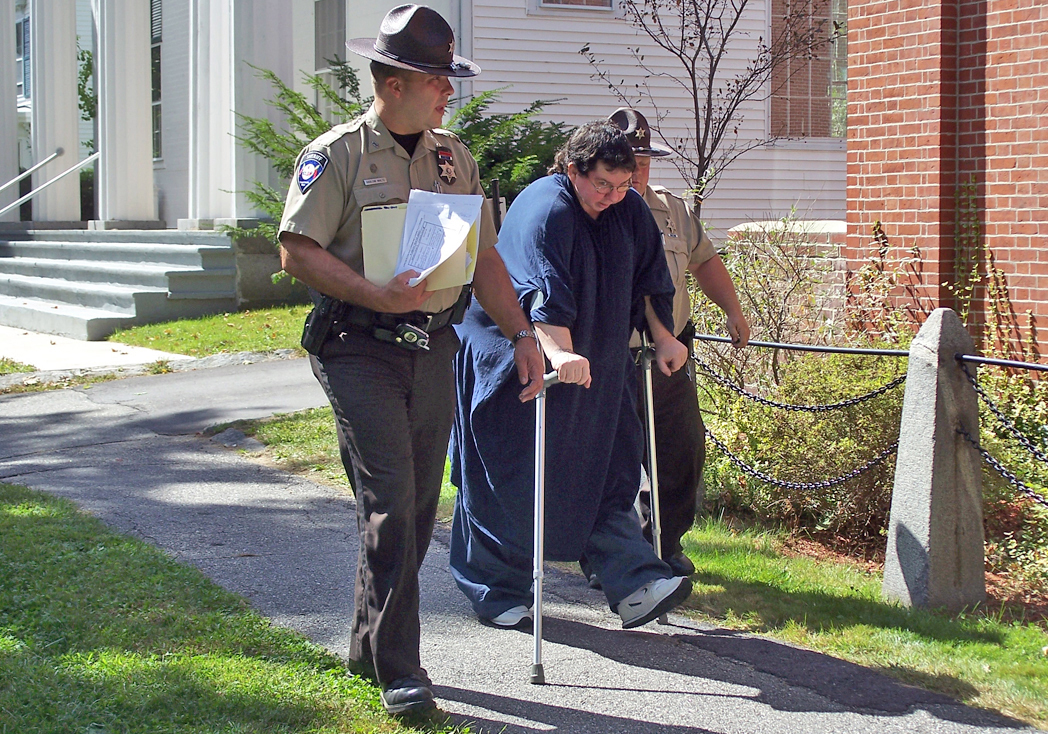 A pair of Lincoln County sheriff’s deputies escort Matthew Fleury into the Lincoln County Courthouse in Wiscasset for sentencing on Sept. 14, 2007. Fleury would spend the next 13-plus years in prison, where he died Thursday, Nov. 26. (LCN file photo)

Matthew Fleury died at 12:55 a.m., according to a report in the Portland Press Herald, which cites the Maine Department of Corrections. The department did not give a cause of death, but said it was not COVID-19.

Medical personnel were present at the time of Fleury’s death and the department notified the Maine State Police and the Maine Chief Medical Examiner’s Office, as policy requires.