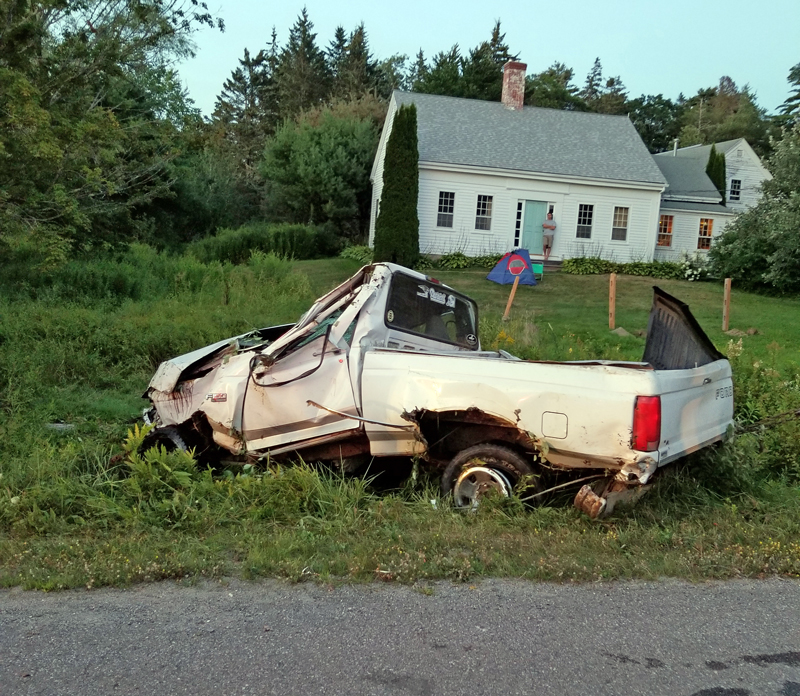 The driver of this 1996 Ford F-150 faces a charge of operating under the influence after a rollover on Bristol Road on Wednesday, Aug. 16. (Photo courtesy Bristol Fire and Rescue)

A Bristol man faces a charge of operating under the influence after a rollover on Bristol Road the evening of Wednesday, Aug. 16.

William Ball, 30, faces one count each of class D operating under the influence and class E operating without a license, according to Lincoln County Sheriff’s Office Lt. Brendan Kane.

Ball was driving a 1996 Ford F-150 north on Bristol Road when he failed to navigate a curve, Kane said. The vehicle left the roadway, struck a fence, and rolled in the vicinity of 2106 Bristol Road.

Ball was wearing his seat belt during the accident and the truck’s airbags deployed, Kane said. The fence and posts sustained approximately $3,000 worth of damage.

Lincoln County Sheriff’s Deputy Ryan Chubbuck transported Ball to LincolnHealth’s Miles Campus in Damariscotta for evaluation. He was medically cleared at the hospital, Kane said. Ball was bailed out from the hospital.

Bristol Fire and Rescue also responded to the scene.