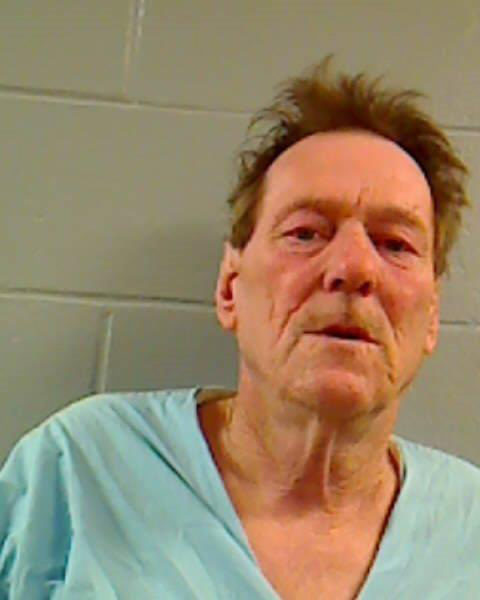 A 61-year-old local man with a long criminal history could return to prison after leading police on a brief chase in Boothbay on Saturday, May 13, then crashing his truck, which contained a loaded gun.

Michael L. Brewer, of Union and formerly of Boothbay, faces one charge each of class C possession of a firearm by a prohibited person, class E driving to endanger, and class E violation of condition of release, according to court documents.

On Saturday, the Lincoln County Sheriff’s Office “was made aware” that Brewer was driving his Chevrolet S-10 pickup truck, possibly under the influence, in the Boothbay area, according to an affidavit by Detective Sgt. Ronald Rollins. The sheriff’s office was also aware that Brewer “may have threatened somebody with a firearm earlier in the day” in Boothbay.

Brewer was already wanted on a probation hold after the Waldoboro Police Department had arrested him on a charge of operating under the influence Thursday, May 11, according to the affidavit.

Collamore attempted to stop the vehicle, but Brewer continued along Pension Ridge Road, then turned onto Butler Road, according to Murphy.

Brewer “was driving on the wrong side of the road,” Rollins said in the affidavit. “The vehicle forced two other vehicles off the road and then crashed, rolling onto its side.”

Brewer was ejected and the truck rolled onto his arm, pinning him. The Boothbay Fire Department and Boothbay Region Ambulance Service responded to the scene and Brewer was freed from the vehicle.

Collamore then found a loaded Ruger .22 in the cab of the truck, according to the affidavit.

“There were several rounds in the magazine and one in the chamber,” Rollins said in the affidavit. “A second magazine with live rounds was also found.” 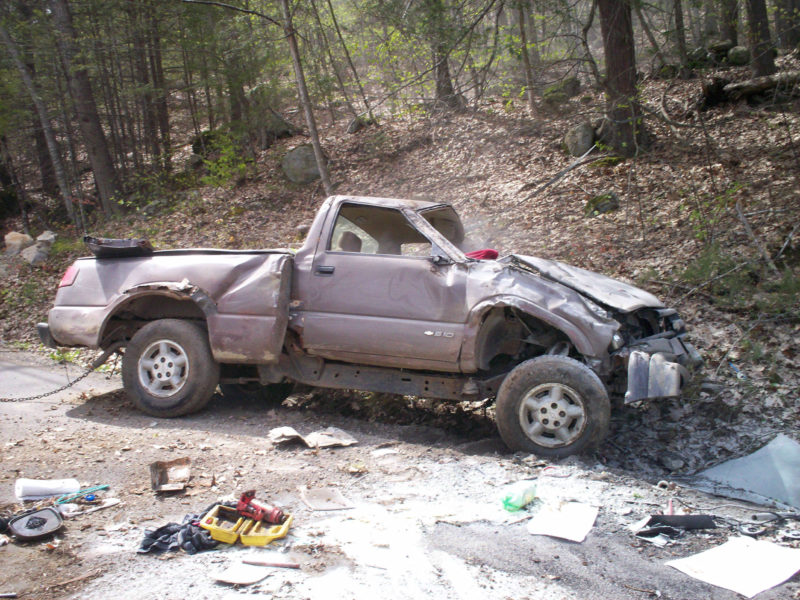 Brewer was not seriously hurt, according to Murphy. He was going over 50 mph, well in excess of the 30-mph limit on Butler Road, but the chase did not reach extreme speeds.

The Boothbay Region Ambulance Service transported him to LincolnHealth’s Miles Campus in Damariscotta, where he was treated and released.

Dakers did not include all the initial charges in the complaint because she did not yet have enough information to do so, she said, but all the charges are being investigated and Brewer will likely face those charges, either in an amended complaint or at indictment.

Brewer remains in custody at Two Bridges Regional Jail in Wiscasset as of the morning of Thursday, May 18, according to jail personnel. He is on a probation hold, which means he will remain in custody even if he makes the $10,000 cash bail on the new charges.

Brewer is on probation for a conviction of burglary in connection with an incident on Barters Island in 2013.

He was sentenced Aug. 25, 2015 to 10 years in prison with all but three years suspended, plus three years of probation. If he violates his probation, he could return to prison for as long as seven years, the remainder of the 10-year sentence. He could face up to an additional five years for the new firearms charge.

Brewer’s criminal history spans his entire adult life and includes several violent crimes, the most serious being a 1988 conviction for attempted murder in connection with the beating of a woman who had implicated him in a theft.

He has at least four prior OUI convictions.