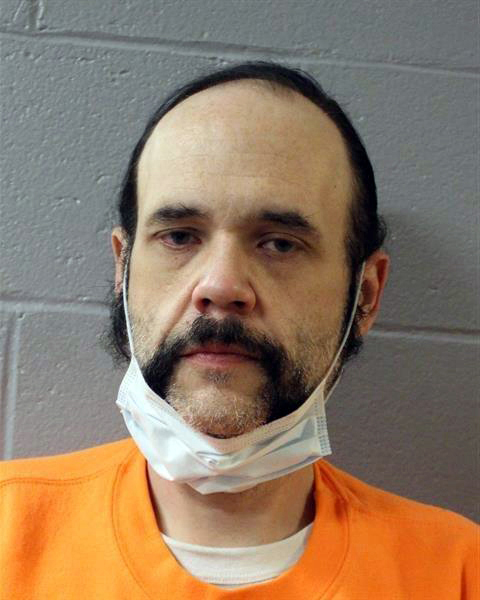 An affidavit by Damariscotta Police Chief Jason Warlick details a young woman’s allegations of abuse by Joseph A. Richards, 45, of Atkinson, when she was a minor, including beatings and sexual assaults. The woman said the abuse started around 2011 and continued until 2019.

She told police she became pregnant while in junior high and Richards assaulted her to cause a miscarriage. She said she did not receive medical attention.

District Attorney Natasha Irving said during a phone interview on Tuesday, Oct. 19, that the prosecutor was pushing for a class A elevated aggravated assault on a pregnant person, but the charge had to be reduced as it was hard to prove beyond a reasonable doubt that the assault caused the termination of the pregnancy, since that is a medical issue and the incident happened many years ago.

She said she is extremely proud of the conviction and all of the hard work of everyone in the Lincoln County District Attorney’s Office, Chief Warlick, and the brave victim who stepped forward to tell her story in court.

“The reality is the victim was a credible victim. It’s really exciting to validate her disclosure and to let her know that we believed her,” Warlick said during a phone interview on Wednesday, Oct. 20.

He said he is happy with the conviction but heartbroken that the victim had to go through the years of abuse and tragic ordeal.

Irving noted how convictions are at an all-time low in Maine and the extremely high standard of proving a case beyond a reasonable doubt takes “really dedicated professional attorneys who are experts in criminal prosecution.”

Irving said she believes the judge saw the victim’s testimony as credible and that it was instrumental in obtaining a conviction.

“She sought justice out for herself and any potential future victims of Mr. Richards,” Irving said.

Warlick agreed that the victim’s bravery in stepping forward was instrumental in the conviction.

“The little girl’s the hero. She was strong enough to come forward and hopefully put him in jail for a long time,” Warlick said.

Irving also said the case was challenging because it was a late report, there were no third-party witnesses to the assaults, and Richards was defended by Jeremy Pratt, who she sees as one of the best defense attorneys in the state.

Irving said that law enforcement put together an “extraordinary” case, with Warlick leading the investigation.

“Jason put the effort in and fought for this case every step of the way and left no stone unturned,” Irving said.

Warlick said the investigation started in March 2020 and that the COVID-19 pandemic delayed the trial.

Warlick said he issued a 25-page report and spoke to over 20 witnesses, medical professionals, and medical providers to corroborate the victim’s story.

“It’s a very different way to investigate. They’re a different animal, you have to have different training,” Warlick said.

Irving also complimented Abriana Delena, the victim advocate for the case at the district attorney’s office, for her dedication. A victim advocate helps explain the court proceedings and process to the victim and keep them informed of what is happening.

This past March, the prosecutor for the case attempted to revoke Richards’ bail after Warlick and retired Maine Game Warden Joey Lefebvre witnessed Richards violating his bail conditions by not notifying the court immediately of an address change and spending time with children.

Richards’ bail conditions prohibit contact with anyone under the age of 18 and specifically “with a family or household member of a victim,” but police saw Richards violate both conditions, according to court documents.

Richards was arrested again in March 21 of this year and remains free on bail after the judge denied the motion to revoke his bail.

A date for a sentencing hearing has not yet been set.