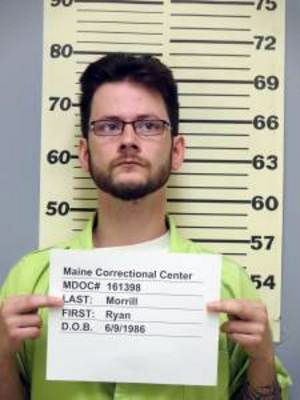 A former dance instructor at a Newcastle studio pleaded guilty June 11 to felony sexual abuse of a former student.

Ryan Tyler Morrill, 32, of North Monmouth, was sentenced to 3 1/2 years in custody with all but one year suspended, plus two years of probation, according to court documents.

In exchange for Morrill’s guilty plea to one count of class C sexual abuse of a minor, the Lincoln County District Attorney’s Office dismissed two more counts, according to court documents.

Morrill must register as a sex offender for 25 years, according to the prosecutor, Assistant District Attorney Matthew Gerety.

Morrill “was involved sexually” with the girl for about 10 months, Lincoln County Sheriff’s Office Lt. Michael Murphy said in a press release at the time of his arrest Feb. 22.

The girl was a student of Morrill’s at Midcoast Dance Studio in Newcastle. Morrill also taught at studios in Auburn, Augusta, Lewiston, Thomaston, and Winthrop, according to the press release.

Cain said she was always nearby during Morrill’s classes. He was never alone with the student at the studio and she did not see any signs of inappropriate behavior.

“It had nothing to do with my studio other than that he met her there, but anything else was on their time, apart from any studio function,” Cain said.

In an interview after Morrill’s sentencing, Cain said she has appreciated the love and support from the studio’s dance family and the community at large in the difficult time since Morrill’s arrest.

“I believe that the judicial system works and they know what they are doing,” she said of his sentence.

Morrill is in custody at the Maine Correctional Center in Windham, according to the Maine Department of Corrections.