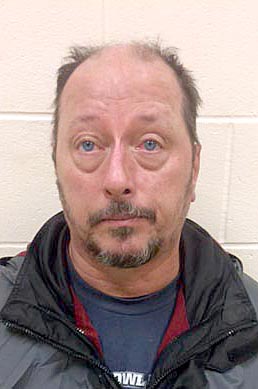 An Augusta man, described as a “disgruntled employee” by law enforcement, pleaded guilty to charges related to the January burglary of Aunt Gin’s Restaurant in Whitefield at the Lincoln County Courthouse on Tuesday, July 24.

John F. Dumas, 51, pleaded guilty to class C burglary and class E theft by unauthorized taking. A third charge, of class E violation of condition of release, was dismissed as a result of the guilty plea.

Dumas was sentenced to three years in custody with all but two months suspended, plus two years of probation for burglary, and 30 days for theft by unauthorized taking. His sentences will be served concurrently to each other and to a sentence in Kennebec County.

He was charged in Kennebec County with illegal possession of a firearm and operating after habitual offender revocation. He was convicted of those charges and recently began an eight-month sentence at the Kennebec County Correctional Facility, according to jail personnel.

Law enforcement recognized the bootprint in a smashed bottle of alcohol outside Dumas’ residence, and obtained a search warrant for the home, where the stolen items were recovered, she said.

Dumas confessed to the burglary, saying he was upset at the owners for denying his unemployment benefits, according to a Lincoln County Sheriff’s Office press release announcing his arrest.

There are some disputes about the facts of the case, but none that would change its outcome, said attorney Scott Hess, who represented Dumas. Dumas has said he did not force entry, as the door was unlocked, Hess said.

Dumas will serve a total of eight months for the Kennebec and Lincoln County convictions. His probation conditions prohibit contact with Steve Dumas or Shorey, ban him from the restaurant, and require him to complete substance abuse evaluation and counseling.