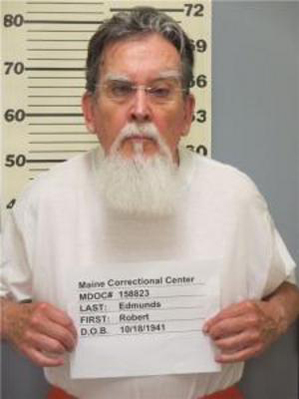 A former Nobleboro man who defrauded local investors of more than $1 million, then sold his business and home, divorced his second wife, and moved to the Caribbean, was sentenced to 18 months in prison Wednesday, Aug. 9, more than 12 years after his disappearance.

Robert H. Edmunds III, 75, pleaded guilty to one count each of sale of unregistered securities, securities fraud, and unlicensed sale of securities, all class C felonies, during a hearing at the Lincoln County Courthouse in Wiscasset. He was sentenced to 18 months for each conviction, but will serve the sentences concurrently.

The sentence does not include restitution to Edmunds’ 24 victims, who lost a total of $1,178,173.21. The investors lived in the Midcoast, including in Lincoln County.

Assistant Attorney General Leanne Robbin, the chief of the financial crimes division at the Maine Attorney General’s Office, presented the state’s case while standing next to a large spreadsheet displaying the names of Edmunds’ victims and each victim’s losses.

“Many of the investors were in their 70s and 80s, and these losses constituted most of their life savings,” Robbin said. While most of the money went to others, Edmunds collected $193,158.62 in commissions.

Edmunds has said he did not intentionally defraud investors. But Robbin outlined years of communications between the state and Edmunds demonstrating his knowing participation in a series of Ponzi schemes.

A Ponzi scheme promises a high rate of return with little risk. The beneficiaries of the scheme use money from new investors to pay “returns” to earlier investors, but the scheme collapses when new investments no longer cover payouts.

As far back as 1998, the state warned Edmunds about securities fraud and offered him assistance if he needed clarification about the legality of a product.

In 2000, a state investigator asked Edmunds about his sale of investments in Web Booth Inc., a Ponzi scheme that collapsed in late 2001.

In November 2002, the state served Edmunds with a notice of intent to take disciplinary action against him in regard to the Web Booth Inc. matter. In January 2003, the office issued a cease-and-desist order directing him to stop selling unregistered securities. In July 2003, the office filed suit against Edmunds. The state and Edmunds reached a settlement in 2004 requiring Edmunds to repay a fraction of investors’ losses.

The Maine Office of Securities learned of Edmunds’ involvement in the schemes in August 2004 and subpoenaed Edmunds on Aug. 28, 2004.

“In about October 2004, Edmunds sold his residence and insurance business, divorced his second wife, and left the state,” Robbin said.

Edmunds would remain at large for almost 12 years, living for several years in the beach resort of Placencia, Belize, on the Caribbean Sea in Central America.

In 2012, a newsletter from a fraternal order in Belize reported a going-away party for Edmunds. Drouin redoubled her efforts with the help of police in Virginia Beach, Va., where Edmunds’ son lives. Virginia Beach police arrested him Sept. 12, 2016.

Maine Superior Court Chief Justice Roland A. Cole presided over the hearing. After Robbin completed her presentation, Cole addressed Edmunds and said, “Are those facts correct?”

“As far as I understand, yes,” Edmunds said. 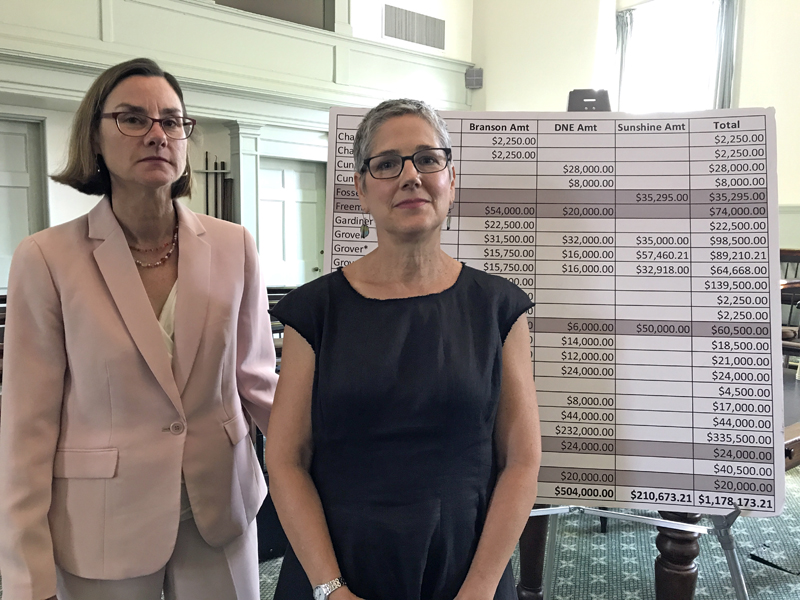 Later, Edmunds apologized for the investors’ losses and for their “pain and suffering” without acknowledging intentional fraud.

“What I am truly guilty of is ignorance and stupidity,” he said. He said he accepted the plea deal because he wants to be able to spend time with his children and grandchildren before he dies.

“The state contends that I targeted the elderly,” he said. “That’s simply not the case. For the most part, the elderly clients I had were personal friends and insurance clients. If I could make them whole today, I would do it in a heartbeat, but I don’t have the ability to do that.”

Robbin had argued for $722,878 in restitution and a longer sentence – four years with two years suspended, plus two years of probation. She said some of Edmunds’ victims believe he must still have some of their money hidden away.

Edmunds has an income of about $1,100 a month – about $700 from Social Security and about $400 from an individual retirement account. “To order restitution would create an excessive financial hardship on him,” Andrus and Madison said in a memo.

One of the victims said he considered Edmunds a friend and often took him fishing. He and his wife lost their savings to Edmunds, forcing both to return to work and live “paycheck to paycheck” at retirement age.

“As he enjoyed the life of luxury on all of our hard-earned life savings in the country of Belize, we were left to pick up the pieces. …  At this time, I am begging the judge and our great state of Maine to impose the (maximum) sentence of incarceration or electronic monitoring, along with (restitution) for this crime,” he said.

Another of the victims talked about the impact of the fraud at the end of her husband’s life.

“We lost a lot of money with (Edmunds) and it was horrible and heartbreaking because when my husband got sick and could not work anymore, we used up all our savings, I had to take out retirement money from my workplace to get us through, we had to sell (a lot) of our assets, and I had to take weeks off from work to take care of my husband until he passed away. … In my opinion, he deserves more (than) 18 months behind bars,” she said.

Chief Justice Cole told Edmunds there was nothing the court could do to restore the victims’ losses. “It’s unfortunate that there’s not any money,” Cole said, but he called the plea agreement “appropriate” under the circumstances.

He said that if any of the victims believe Edmunds deceived the court and still has “significant financial resources,” they could pursue restitution by way of a lawsuit.

Edmunds is in custody at the Maine Correctional Center in Windham, according to the Maine Department of Corrections.