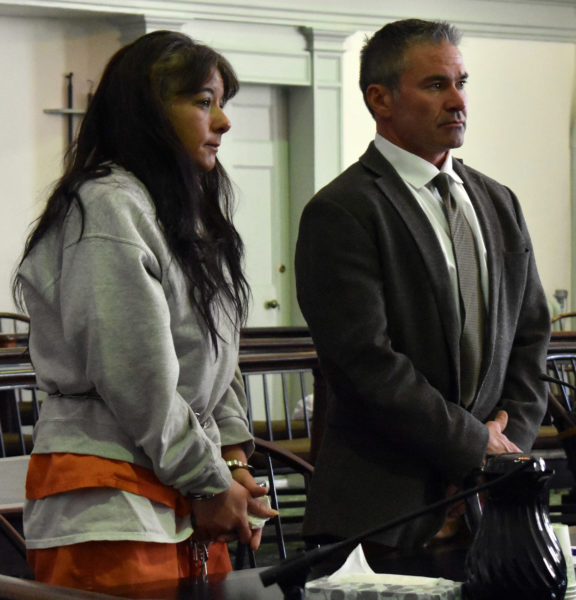 Shawna L. Gatto stands at the defense table with her attorney, Philip S. Cohen, during a hearing at the Lincoln County Courthouse in Wiscasset on Dec. 15, 2017. Gatto’s trial on a charge of depraved indifference murder started Monday, April 1. (J.W. Oliver photo, LCN file)

The bench trial of Shawna L. Gatto, the Wiscasset woman charged with depraved indifference murder in connection with the December 2017 death of 4-year-old Kendall Chick, is underway at the Capital Judicial Center in Augusta.

The trial began Monday, April 1 and is expected to take four days. Maine Superior Court Justice William R. Stokes will determine the verdict, as Gatto, 44, waived her right to a jury trial in August 2018.

Chick lived with her grandfather, Stephen Hood, and Gatto, her primary caregiver and Hood’s fiancee, at 19 Crickets Lane in Wiscasset. The Maine Department of Health and Human Services placed her in the home in January 2017.

A bill before the Maine State Legislature would limit caseloads for state child protective workers as a response to the deaths and the investigation.

The Lincoln County News will publish updates on the trial daily.