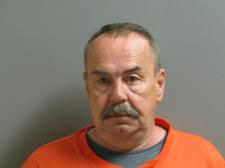 A Jefferson man pleaded guilty May 29 to two counts of felony possession of child pornography.

James S. McGowan III, 59, was sentenced to three years with all but six months suspended, plus two years of probation and $70 in fines, for one of the counts, according to court documents. He received a six-month sentence for the other count, which he will serve at the same time.

His probation conditions prohibit contact with children and prohibit his presence in any place where children gather, such as a playground, school, or YMCA. They prohibit the possession of any device capable of internet access, require him to submit to random searches for such devices, and require him to undergo treatment for sexual offenders.

Class B and C crimes are felonies, while class D crimes are misdemeanors.

The Maine State Police summonsed McGowan on June 19, 2017. He committed the crimes Sept. 22, 2016, according to court documents. The documents do not contain any other details of the investigation.