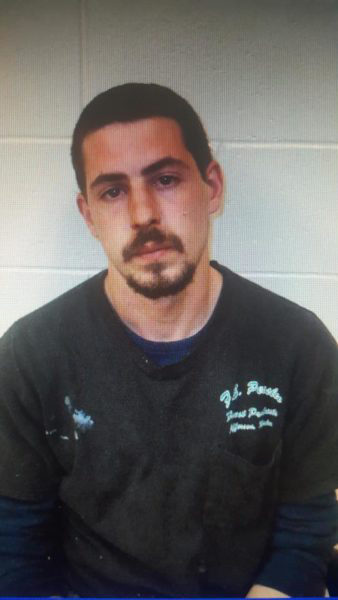 A Jefferson man who fled the scene of a domestic assault Feb. 18, starting a manhunt that ended when he turned himself in three days later, pleaded guilty to aggravated assault, a felony, May 3.

Wayne T. Little, 27, pleaded guilty to class B aggravated assault during a hearing at the Lincoln County Courthouse in Wiscasset, according to court documents. Little’s plea was an Alford guilty plea, similar to a plea of no contest.

The state dismissed three other charges in exchange for Little’s plea: a second count of class B aggravated assault and one count each of class D domestic violence criminal threatening and obstructing report of crime or injury, both misdemeanors.

The state and Little have a tentative agreement in place regarding his sentence, according to Assistant District Attorney Matthew Kanwit. He declined to release the details before sentencing.

Little repeatedly assaulted the victim Feb. 17 and again Feb. 18, according to an affidavit by Lincoln County Sheriff’s Deputy Dwight Fowles.

The woman told police that Little choked her until she couldn’t breathe, “punched her in the face and head,” and later “pulled out some of her hair and slammed her head into the floor and into the kitchen cabinets,” according to the affidavit.

The dismissed charges of obstructing report and threatening stem from the victim telling police that Little took her phone and later threatened to shoot her when she told him she was going to call the police, according to the affidavit. He left the house on foot Feb. 18, prior to deputies’ arrival.

Fowles spoke with Little by phone, but he declined to meet with the deputy, saying “he wasn’t going to go to jail,” Fowles said in the affidavit.

The next day, the sheriff’s office asked the public for assistance with the investigation and indicated that Little might be armed.

“We would like Wayne to surrender peacefully,” the agency said in a Facebook post. “The sheriff’s office has reason to believe Wayne may be armed with a handgun.”

Little turned himself in to the sheriff’s office without incident Feb. 21.

Little will be sentenced at 8:30 a.m. June 12. Kanwit said he expects Little to also plead guilty to class C violation of condition of release, another felony, for contact with the victim May 1 in violation of his bail conditions.

Little will remain free on bail until the hearing. He is participating in the Lincoln County Sheriff’s Office Diversion Program, and must report to the program daily by phone and weekly in person.

His bail conditions prohibit contact with the victim and her child; prohibit the possession or use of alcohol, illegal drugs, and dangerous weapons; require GPS monitoring; and subject Little to random searches and tests to ensure compliance.

Little lists an address in Nobleboro in recent court filings.