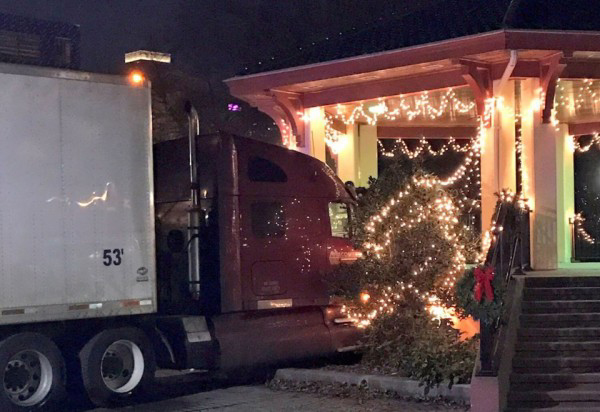 Bruce E. Dunbar, of Jefferson, was arrested the night of Thursday, Dec. 8 after allegedly crashing his tractor-trailer into a gazebo in a Jersey City, N.J., park. Dunbar told police he crashed intentionally, according to The Jersey Journal. (Photo courtesy The Jersey Journal)

A Jefferson man was arrested the night of Thursday, Dec. 8 in Jersey City, N.J., after police say he crashed his tractor-trailer into a gazebo at a city park, and then told them he did it intentionally.

“Cops said he seemed disoriented and ‘non-cognitive’ but passed a field sobriety test, according to a police report,” the paper said.

A witness reported to police that Dunbar ran a stop sign and continued into Hamilton Park at between 5 and 10 mph before crashing into the gazebo at about 10 p.m. Thursday. 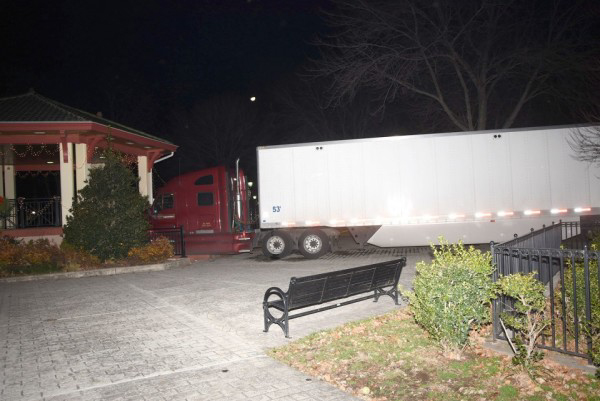 Bruce E. Dunbar, of Jefferson, faces a charge of criminal mischief after allegedly crashing a tractor-trailer into a gazebo in Jersey City, N.J., the night of Thursday, Dec. 8. (Photo courtesy The Jersey Journal)

Police said Dunbar told them he crashed his truck on purpose as he was headed to deliver bottled water to a nearby BJ’s Wholesale Club, according to The Jersey Journal.

The park is located three blocks from where the New Jersey Turnpike enters the Holland Tunnel into New York City, the paper reported.

No injuries were reported, and Dunbar reportedly refused medical attention. The gazebo did not sustain extensive damage.