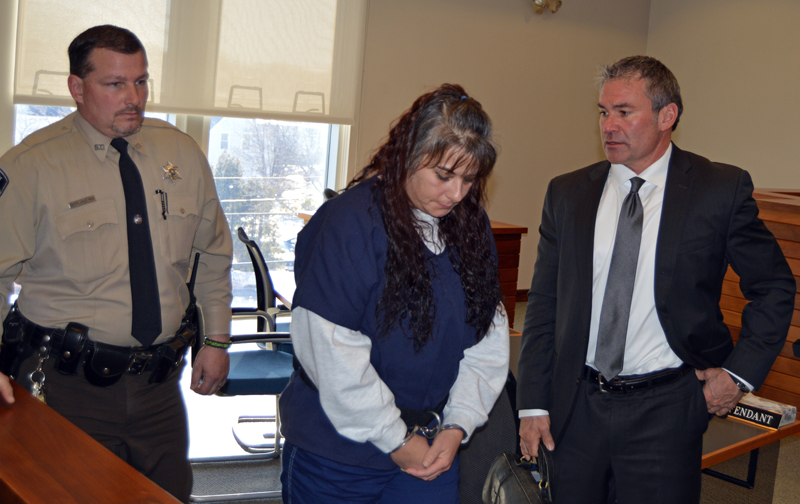 Stokes lowered Gatto’s bail during a hearing in Knox County Superior Court in Rockland. The hearing was in Rockland because Stokes is presiding over a manslaughter trial there.

Gatto’s attorney, Philip S. Cohen, argued for $100,000 surety bail, which would allow Gatto to post bail with real estate instead of cash. Cohen said Gatto is a low flight risk because her family lives in the area, including her mother.

If Gatto does make bail, she would remain under house arrest and would have to wear an ankle monitor, Stokes said. She would live with her mother in Wiscasset, as her bail conditions prohibit contact with her fiance.

She could only leave the home to go to medical appointments under the supervision of the Lincoln County Sheriff’s Office. She could not have contact with children under 12.

The prosecutor, Assistant Attorney General John Alsop, said Gatto’s criminal record consists of a single conviction for shoplifting five years ago. Examinations of Gatto’s grandchildren, who were also in her care at the time of the girl’s death, did not show any injuries.

Cohen said he might pursue another bail hearing after he receives discovery, or state’s evidence, from the Maine Attorney General’s Office.

Cohen and his co-counsel, Jeremy Pratt, said the defense will gather more facts and await more information from the state. “We were essentially flying blind,” Cohen said of the bail hearing.

Gatto has been charged with depraved indifference murder in connection with the death of 4-year-old Kendall Chick. She pleaded not guilty to the charge Jan. 12.

Chick lived with her grandfather, Stephen Hood, 53, and Gatto, her primary caregiver, at 19 Crickets Lane in Wiscasset. The Maine Department of Health and Human Services placed her in the home in January 2017.

Chick died of a blunt-force injury to the abdomen that caused “lacerations of her pancreas” and other internal injuries, according to police reports. She also sustained blunt-force trauma to the head and numerous other injuries, and showed signs of “chronic physiological stress.”

Gatto was Chick’s primary caregiver and told investigators she was the only person alone with her the day of her death, according to the detective’s report. Police found evidence of “trauma and subsequent cleanup” of blood in multiple rooms in the house.

If convicted, she faces 25 years to life in prison.