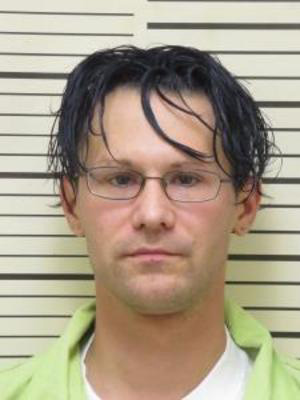 A Thomaston man has begun a 3.5-year prison sentence for the non-fatal shooting of a 24-year-old woman on Southport Island in June.

On Wednesday, Nov. 28, District Court Judge Barbara Raimondi sentenced Wigglesworth to 10 years in prison with all but 3.5 years suspended, plus three years of probation, for one of the counts of aggravated assault.

For the second count of aggravated assault, she sentenced him to 2.5 years, all suspended, with three more years of probation, which will run consecutive to the first three years for a total of six years of probation. Additional 3.5-year sentences for each of the class C felonies will run concurrent to his sentence on the first count.

According to Assistant District Attorney Matthew R. Gerety, his probation conditions mandate payment of restitution and treatment for mental health issues. The conditions prohibit contact with the victims, prohibit his possession or use of dangerous weapons, and subject him to random searches for dangerous weapons.

The sentence was the result of a joint recommendation by the attorneys. Jeremy Pratt, of the Camden firm Pratt & Simmons P.A., represented Wigglesworth.

Before Raimondi sentenced Wigglesworth, the gunshot victim read a statement to the court.

She said the bullet severed her radial nerve, requiring a four-hour surgery with nerve grafting.

She has some feeling back in her arm and some ability to write again, and is now able to work. She has post-traumatic stress disorder as a result of the shooting.

The victim said she has struggled to forgive herself after the shooting.

Raimondi commended the victim for the bravery she demonstrated with her testimony and urged her not to blame herself for what happened.

“It sounds like a horrible and traumatic experience for you,” Raimondi said. “I hear you saying you will never forgive yourself and I hope you do, because it seems to me you have suffered a lot, and not just physically.”

“You are assuming some share of responsibility for what happened, but as I see it, you are the victim here, and it is important Mr. Wigglesworth also pays his price,” Raimondi said. “I hope he heard you today and hope he has some understanding of the damage he has caused.”

After the sentencing, Wigglesworth paid $175 in victim compensation fees before Lincoln County sheriff’s deputies took him into custody at the courthouse.

Gerety said the state was satisfied with the outcome of the case.

Wigglesworth shot the woman and assaulted the man at a residence on Church Street, Southport Island, at about 10:48 p.m., Thursday, June 21, according to a statement from the Lincoln County Sheriff’s Office at the time of the incident. The sheriff’s office recovered a .22 caliber rifle at the scene and arrested Wigglesworth the same evening.

Wigglesworth knew the victims. “Initial indications point to domestic violence based upon the relationship between the suspect and the female,” the sheriff’s office said in the press release.

The Boothbay Harbor Police Department assisted LCSO deputies and detectives at the scene.

Wigglesworth is in custody at the Maine Correctional Center in Windham, according to the Maine Department of Corrections.