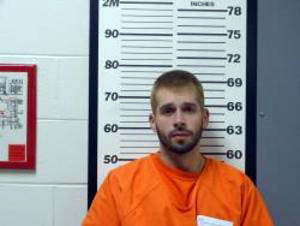 A former Waldoboro man with multiple prior robbery and theft convictions faces another robbery charge in connection with an incident in Waldoboro in November 2018.

Joshua W. Ellis, 35, faces one count each of class B burglary, class B robbery, class C criminal threatening with a dangerous weapon, class C theft by unauthorized taking, and class D assault. A Lincoln County grand jury indicted him on the charges Jan. 7.

Ellis is currently serving a one-year sentence at the Maine State Prison for an August 2018 theft conviction out of Knox County, according to the Maine Department of Corrections.

Ellis allegedly assaulted a man, threatened him with “a knife and/or firearm,” and stole $200 on Nov. 2, 2018, according to his indictment on the new charges. The incident was in a mobile home park on Lady Slipper Lane, off Route 235.

Handelman cast doubt on the evidence against Ellis in a Dec. 11, 2019 motion. The victim has changed his account, first saying Ellis robbed him at gunpoint and later saying he used a knife, Handelman said.

“He did not call law enforcement for half a day, was confused, slightly incoherent, and likely intoxicated while describing his version of events to law enforcement,” Handelman said in the motion. “Additionally, the alleged victim is a known drug dealer who may be using the allegations of a robbery to provide cover for a drug transaction gone awry.”

Ellis has prior robbery and theft convictions from incidents in 2010 and 2013.

In 2013, he robbed a 16-year-old alleged oxycodone dealer in Nobleboro, assaulting the teen and stealing money from him. He was arrested in Palm Beach County, Fla. four months later and eventually sentenced to 3 1/2 years in prison for theft.

In January 2010, he robbed a Rockland woman’s home twice and was sentenced to seven years in prison with all but three years suspended. He was sentenced to serve the four remaining years when he violated his probation with the 2013 incident.

Ellis is scheduled to appear at the Lincoln County Courthouse in Wiscasset for arraignment at 8:30 a.m., Monday, March 9.

A grand jury reviews state evidence and returns an indictment if it finds the evidence sufficient to justify a trial. An indictment is not a finding of guilt.