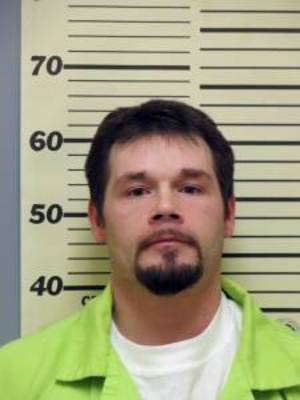 A former Waldoboro man on probation for a burglary in Somerset County has been sentenced to four years in prison for a series of burglaries and thefts in Damariscotta and Waldoboro.

Kodi E. Merrill, 33, will serve the sentence at the same time as a 4 1/2-year probation revocation in the Somerset County case. Merrill must pay a maximum of $2,660 in restitution to his victims, as well as $370 in fines.

He also pleaded guilty to one count of class E attaching false plates, a misdemeanor, and received an unconditional discharge.

He was sentenced to four years in prison on each of two counts, one of burglary and one of theft by unauthorized taking. He will serve those sentences concurrently.

For each of the other eight felonies, he was sentenced to five years in custody, all suspended, plus three years of probation. He will serve those sentences concurrently with each other but consecutively to his other sentences.

The effect is 4 1/2 years in prison up front, followed by three years of probation. If he violates probation, he could return to custody for up to five more years.

Merrill’s probation conditions require him to undergo treatment for substance abuse and submit to random searches and tests for illegal drugs. The conditions prohibit contact with the victims of the crimes.

Rollins and Officer Jeffery Fuller, of the Waldoboro Police Department, started investigating when a Waldoboro shop owner who had bought items from Merrill contacted the police department. A man had come into the shop and recognized a Stihl chainsaw and thread taps, which the shop owner had bought from Merrill, as his own.

According to an affidavit by Rollins, Merrill sold solar equipment, three chainsaws, other tools, and a piece of art to the shop owner.

The solar equipment was in a package with an Alna address on it. With the address, Rollins tracked the equipment, which had been resold twice, to its rightful owner in Damariscotta.

Merrill eventually admitted to taking the solar equipment and a small gas can from the Damariscotta man’s shed when he was cleaning out the attic of a neighbor’s house, according to Rollins.

Merrill stole several other items, including a vehicle, a cant dog (a type of logging tool), statues, a drill set, a nail gun, and an antique German beer mug, according to court documents.