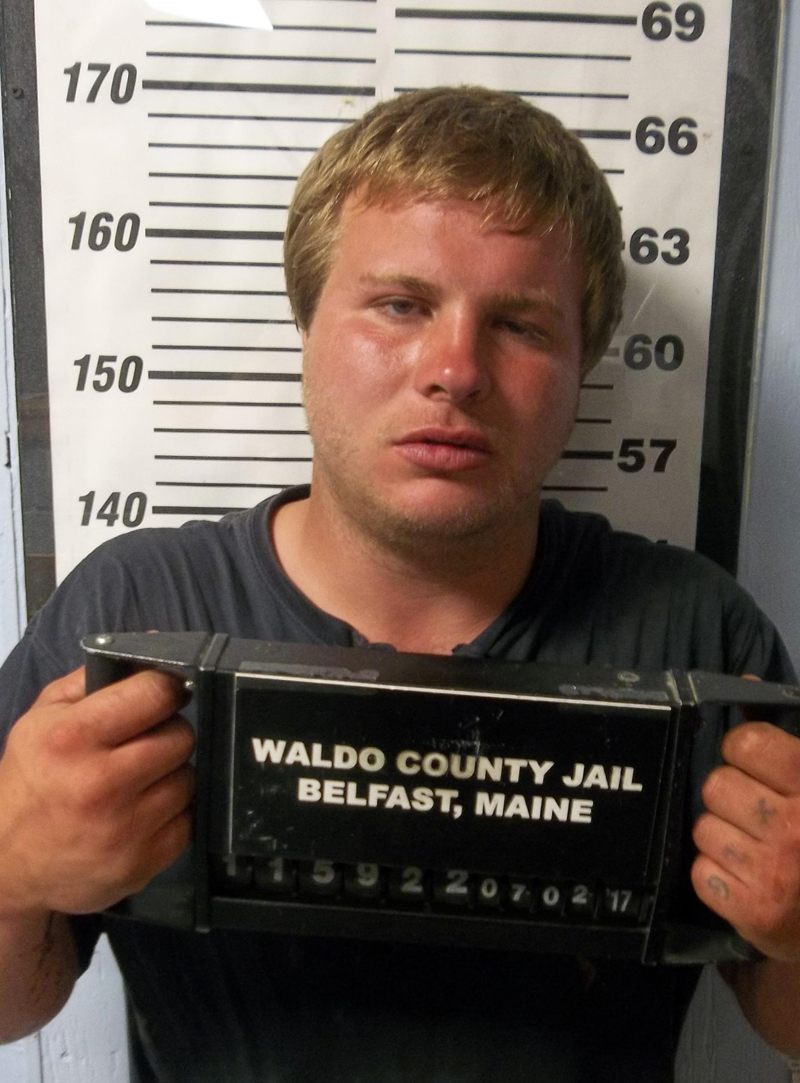 A Waldoboro man who allegedly choked another individual until they were unconscious and vandalized the person’s car in Searsmont early Sunday, July 2 faces felony charges of aggravated assault and aggravated criminal mischief.

Joseph Brann, 22, was visiting relatives on West Appleton Road in Searsmont at the time of the incident, according to a press release from the Waldo County Sheriff’s Office.

After drinking alcohol and socializing for some time, an argument started between Brann and occupants of the residence, according to the press release. One of the people present asked Brann to leave, but Brann “became upset.”

Waldo County Sheriff’s Deputies Dean Jackson and Ryan Jackson were told that Brann broke the windows and dented the body of a car belonging to the person who asked him to leave, according to the press release. They were also told that he punched the person and “strangled them until they lost consciousness.”

The deputies responded to the residence at 2 a.m. Sunday after receiving a complaint of an assault. They arrested Brann and took him to the Waldo County Correctional Center in Belfast. He was released the next day on $500 cash bail.

The class B charges carry a maximum penalty of 10 years in prison.