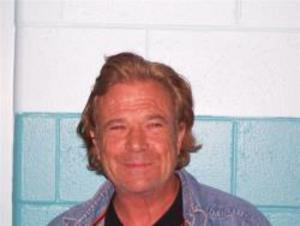 A Waldoboro man convicted of grand theft in Florida after police found $200,000 of stolen gold under a false floor in his basement almost two years ago has returned to Lincoln County and pleaded guilty to possessing firearms and heroin.

Kevin S. King, 55, pleaded guilty July 24 to one count each of class C possession of a firearm by a prohibited person and class C unlawful possession of scheduled drugs, both felonies, according to court documents.

He was sentenced to 2 1/2 years in custody with all but 30 days suspended, plus two years of probation, on the firearms charge, and a concurrent 30 days, plus a $400 fine, on the drug charge.

His probation conditions prohibit the possession or use of alcohol, illegal drugs, and firearms; require him to submit to random searches and tests to ensure compliance; and require treatment for substance abuse at the direction of his probation officer.

The state dismissed a count of class B theft by receiving stolen property. Assistant District Attorney Katie Dakers, in a dismissal form, said a court would not likely impose an additional sentence for the theft after King’s conviction and 366-day prison sentence in Florida.

Dakers said the state considered King’s sentence in Florida, his voluntary participation in counseling for substance abuse, his “extremely poor health,” and his good behavior while on bail as factors in his sentence for the other crimes.

The plea bargain brings an end to a case involving the theft of hundreds of thousands of dollars worth of Krugerrands – a gold coin of South Africa – from an 82-year-old collector in 2014 and the discovery of the gold, as well as an assault rifle, a large quantity of ammunition, five other guns, and heroin, in King’s Bremen Road home after an incident in a Waldoboro doctor’s office.

On Sept. 26, 2014, King, who owned National Numismatic & Precious Metals LLC in West Palm Beach, Fla., met with Jerome Price, then 82, of North Palm Beach, in nearby Jupiter to negotiate the sale of Price’s collection of Krugerrands.

Reports in two local newspapers, the Palm Beach Post and the Sun Sentinel, detail the case.

Price had sold King 15 coins the previous year and King told him he had found a buyer who would pay $633,000 for the rest of the collection – 490 coins. Price told King it had taken him more than 75 years to collect the coins, but he needed the money.

The two men discussed the sale in Price’s car before going into a local deli at King’s suggestion. The briefcase containing the coins was in the car, and King deliberately left his door ajar, according to the reports, which cite the Jupiter Police Department.

Once inside the deli, King reportedly texted another man to pick up the briefcase. When Price returned to his vehicle, the briefcase was gone.

Florida police did not charge King’s associate, who told police King asked him to pick up a briefcase he had left in a friend’s car. The man said he didn’t know about the coins.

While free on bail, King returned to Waldoboro. His “erratic behavior” in the lobby of a local doctor’s office triggered an investigation, according to a press release from the Waldoboro Police Department. Police did not provide details on the behavior.

A background check revealed a long criminal history and the pending charges in Florida. Police learned that King had firearms at the residence. As a convicted felon, he cannot legally possess firearms.

King’s criminal history spans his entire adult life and includes prior convictions for felony drug and gun crimes, as well as perjury.

On Nov. 17, 2015, the Waldoboro Police Department, with the assistance of the Lincoln County Sheriff’s Office and the Maine Drug Enforcement Agency, executed a search warrant at King’s residence.

Law enforcement seized an assault rifle, two handguns, and a shotgun, as well as “a large cache” of ammunition, about 4 grams of heroin, prescription drugs, a digital scale, other drug paraphernalia, and five of the gold coins, according to the press release. King was arrested the same day.

After further investigation, the Waldoboro Police Department, with the assistance of a Maine State Police K-9 unit, executed a second search warrant at the residence.

During the second search, police seized two more guns, about 150-200 gold coins worth about $200,000, and five 100-ounce silver bars worth about $10,000, all under the false floor in the basement, according to the press release.

King was extradited to Florida around the end of 2015.

He pleaded guilty to a charge of grand theft over $100,000 in a Palm Beach County court March 24, according to court documents. The prosecution dismissed a charge of money laundering.

King was sentenced to 366 days in the Florida State Prison, with credit for 144 days served, and ordered to pay $519.05 in court costs and fines. He forfeited the gold coins, then in the custody of the Jupiter Police Department, which was to return the coins to Price.

Waldoboro attorney Philip S. Cohen briefly represented King, but withdrew in December 2015. Brunswick attorney Andrew B. Wright represented King throughout the remainder of the case. Wright did not respond to a request for comment.