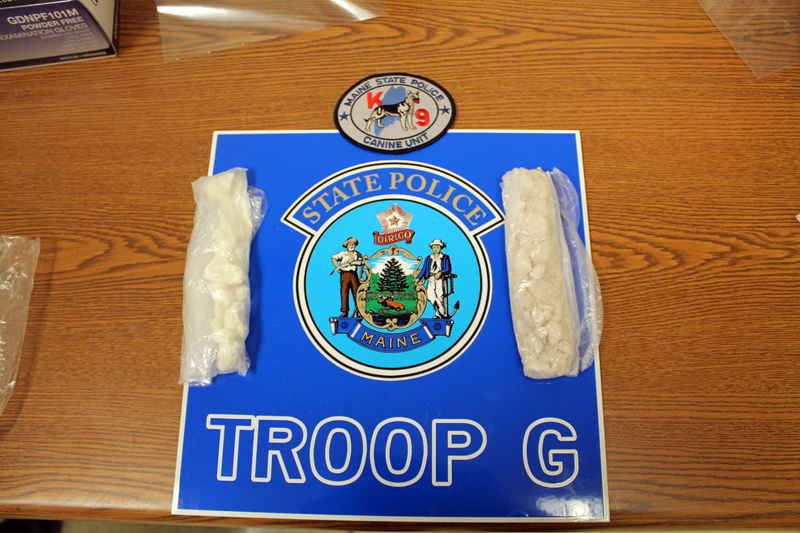 Maine State Police seized crack cocaine and heroin from a Waldoboro woman and a Waterville man during a traffic stop on the Maine Turnpike in Ogunquit on Wednesday, Jan. 31.

Maine State Police say a man from Waterville and a woman from Waldoboro face heroin and cocaine charges after their car was stopped on the Maine Turnpike in Ogunquit late Wednesday, Jan. 31.

Trooper Jesse Duda stopped the couple’s vehicle at mile 13 for a traffic violation just before midnight, as the couple was headed north. The street value of the drugs is several thousand dollars.