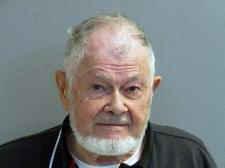 An 83-year-old Wiscasset man has been sentenced to 15 years in prison for the sexual assault of a young girl.

Eugene Sukeforth had pleaded guilty to a single count of class A gross sexual assault Nov. 27, 2018, although the victim says his abuse continued for almost a decade. He was sentenced during a hearing at the Lincoln County Courthouse in Wiscasset on Monday, Feb. 11.

If he outlives his prison sentence, he would have to register as a sex offender and remain on supervised release for the rest of his life.

The conditions of his release would require GPS monitoring and sex offender treatment, prohibit contact with the victim and members of her immediate family who wish to avoid it, prohibit contact with children under 16, prohibit his possession of sexually explicit materials and allow random searches of certain electronic devices, and bar him from places where children gather, such as parks and schools.

The Lincoln County News does not identify victims of sexual assault.

Superior Court Justice Daniel Billings presided over the hearing. Among those in attendance, Billings noted the distinct sides of support for the victim and the defendant.

“It’s kind of stark to me and frankly somewhat shocking, looking out at this courtroom,” he said.

He addressed the support for Eugene Sukeforth again in a final statement.

“I live in this community and I didn’t know Mr. Sukeforth,” Billings said, but people have told him “how surprised they were to see somebody like him … charged with this kind of crime.”

“On the other hand, to the extent that any of you doubt that this happened, I think you are making a big mistake,” he said.

Billings said he understands supporting family, but added, “The same concern or even a greater level of concern is due to his victim, and I hope going forward today that is displayed by all of you.”

Before Monday’s hearing, the prosecution and defense had agreed to a minimum sentence of eight years and a maximum of 15.

Gerety described the events leading up to the sentence hearing and spoke about aggravating factors in the case, including the grooming of the victim, persuading the victim not to tell anyone about the assaults, the power imbalance between a minor and an adult, the emotional and mental impact on the victim, and harm to the victim’s family.

The judge received more than 10 letters in support of Sukeforth.

A statement by the victim was read by Kim Westrich, a victim advocate with the district attorney’s office, and the victim’s mother read a statement.

“I was sad when I realized what he had done to me and how he manipulated me and took a lot from me,” the victim said in the statement. “He took my innocence, he took my childhood, and in the long run he took my happiness. I never got to live like a kid. He shattered my self-confidence and my sanity.”

“I am terrified of what he has taken away from my future,” the victim said. “How will I have a husband? I have always wanted kids, but I don’t know if I can be touched again by a man.”

The mother shared her thoughts since learning of the abuse. She said her daughter believed the abuse was her fault. She sometimes misses school, experiences nightmares, and does not like being touched.

“Do you know how hard it is for a mother, who wants to hug their child, and she doesn’t want to be touched?” the mother said. “He’s stolen that from me.”

After Paris spoke, four people spoke in support of Eugene Sukeforth, including two of his sons, a granddaughter, and a friend.

The supporters were not present to hear Westrich read the victim’s statement or to hear the mother’s statement because they thought they had to stay out of the courtroom until they spoke.

Son Gregory Sukeforth spoke first. “My father’s been an excellent role model to me and I can’t begin to put into words his selfless giving to others financially, or with his time and knowledge, or working skills,” he said.

The third person to speak was Rachel Wallace, a granddaughter of Eugene Sukeforth’s.

“I’ve never had a negative or questionable experience with my grandfather,” she said, and she has lived most of her life in close proximity to him.

At the end of her statement, Billings said, “Ma’am, do you believe this didn’t happen?”

“I don’t know, but I believe he’s a good man and no matter what I feel he has lived his life justly and good, and I don’t think that should just be thrown away,” Wallace said.

The other speakers mentioned Sukeforth’s generosity to his employees when he owned a store in Wiscasset. They said he lent families money, helped people who needed transportation, and fixed electrical issues in people’s homes.

Sukeforth spoke last before his sentencing. He repeatedly apologized for his actions.

At the end of the hearing, Sukeforth was handcuffed and transported to prison to start his sentence. Gerety did not know where he would begin the sentence.