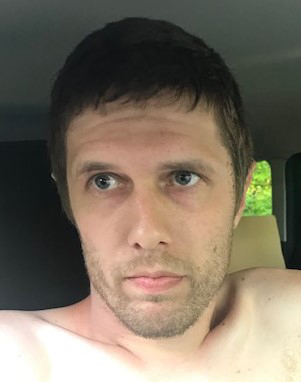 A Wiscasset man has been arrested after allegedly fleeing police by car at 100 mph, crashing, then fleeing on foot May 24, and fleeing police on foot again June 4.

The Lincoln County Sheriff’s Office arrested Daniel H. Lewis, 26, without incident on Wawenock Road in Edgecomb on Thursday, June 6, according to a press release from the sheriff’s office.

According to Wiscasset Police Chief Larry Hesseltine, Barnes did not pursue Lewis for safety reasons because Lewis was driving erratically, passing vehicles on the right, and speeding up to 100 mph.

Barnes continued in the same direction as Lewis, however, and found the vehicle where it left Main Road in Westport Island and hit a tree.

“Mr. Lewis, who (Barnes) recognized, got out of the vehicle and fled on foot,” Hesseltine said.

Barnes traveled on foot for a short distance without catching up to Lewis.

Hesseltine did not have the year, make, or model of Lewis’ vehicle because the plates did not match the car.

At about 6:30 p.m. June 4, the Wiscasset Police Department learned that Lewis was at a residence on Bradford Road, Hesseltine said.

The Wiscasset Police Department, along with two units from the Lincoln County Sheriff’s Office, went to the residence to locate Lewis in connection with the previous incident.

Hesseltine was at the scene, and when he got out of his cruiser, Lewis ran off.

“I pursued him on foot for a short ways before we got tangled up in a swamp and lost sight of each other,” Hesseltine said.

For the first incident, Lewis faces charges of attaching false plates, criminal speeding, driving to endanger, eluding an officer, failure to stop for an officer, leaving the scene of a property damage accident, and refusing to submit to arrest.

For the second incident, he was charged with refusing to submit to arrest.