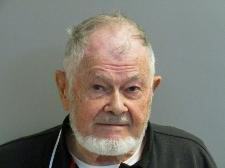 The district attorney’s office plans to ask for a sentence of eight to 15 years in prison for an 83-year-old Wiscasset man who pleaded guilty to one count of class A gross sexual assault Tuesday, Nov. 27.

Eugene Sukeforth entered the plea during a hearing at the Lincoln County Courthouse in Wiscasset, accompanied by his attorney, David Paris.

After his prison sentence, Sukeforth would be on probation. His probation conditions would bar contact with the victim or with any child under the age of 16, and would prohibit the possession of sexually explicit materials.