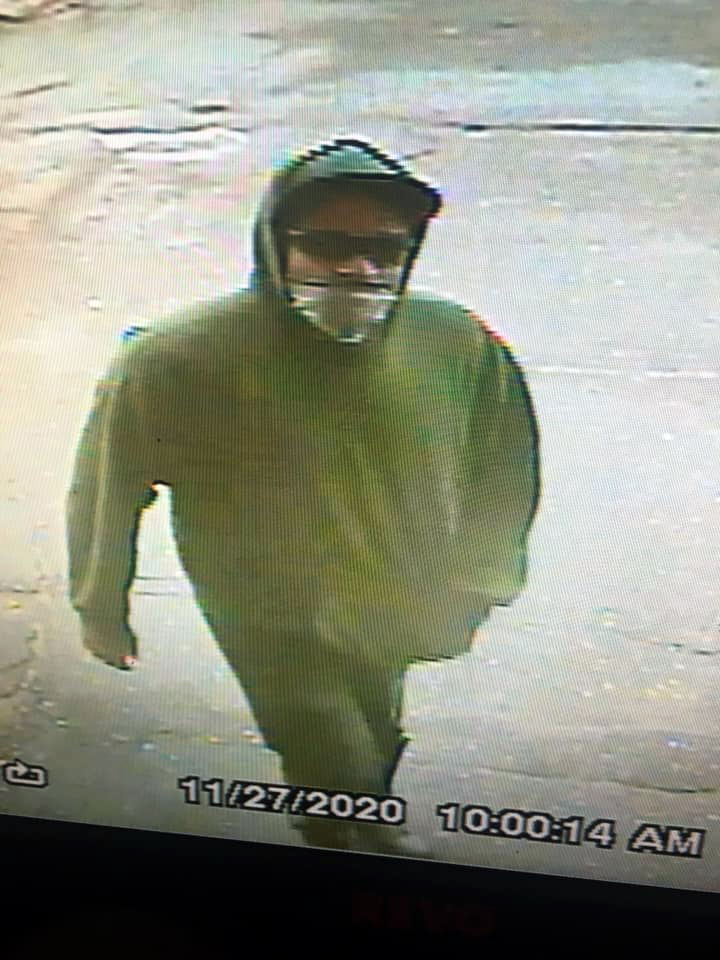 A surveillance image shows a suspect in an armed robbery at Maxwell’s Market & Deli in Wiscasset on Friday, Nov. 27.

Sgt. Perry Hatch, of the Wiscasset Police Department, told The Times Record that two employees were in the store at the time. No one was hurt.

The man was last seen running north on Route 27, toward Dresden, according to a Facebook post by the Wiscasset Police Department. Hatch told The Times Record that police used a dog to track him to a parking area, so they believe he left the area in a vehicle.

The man wore a hood, mask, and sunglasses during the incident. He is described as a thin Hispanic or Black man, 6 feet, 5 inches tall and about 35 years old.

Anyone with information about the incident is asked to call the Wiscasset Police Department at 882-8202.