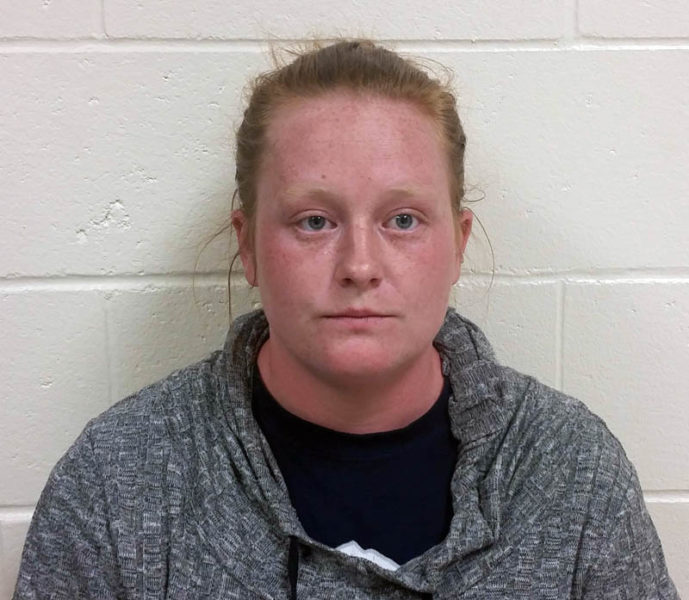 A Wiscasset woman who police say was the supplier of a Wiscasset man who died of a heroin overdose in August 2016 has been sentenced to two years in prison.

Ashley L. Dowdy, 29, pleaded guilty Feb. 27 to one count of class B illegal importation of scheduled drugs and two counts of class B unlawful trafficking in schedule W drugs (heroin), all felonies, according to court documents.

Judge Barbara Raimondi sentenced Dowdy to six years in custody with all but two years suspended, plus three years of probation, on one of the trafficking counts, according to court documents. She received concurrent two-year sentences for the other two counts.

Dowdy must also pay a total of $1,545 in fines. She will begin her sentence at 1 p.m., Tuesday, March 28. She remains free on bail in the meantime, but must abide by a curfew and report to the Lincoln County Sheriff’s Office Diversion Program daily.

Dowdy’s probation conditions prohibit the possession or use of alcohol or marijuana and require her to submit to random searches and tests for the same, as well as for illegal drugs. She must also complete treatment for substance abuse.

Dowdy would travel to the area of Lawrence, Mass. to buy heroin and bring it back for resale in the Wiscasset area, according to an affidavit by a Maine Drug Enforcement Agency investigator.

Lincoln County Sheriff’s Office detectives responded to the scene of the Wiscasset man’s overdose death Aug. 12, 2016, according to the affidavit. Investigators identified Dowdy as his supplier through cellphone records.

On Sept. 9, MDEA and Maine State Police personnel attempted to stop Dowdy on Interstate 95 during a return trip from Massachusetts, according to the affidavit.

Dowdy allegedly did not stop, and during a chase lasting a few miles, she, along with two passengers, allegedly emptied plastic bags out of the vehicle’s windows, then disposed of the bags out the windows, according to the affidavit. The incident was recorded on video.

Law enforcement found three plastic bags in the area that had been ripped open. The investigator conducted a field test on one of the bags, which tested positive for heroin, according to the affidavit.

The two men who were passengers in Dowdy’s car during the chase also face charges.

A Lincoln County grand jury indicted Allen and Andretta on March 16. Dowdy had waived indictment prior to her sentencing.

Andretta was allegedly Dowdy’s link to her heroin supplier in Massachusetts and would purchase heroin for Dowdy, Allen, and others, according to the affidavit. Allen was allegedly involved in the distribution of heroin in the Wiscasset area.

Allen was arrested at his home Oct. 3. Maine State Police arrested Andretta in Portland on Oct. 7 on warrants out of Lincoln County.

Allen’s next court date is May 22. Andretta’s case is scheduled for jury selection April 6.