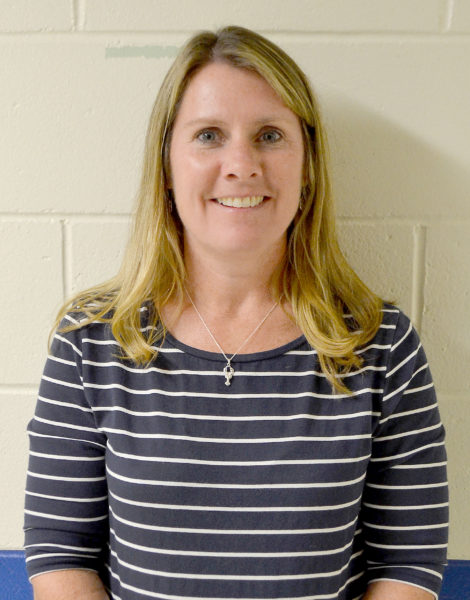 For 16 years, Kami Peaslee has greeted Great Salt Bay Community School students at the beginning of each school year as a classroom teacher. This year, she stood at GSB’s front door welcoming students as their assistant principal.

Peaslee, a native of Wiscasset who now lives in Damariscotta, replaces Ira Michaud, who departed GSB in July to become principal of the Edgecomb Eddy School.

Peaslee credits her love of babysitting and her summers working for the Wiscasset Recreation Department as her inspiration to pursue a career in education. She studied elementary education at the University of Maine at Farmington and later attended the University of Southern Maine, where she earned her master’s degree in educational leadership in 2001, the same year she started teaching at GSB.

Peaslee taught third grade for her first year at GSB before teaching a “looping class” for eight years – teaching a first-grade class and then following the students to second grade. For the past seven years, she has taught first grade only.

For 14 years, Peaslee was the leader of the Damariscotta Area Teachers Association, the teachers union at the school. She has watched the school evolve, from changes in faculty and staff to new approaches in education.

“The family feel among the staff has remained the same through the years,” Peaslee said. “We are certainly a staff that takes care of one another.”

One example was in 2003, when Peaslee’s husband, Steve Peaslee, was deployed in Kuwait with the Army National Guard. Halfway through his deployment, he was scheduled to return to Maine for a visit, but at the last minute, the ticket was rescinded.

Peaslee had gone into the school’s office to cancel the days without pay she had planned to take and tell the secretary about the change in plans. That same afternoon, then-Principal Dick Marchi called the entire faculty and staff together for a meeting.

“I remember thinking, ‘Why are we having a meeting?’ and then he presented me an envelope of money to bring Steve home,” Peaslee said. “That day, they had collected over $1,000 so I could buy him a plane ticket. I knew I would always stay at GSB, but that moment just shows what type of people work there and the family that’s formed.”

The opportunity to apply for the assistant principal position “came at the right time” for Peaslee for a couple of reasons, she said, including the chance to work alongside GSB Principal Kim Schaff. Schaff has been a staff member at GSB since 1994.

“I have always known Kim and I would make a great team for GSB,” Peaslee said. “We both have a lot of energy, we love the school, and we care about all of the people in our school community.”

The interview process for the position was simpler than when Peaslee applied for a teaching job, she said. Schaff, along with Central Lincoln County School System interim Superintendent Jim Hodgkin and two members of the Great Salt Bay School Committee, interviewed her in the principal’s office.

Later that day, Peaslee received a call from Schaff offering her the job. “I was psyched!” Peaslee said.

Having had a few months to settle into the new role, Peaslee said she loves being assistant principal. She is still able to be in the classroom, observing and helping students and teachers, while also working alongside Schaff, who has already taught Peaslee a lot, she said.

“Kim respects the staff, so working with her as assistant principal is not a lot different than being a teacher; I just see more of her,” Peaslee said. “I have a lot to learn on the administrative side of things, and I am learning as I go.”

In addition to attending meetings of various committees within the school and handling disciplinary issues, Peaslee also covers recess and lunch duties whenever she can. One of the highlights of her day is covering the kindergarten lunch period and recess, she said.

Months after the beginning of the school year, Peaslee is still receiving congratulations about the new position. There are, however, some people in the school community who were a bit perturbed by the change.

“The ones troubled by it the most were the students who were counting on having me as their first-grade teacher this year!” Peaslee said. 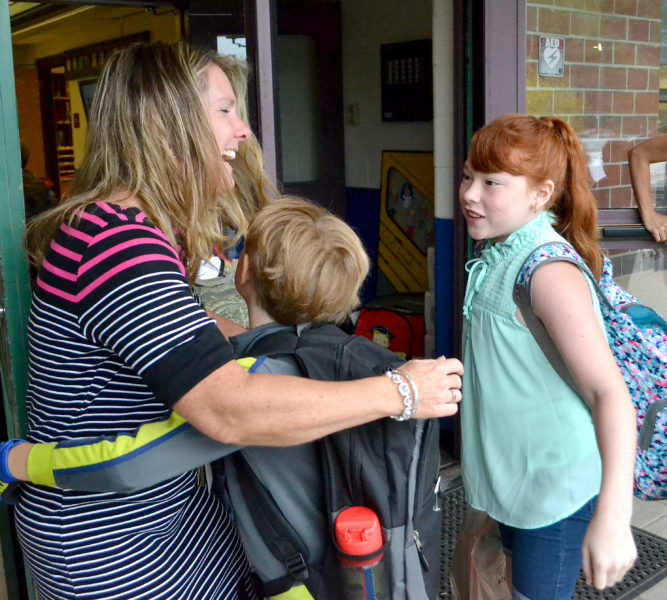