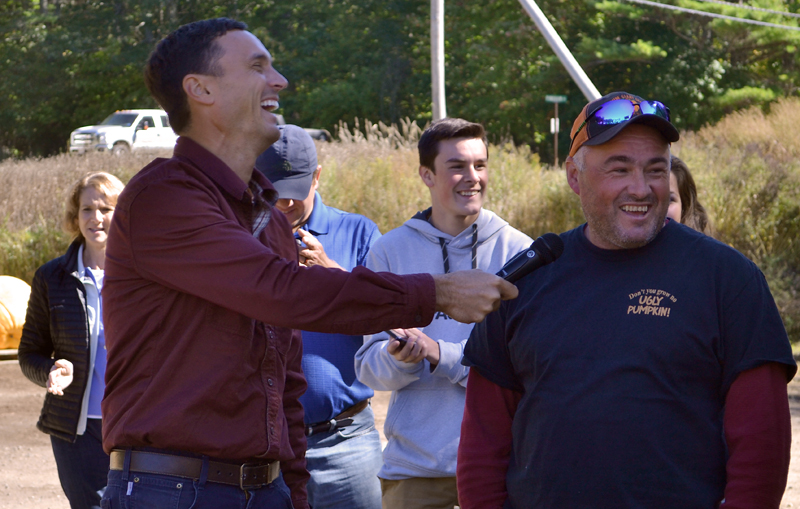 Close to 100 people witnessed the breaking of the state record for heaviest pumpkin at Pinkham’s Plantation in Damariscotta on Sunday, Oct. 1, during the Damariscotta Pumpkinfest’s annual giant pumpkin weigh-off. 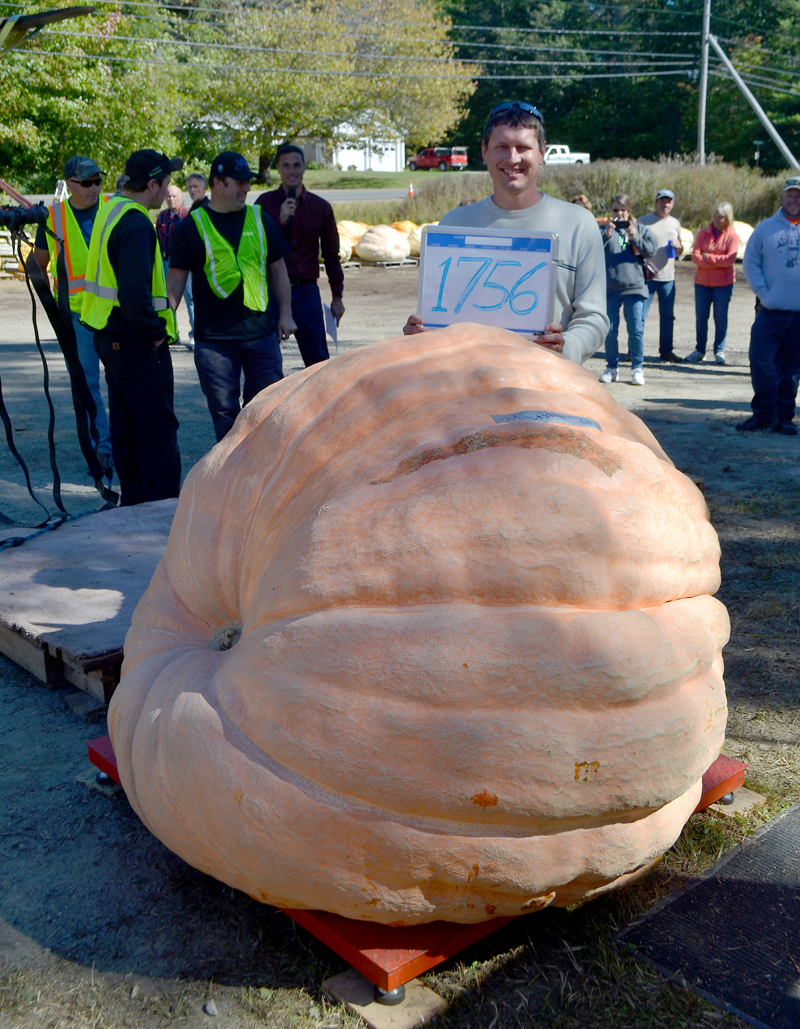 The record-breaking pumpkin was Morgan’s exhibition fruit. By the rules set by the Great Pumpkin Commonwealth, which sanctions the event, each grower may submit one official entry. Other entries are considered “exhibition,” meaning the fruit can still be weighed but it is ineligible for the contest.

While Morgan’s exhibition fruit was ineligible to win the Damariscotta weigh-off, the Great Pumpkin Commonwealth ruled that the pumpkin had still officially set a new state record, according to a post on the Damariscotta Pumpkinfest and Regatta Facebook page.

Morgan’s official entry took first place in the giant pumpkin division, weighing in at 1,683.5 pounds. During the weigh-off, Morgan told Charlie Lopresti, the event’s master of ceremonies, that he believed the official entry was going to weigh more than his exhibition entry.

Pierpont’s son, Justice, who took first place in the youth division last year, jumped into the adult division for 2017, placing ninth with a pumpkin weighing 1,107 pounds.

When it came time to announce the results of the adult giant pumpkin division, Damariscotta Pumpkinfest co-founder Bill Clark chuckled before revealing that all of the top 10 pumpkins weighed more than 1,000 pounds. 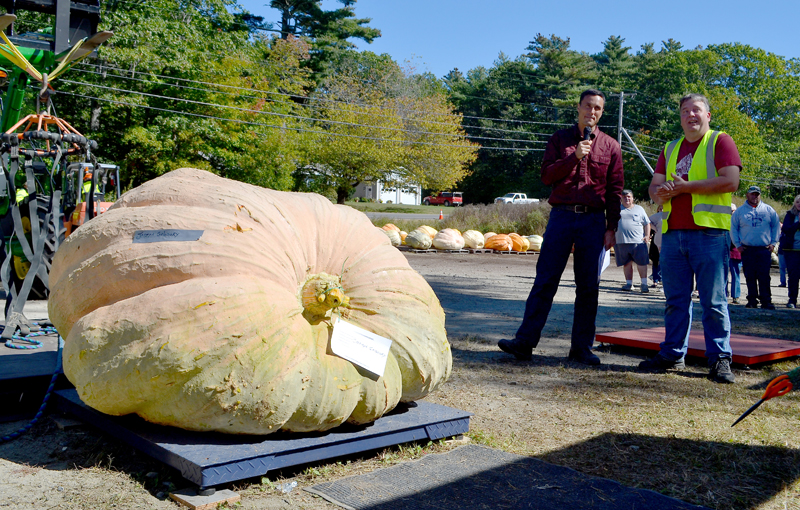 The weigh-offs mark the beginning of this year’s Damariscotta Pumpkinfest and Regatta. For more information and a schedule of events, go to damariscottapumpkinfest.com.