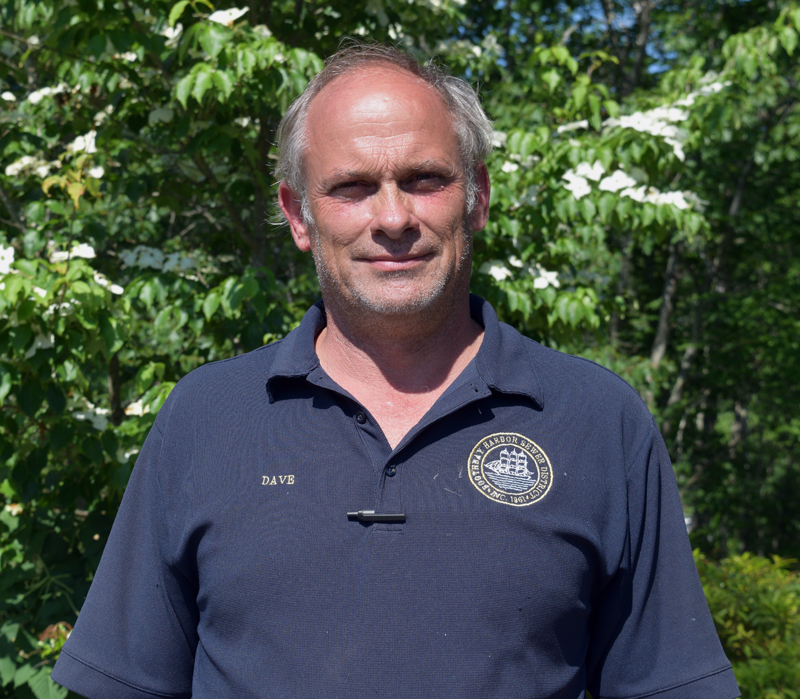 The veteran operations chief and one of the founding members of the Lincoln County Fire Academy, responsible for the training of hundreds of local firefighters, stepped down in late June.

David Pratt, 56, a captain with the Boothbay Fire Department, is ready to “hand over the torch,” he said.

Pratt was one of a group of people in the emergency services to push for a local fire academy.

“It couldn’t have happened without the overwhelming support of all the chiefs in the fire departments. I may have been the main pusher in keeping it together all those years, but without their support I never would have been able to do it,” Pratt said.

“It was a pleasure to work with Dave,” said Morris, who is also assistant operations chief for the Lincoln County Fire Academy. “His commitment to the fire service in general and to the delivery of high-quality firefighter training is strong and Dave will continue to be involved with training, even as he steps down from his leadership role.”

The academy is governed and insured by the Lincoln County Fire Chiefs Association. Pratt sits on the association’s board of directors.

According to Pratt, his drive to establish a local fire academy stemmed from the need for more accessible training in a faster time frame for his firefighters.

People from both inside and outside Lincoln County attend the academy for training.

Prior to the establishment of the academy, Pratt said, a prospective firefighter had to take classes piecemeal across the state in order to gain their certification.

“I preach to all the new kids, it took me 18 months to get my certification, and that’s a long time. They can get it in six to seven months now, with the least amount of travel,” Pratt said.

Since the fire academy’s founding, Pratt and other instructors have trained 400 firefighters.

A quarter of the students from the first Fire 1 and Fire 2 training program, a certification recognized throughout most of the U.S., are now fire officers or chiefs, including Damariscotta Fire Chief John Roberts and Dresden Fire Chief Steve Lilly.

In 2007, Pratt was the assistant operations chief at the academy. The chief had other commitments, however, so Pratt “was thrust into the mix really hard,” he said.

Only a few months after the inception of the academy, Pratt took over as operations chief.

“He’s been a driving force behind the fire academy since it was put together,” Roberts said.

“Thanks to Dave’s leadership, I believe that the future of the (Lincoln County Fire Academy) is bright,” Morris said. “Providing effective firefighter training in Maine is rather challenging since Maine has no state fire academy and regional fire training facilities are few and far between.”

Pratt announced his decision to step down at the June 19 meeting of the Lincoln County Fire Chiefs Association.

“I’m getting older and it’s time to slow down a little bit. I have a full-time career too,” Pratt said. Now he will have more time to spend with family, he said.

Pratt will continue to serve as an instructor and sit on its board.

Pratt has deep roots in the local emergency services. He “chased fire trucks as a 15-, 16-year-old, as a junior firefighter in the town of Woolwich,” he said. He first became a firefighter in Woolwich, where he was born and raised, then served with the Waldoboro Fire Department and Waldoboro Emergency Medical Services.

For about 15 years, Pratt has served as a lieutenant and captain for the Boothbay Fire Department.

In 2014, he received the Maine Fire Instructor of the Year Award from the Maine Fire Service Institute. The award is given to an instructor who sets an example for the profession, their department, and their peers.

Outside firefighting, Pratt works for the Boothbay Harbor Sewer District as a licensed grade three wastewater treatment operator. He previously worked for 34 years as an auto mechanic.

He also works part-time as a civil process deputy at the Lincoln County Sheriff’s Office.

Over time at the academy, Pratt taught less and took on more of a management role. He did paperwork, tracked students, and arranged for instructors to teach classes.

About 10 instructors from departments around the county teach classes.

Pratt said the academy offers basic fire training, which allows a recruit to meet the Maine Bureau of Labor’s minimum standards for an interior firefighter.

The Lincoln County Fire Academy has only offered the Fire 1 and Fire 2 program twice, in 2007 and 2010. The more intensive program takes a minimum of 240 hours to complete, while basic fire training takes 74 hours.

Since the academy was established, the size of classes has varied from 20-30 people.

Some of the topics in classes include fire behavior, safe use of equipment, hazardous materials, traffic control, and extrication.

For the early years of the academy, firefighters trained at a facility in Wiscasset, which includes a burn building, as well as at fire stations around the county.

“We go to different burn buildings now,” Pratt said. There are several throughout the state, and the Lincoln County Fire Chiefs Association is pursuing grants to build its own burn building.

Some graduates of the academy have gone on to full-time firefighting, with at least one going to Portland and another to Augusta.

Pratt said the best part of his work as operations chief was knowing there were well-trained firefighters inside and outside the county, as well as “paying it forward, passing on your knowledge and experience.”

On the other hand, the hardest part of the job is “keeping the fire academy together and keeping enough instructors that were willing to teach.” Some years he did more teaching than expected because there were not always enough instructors available.

As to who will take over Pratt’s role, he is not yet sure. He thinks some of the younger instructors may team up to do the work, unless one individual wants to take on the role.

Pratt said he would not be able to walk away from his role as operations chief if he believed the academy would fold.

Roberts, the Damariscotta chief, has a similar hope for the academy’s future.

“My hope is that the academy will continue to provide training for Lincoln County and other areas and that we’re able to do it with a few more people instead of one person taking on the lion’s share of the duties,” he said.

Reflecting on his time as operations chief, Pratt said he will miss meeting all the new firefighters.

“I tell every class I have of new guys, ‘You always will remember this group of people,’” he said.