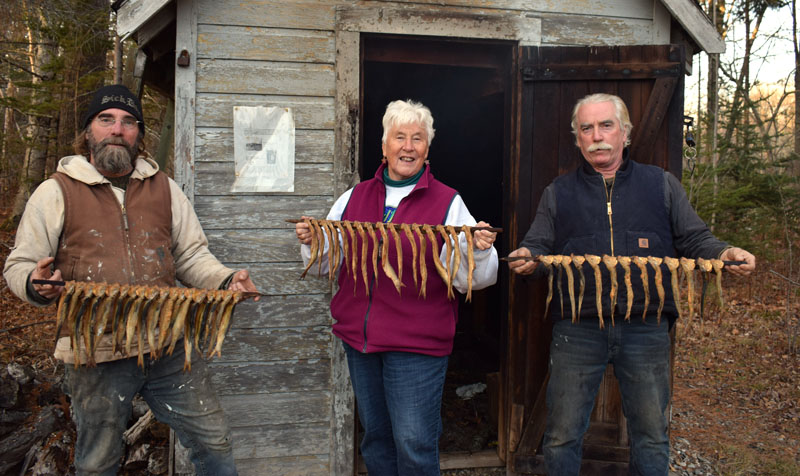 From left: Todd Lincoln, Donna Plummer, and Ken Lincoln hold rods of smoked herring in front of the old smokehouse next to the S Road School in South Bristol. A rod is available for a $5 donation to the South Bristol Historical Society. (Evan Houk photo)

An approximately 90-year-old tradition of smoking herring is continuing for another year next to the S Road School in South Bristol, in the same building where it started.

Brothers Ken and Todd Lincoln have been carrying on the tradition for the past 10 years. 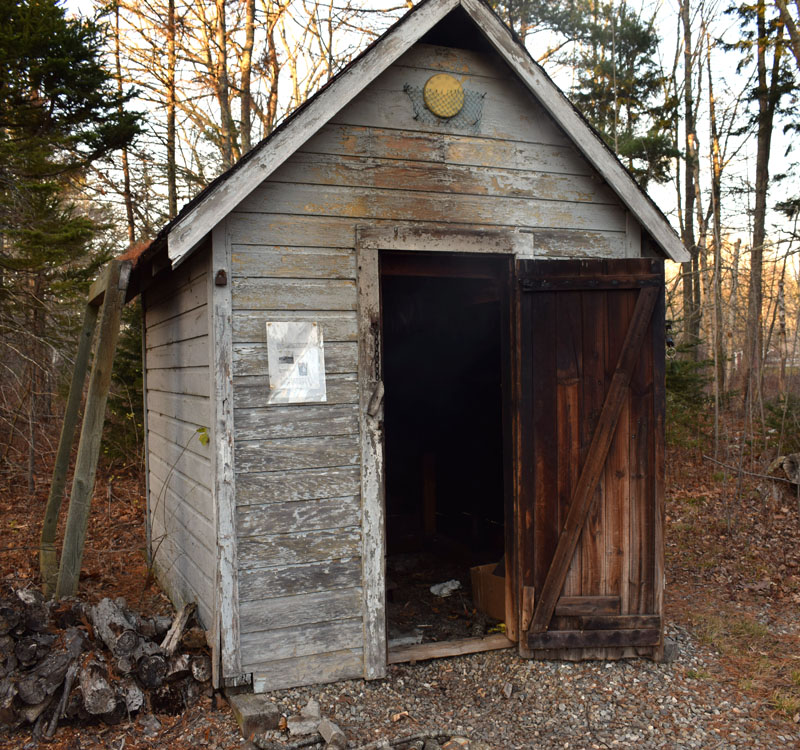 The old smokehouse at the S Road School in South Bristol has been used to smoke herring since it was built in the 1930s, when it was next to the bridge over The Gut. (Evan Houk photo)

He also serves on the South Bristol Board of Selectmen and as president of the Thompson Ice House Preservation Corp., the nonprofit steward of the historic ice house across the road.

Henry Jones started smoking herring in the same old smokehouse in the 1930s, when it was on a piece of land next to the bridge over The Gut.

The Maine Department of Transportation wanted it removed, and late bridgetender Craig Plummer took it to his home on the S Road, close to the old school.

When Plummer passed away in 2010, his son gave the smokehouse to the South Bristol Historical Society. Ken Lincoln built a foundation for the building next to the old schoolhouse at the intersection of Route 129 and the S Road.

Ken Lincoln said the fish are ready after hanging in the smokehouse for about a week. He said he and his brother smoked about 1,200-1,400 fish this year.

The Lincolns first soak the herring in salt brine for about two days, string the herring onto hardwood rods, and hang the rods in the smokehouse. The fire has to be fed every three or four hours, Ken Lincoln said.

To eat the fish, you have to cut off the tail, head, and belly to pull the meat out, as Todd Lincoln demonstrated on Tuesday.

A $5 donation to the South Bristol Historical Society is requested for one rod, which usually contains about 13 herring. 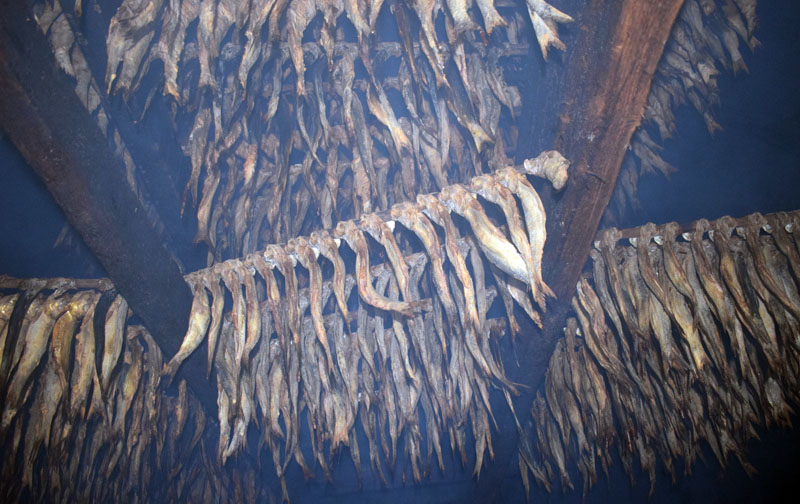 Rods of smoked herring hang in the old smokehouse next to the S Road School in South Bristol on Tuesday, Nov. 18. Ken Lincoln said he and his brother, Todd Lincoln, smoked between 1,200 and 1,400 fish this year. (Evan Houk photo)

Ken and Todd Lincoln both agreed that the salty herring goes well with a cold beer. But Todd Lincoln cautioned against eating too many in one sitting, warning of uncomfortable digestive issues that may result.