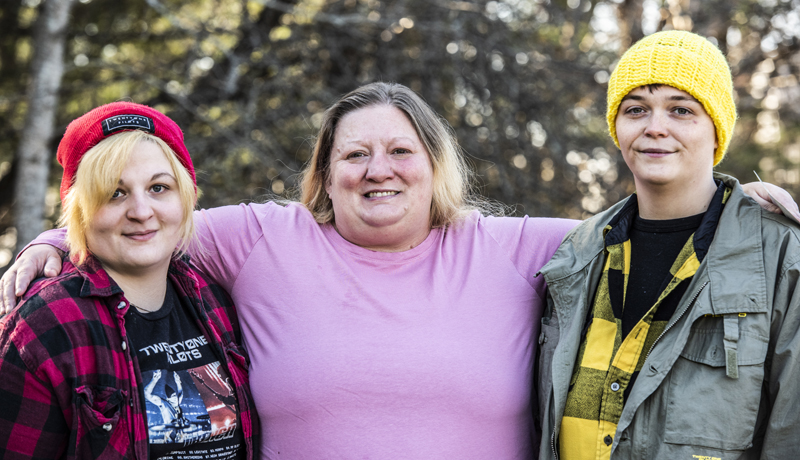 From left: Megan Farrar, Mariah Middleton-Rackliff, and Taylour Daniello in Jefferson on Saturday, Nov. 22. The family leads a local effort to bring the holidays to families in need. (Bisi Cameron Yee photo)

One Christmas morning, James “Skip” Middleton, “dressed as Santa Claus, came up the cellar stairs with a sack of toys,” remembers his daughter, Maria Middleton-Rackliff. “And I asked my mother why Santa was dragging his right leg.”

Middleton was a Vietnam veteran, a Green Beret with the 101st Airborne who was injured when a grenade went off and shrapnel ended his military career. He was paralyzed on his right side and, according to his daughter, “40% of his brain was replaced by a plastic plate.” Middleton spent two years relearning how to walk and talk. “He couldn’t say his ABCs but he could quote Tennyson,” said Middleton-Rackliff.

After returning to Maine, Middleton moved from Brunswick to Jefferson in 1972 and raised a family there. He was known for his generosity — he welcomed his children’s friends into his home, sheltered them, fed them, took them shopping if they were in need. He regularly tipped servers 40-50% when he dined out. And every year Middleton donated to Toys for Tots.

“Despite his disability,” his daughter said, “he believed that he was better off than most and was generous to those who needed help.” Middleton passed away in July 2018, but his daughter keeps his memory and giving spirit alive in Jefferson.

“How can I best remember my dad?” she asked herself. “What would he want to do? He loved kids, he loved to give and to help.” So in September 2018 she began to look for programs that might provide toys and gifts to Jefferson families with children. But she couldn’t find exactly what she was looking for, so she started her own. 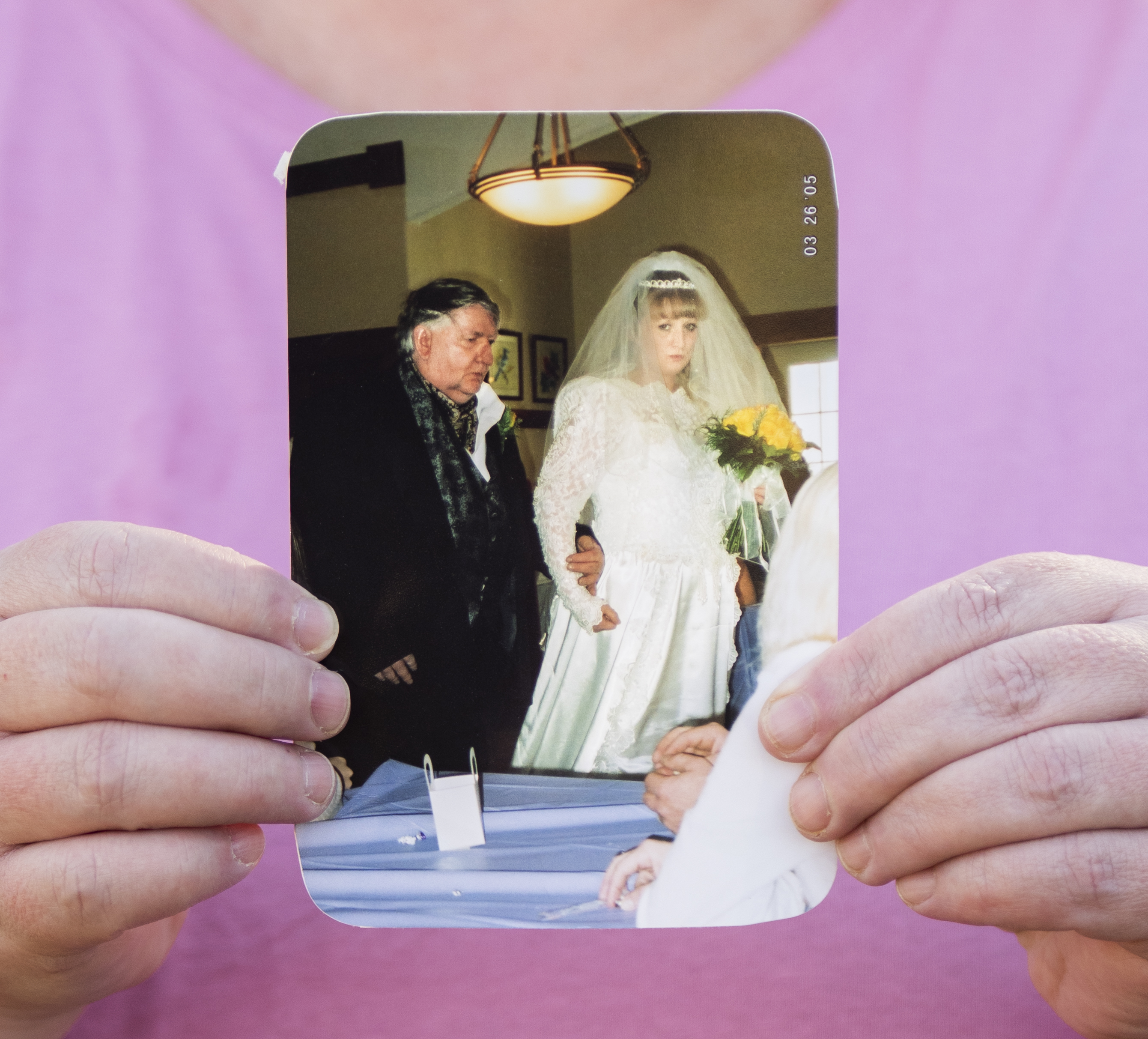 Mariah Middleton-Rackliff holds a photograph of her father in Jefferson on Saturday, Nov. 22. Skip Middleton’s generosity inspired his daughter to honor his memory after he passed away in 2018. (Bisi Cameron Yee photo)

Middleton-Rackliff turned to social media to locate two families who were facing a difficult season. She posted in Jefferson Facebook groups encouraging people to message her if they were interested in adopting the families for the holidays. To protect the privacy of recipients and donors, Middleton-Rackliff set up a secure Facebook group where donors could learn more about the families: ages of the kids, sizes, wish lists, and pressing needs.

Donors bought toys, clothes, and art kits for the children. An 11-year-old girl who loved reading received a Kindle Fire. Gift cards to Hannaford or Walmart were provided for the parents to fill in the gaps.

Most donations received are between $50 and $100. “People are being really generous,” Middleton-Rackliff said, mentioning that she recently received a check for $400. “I cried when I opened it.”

Middleton-Rackliff and the generosity of the community have brought an unexpected Christmas to two families for each of the last two years. This year the program has four families. They include a single mother of four who has suffered a recent string of tragedies and a family of six that lost half their income due to pandemic-related unemployment. One of the families helped in 2018 continues to struggle, but for the third year, they will continue to have a Christmas.

Skip Middleton’s legacy doesn’t end with his daughter. His 15-year-old grandson, James, uses his own money to buy items from the wish list for one of the 11 children in the program this year. “It’s good for him to see something positive and to be a part of it,” said Middleton-Rackliff.

Middleton’s granddaughter, Megan Farrar, and her partner, Taylour Daniello, have adopted one of the families in his honor. “I never had a Grampy in my life,” said Daniello, describing Middleton’s sense of humor and generosity toward her. “He was it for me.”

“If he was here, he’d be buying out the whole Togus store,” said Farrar, referencing the U.S. Department of Veterans Affairs hospital in Augusta where Middleton spent the last three years of his life. “Spending all his money to make someone’s Christmas.”

To learn more, go to tinyurl.com/yxad56wm.