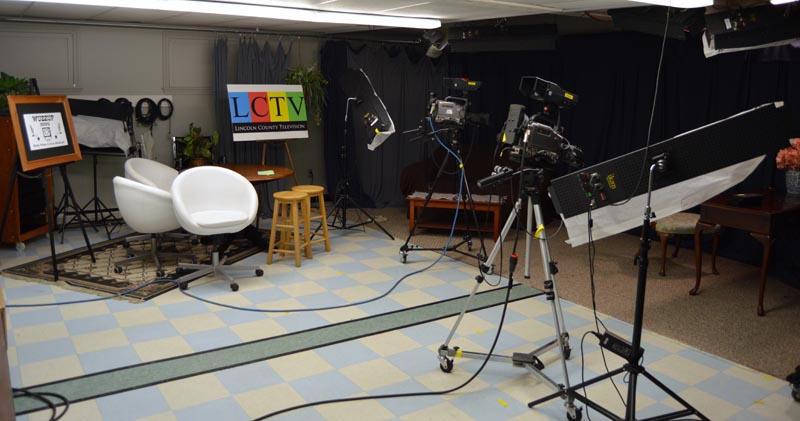 Lincoln County Television has a new look at its Newcastle office and studio and an even newer lineup of regular programming coming up in the near future.

The Newcastle-based public-access station has eight new programs in the works, a few revitalized versions of longtime favorites, and plans to expand its coverage of the Damariscotta Pumpkinfest.

The first glimpse of the new lineup appeared last Thursday, April 25. At 2:30 p.m., the Easter Sunday mass from St. Patrick’s Catholic Church in Newcastle aired, and at 6 p.m., a dementia-focused special episode of “Spotlight on Seniors” with Steve Raymond was shown.

At 6:30 p.m., the first episode of a revitalized “Community Conversations” with new host Marva Nesbit aired. Then, after the long-running “Wuzzup News” at 7 p.m., the new show “Neighborhood Potter” with host Liz Proffetty was shown. These will make up the core of LCTV’s new weekly lineup of shows.

The shows will air at other times during the week to reach more viewers.

The makeover at LCTV started with the hiring of Stephen Popp as the new station manager in August 2018. Popp has rallied new sponsors to support the station, including Louis Doe Home Center.

“Louis Doe helped us fix everything up in the office and the broadcast center. We reorganized everything and just made it into a much cleaner and more streamlined work environment,” Popp said.

“It’s a whole new day at LCTV. We have an entirely new board of directors. We are going to go on a board retreat soon and revisit the mission statement. I’m very excited,” Nesbit said.

Nesbit is one of the new additions to the board, along with Raymond, host of “Spotlight on Seniors” and director of marketing and community outreach at The Lincoln Home; Larry Sidelinger, co-host of “Wuzzup News” and owner of Yankee Pride Transportation; and Carrie Watson, from the St. Patrick’s Historical Society, the coordinator of upcoming 2020 bicentennial events in the area.

Nesbit said she has taped two shows so far and hopes to dive into “topics that members of the community would be interested in.”

For each episode, Nesbit sits down with an expert on a specific topic and has a reasoned and detailed conversation with them. 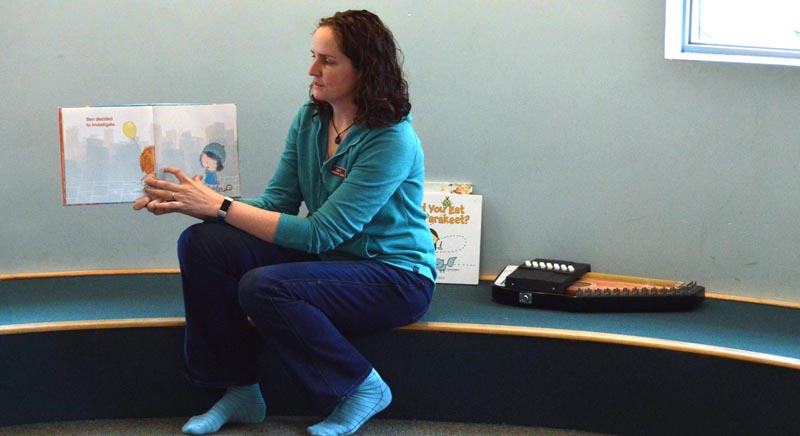 The first show, which aired Thursday, April 25, featured an interview with state Rep. Holly Stover, D-Boothbay. Stover went into detail about her experience working with nonprofits and her transition to the State House, as well as her work on Medicaid expansion and the opioid epidemic.

Nesbit said she has taped a show focusing on memory loss and dementia and plans to tape a show with a roundtable of volunteer firefighters.

“Suggestions for topics are encouraged and welcome. I want to be sure I am focusing on topics the community wants to hear about,” Nesbit said.

Popp echoed the importance of a community-focused approach.

“I’m trying to involve all the towns in the county to include them in programming coverage,” Popp said.

“Reading is Magic” will air every morning at 7:30. The program will feature host Jessie Trafton, children’s librarian at Skidompha Public Library, who will read, sing, and play an auto-harp.

“It is important to do this program so that we can reach the kids who can’t make it to the library for story time. The main goal with this program is to promote children’s literacy,” Trafton said.

Trafton hosts a children’s story time at Skidompha every Tuesday at 10 a.m.

Popp will host “Signature Dish,” a weekly food critic-type show. Popp plans to visit various local restaurants, ask them what their signature dish is, and review the dish.

“LCTV’s Looney Tunes” is going to be a retro cartoon and youth-focused Saturday morning program created by Hunter Reid.

“Rock Talk” will showcase “everything from dust to diamonds,” according to Popp. This program will be hosted by a Boothbay region 12-year-old named Dean Brewer.

Each episode of “Gruesome Glenn’s Friday Fright Night” will feature a different horror film available in the public domain for broadcast.

Brown said he and Chadbourne are connoisseurs of the horror genre and will be able to add some flavor and context both before and after the films. Among the list of films the two plan to show are “Nosferatu” and “Night of the Living Dead.”

Another exciting event on the horizon for LCTV is Pumpkinfest, the hugely popular fall celebration. With new equipment provided by sponsor H&R Block, LCTV will have the ability to broadcast the parade and regatta live. The station plans to set up a broadcast booth in the middle of the festivities and to have multiple reporters on the ground.

“Our coverage will be extensive for the many events leading up to the parade. The broadcast booth will also include some of our new sponsors,” Popp said.

Other new programs on the horizon include one from the Maine Antiques Society, “Hillsdale College Intro to the Constitution,” and the “Jeep Auto Show.”

LCTV is also planning on providing some new coverage of concerts in the area, starting with a broadcast of a Seacoast Community Orchestra concert at Lincoln Theater.

LCTV is channel 1301 for Spectrum customers. Programs are available online at lctv.org.