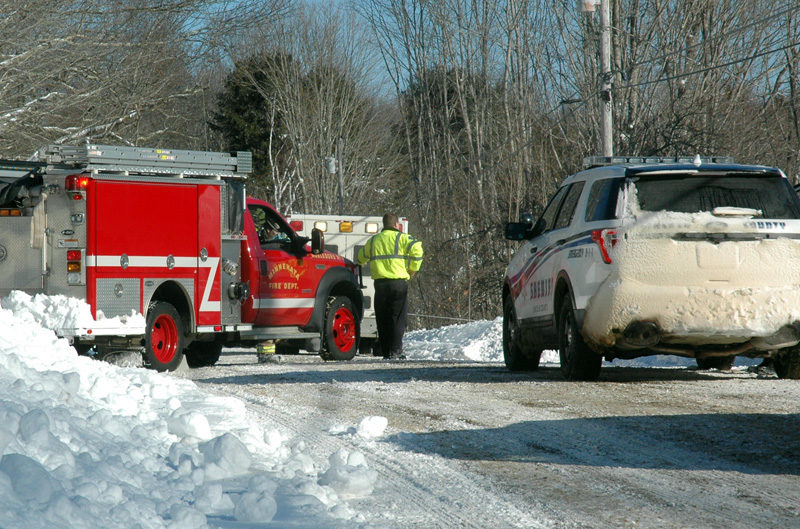 A man was transported to the hospital after being trapped between two trucks while attempting to pull out a stuck plow truck in Nobleboro the morning of Tuesday, Feb. 14.

According to Lincoln County Sheriff’s Deputy Chad Gilbert, a father and son were plowing a driveway at 251 East Neck Road when the incident occurred.

Gilbert said the father’s plow truck got stuck in the driveway and the two men attempted to free the truck with a chain attached to another truck. The deputy said the father was attempting to secure the chain when the truck slid back, catching him between the two vehicles.

Gilbert said the man involved in the accident was up and talking after the incident and was transported to LincolnHealth’s Miles Campus in Damariscotta for evaluation.

Lincoln County Sheriff’s Office Lt. Rand Maker said extrication was initially requested, but he did not think it was necessary at the scene.

According to LincolnHealth — Miles Campus, the injured man was treated and released from the hospital.