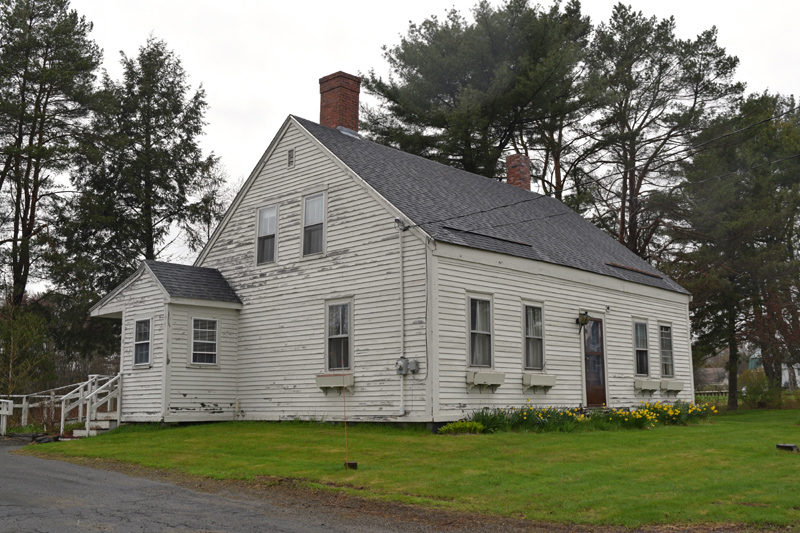 A Bath couple plans to buy Alna’s old town office for $125,000 and move into the building with their seven children. The town hopes to close on the sale by the end of August. (Jessica Clifford photo, LCN file)

The Alna Board of Selectmen accepted a $125,000 offer for the old town office Wednesday, July 24, from a Bath couple that plans to move into the house with their seven children.

Alton King III and Jean Bradford made the offer on the same day as the selectmen’s meeting, Wednesday, July 24. The town hopes to close by the end of August.

First Selectman Melissa Spinney was surprised by how quickly the deal came together. “It’s rare that you get your first offer being great, and running so smoothly and so quickly,” she said.

She expected months to go by before the right buyer came along.

“I only had to show it a couple times,” she said.

The vote to sell the office and 2-acre property was unanimous, 3-0.

The selectmen listed the property for sale less than two weeks ago. King and Bradford, who are engaged, viewed the house the day before they made the offer.

“It was really amazing,” Bradford said of the building. “It was everything that I wanted.”

The couple had been looking to buy a house for a while.

King is a carpenter and previously worked on the exterior of the building, Bradford said.

“I Google-mapped it and saw that it had a nice, big, beautiful lawn, and that’s exactly what I needed for my kids,” Bradford said in a phone interview.

“I’d like for my kids to be able to go outside, swing on the swings, and run around, and actually do things that children should be doing outdoors. We can’t do any of that here (in Bath),” she said.

Although the former town office does not have a kitchen, Bradford said King is a “jack-of-all-trades” and will build a new kitchen for his family.

The rest of the house will remain the same.

“We don’t really want to change it besides putting the kitchen in. … We’re not going to do anything to change the originality of it,” she said.

The new homeowner loves the history of the building and plans to honor it when she moves in.

“I’m actually extremely excited to do some research and find out more,” Bradford said, adding later that she hopes to find old photos of the building and display them in her new house.

The family hopes to move into the house by September and to celebrate Thanksgiving in their “new, old home,” Bradford said.