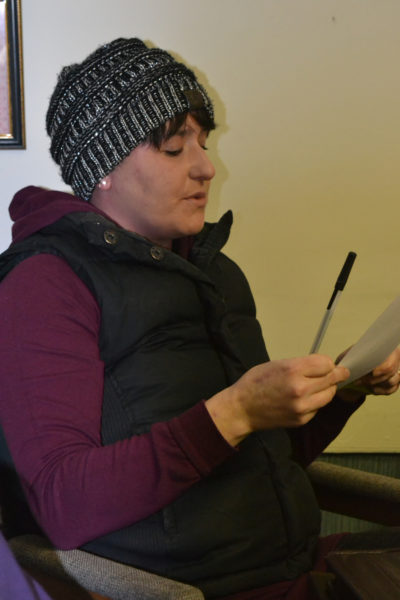 Alna First Selectman Melissa Spinney will take a 45-day leave of absence, effective immediately, due to what she calls “harassment” of town officials.

In a July 10 letter to her fellow selectmen and residents, Melissa Spinney cited “downright disgusting” behavior in connection with her husband’s proposal to build a boat ramp and dock for a sportsman’s club on the Sheepscot River.

The planning board has denied Jeff Spinney’s application for a shoreland zoning permit, but will reconsider the decision later this month.

“Insinuation of impropriety, harassment of both the planning and select boards, the staff, and contractors of the town has been constant and at times just downright disgusting,” Melissa Spinney said in the letter. “Bearing witness to this and not being in a position to be able to help out or do anything about it due to my recusal is unbearable and hard.”

Both Melissa Spinney and Jeff Spinney, who chairs the planning board, have recused themselves from decision-making on the project.

Melissa Spinney said the stress has impacted her recovery from heart surgery in early March.

“The negative focus on one planning board application, blown completely out of proportion, in light of everything we do for this town, disgusts and saddens me,” she said.

“We support Melissa’s request to take this leave of absence so that she can focus on her personal health,” Second Selectman Doug Baston and Third Selectman Greg Shute said in an email to residents Monday, July 13. “We know this was not an easy decision for her and we look forward to welcoming Melissa back into her role once her leave is completed.”

Baston said in a phone interview Tuesday, July 14 that Spinney’s decision took the other selectmen by surprise. Baston and Shute will meet Friday, July 17 to discuss how the board will operate over the next 45 days.

“We just have to focus on the basic needs of the town,” Baston said. He said residents who have filed Freedom of Access Act requests will “have to wait,” because the selectmen will have to prioritize things like vehicle registrations and taxes.

Compounding the situation, Town Clerk Liz Brown will resign effective July 24, citing personal reasons. She has held the position since May 2017.

“My experience working for the town of Alna has been rewarding and I am thankful for the opportunity to have worked here and to serve the people in our town,” Brown said in a letter to the selectmen.

Baston said Tuesday that he worries Alna’s current reputation will affect interest in the clerk position. In the meantime, town office hours may be cut back.

Alna resident Cathy Johnson, one of the most outspoken critics of Jeff Spinney’s project, said she wishes Melissa Spinney well, but believes residents have been respectful.

“I am not aware that there has been any disrespectful correspondence to the Selectmen or other town officials,” Johnson said in an email Monday. “Jeff Spinney’s permanent boat launch ramp and dock application raised many legitimate concerns. Those who had concerns about the project requested documents from the Town that by law are required to be publicly available and were needed in order to fully understand the application.”

During her leave of absence, Spinney will continue to coordinate the town-run food pantry in a reduced capacity.

“I hope that after a leave of absence, I will be able to return to my position and this harassment of the town and its process will have stopped,” she wrote.