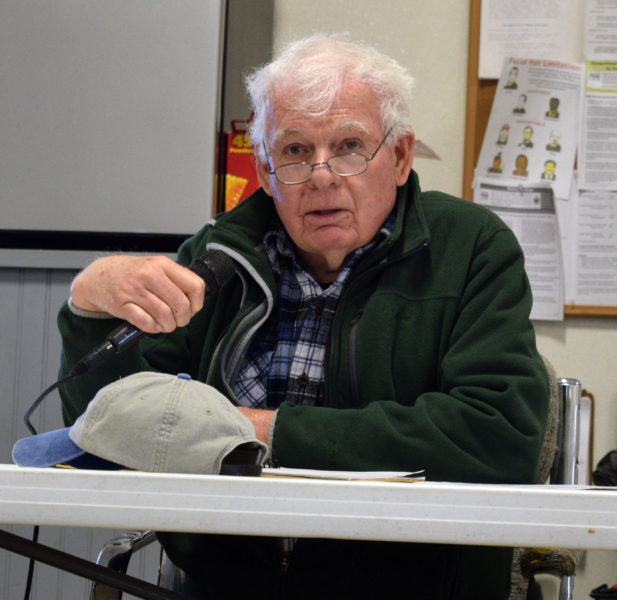 At a coronavirus-shortened annual town meeting Saturday, March 21, Alna voters approved enough of the warrant to keep their government running, while a selectman decried what he called a “secret campaign” to unseat another selectman.

The 11-minute meeting drew 32 people to the truck bay of the fire station, amid Gov. Janet Mills’ ban on gatherings of more than 10 people in accordance with recommendations from the U.S. Center for Disease Control and Prevention.

Alna officials developed a plan for the abbreviated town meeting in consultation with the Maine Municipal Association and the town attorney, according to a March 17 email announcement.

“Without town meeting approval of some of our standard annual warrant articles the selectmen will (have) no authority to operate the town, collect taxes, or pay bills and salaries after March 31,” according to the email.

The town took safety precautions during the meeting, spacing seats several feet apart, making disinfectant wipes and hand sanitizer available, and setting warrants on each chair before the meeting began.

Alna also held its election on Friday, March 20. There was only one candidate on the ballot for each position.

First Selectman Melissa Spinney won reelection with 48 votes. Les Fossel, a former selectman and state representative, received 28 write-in votes, and there were six invalid votes. It was not clear why the six votes were invalid.

After Chris Cooper, the moderator, opened the meeting, Baston condemned the votes for Fossel, who unsuccessfully ran against Baston last year.

“Fellow residents turned out in a secret campaign, in an uncontested election, in the middle of an epidemic, trusting that their friends and neighbors would stay home, and wrote in Leslie T. Fossel. Every single one of them – Leslie T. Fossel,” Baston said. “I find that despicable.”

A few people in the audience clapped.

“Melissa Spinney has done a wonderful job as first selectman in this town,” Baston said. “She has devoted hundreds of hours. She started the food pantry, a community garden. There was no purpose to this other than revenge.”

Baston said the voters who wrote in Fossel are the same people who voted against restrictions on K-8 school choice in 2018.

Spinney was not physically present at town meeting, but watched through a video call.

Spinney said she stayed home because she recently had surgery, her “immune system is not 100%,” and “avoiding groups is best.”

Fossel was not at the meeting, but in a phone interview later, he said he did not seek office.

“Three weeks ago, somebody asked me if they could write my name in as selectman, and I said: ‘Yes, you can; I’m not seeking office, but you are welcome to write my name in,’” Fossel said.

He told the person that if they were to write his name in, his full name is Leslie T. Fossel.

“That’s the sum total of the connection I had with it. I was not running for office,” he said.

Fossel said he does see significant discontent in the town.

“One of the problems in this town is that there are a lot of people who are unhappy with a lot of other people,” Fossel said.

Voters elected Douglas Morier to the RSU 12 Board of Directors. The incumbent, Abby Manahan, did not run. Road Commissioner Jeffrey Verney was reelected.

After Baston’s comments, the rest of town meeting went swiftly.

In addition to the regular warrant, those present received another paper with motions for residents to approve noncontroversial articles and postpone remaining articles for another time.

The first motion was to take up Articles 4-50 out of order and waive the reading of them unless the moderator decided it was necessary to promote understanding. 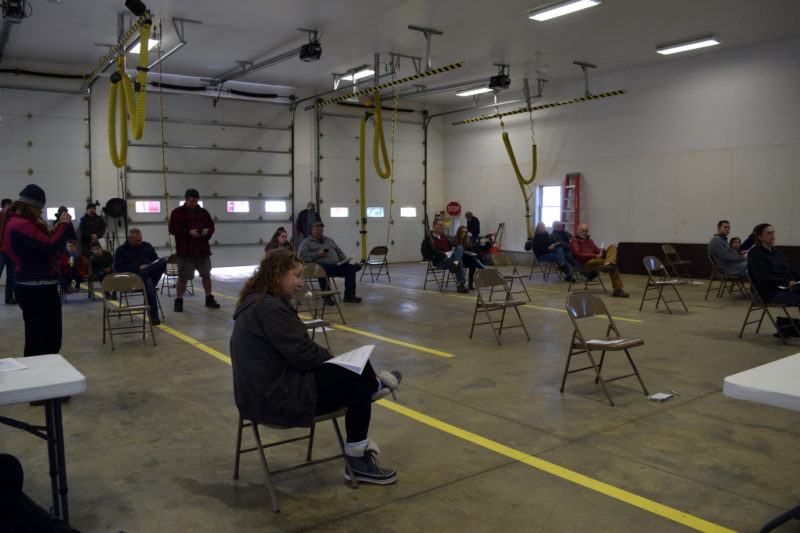 These articles raised the same amount for town expenses as in 2019.

The final motion was to group Articles 17, 23, 41-43, and 45-49, table them, and direct the selectmen to schedule the remainder of town meeting for the earliest date they feel is safe for the public.

The group of articles tabled to another date includes those regarding construction of parking areas at Pinkham Pond and an issue regarding the town’s responsibility for maintenance of Sand Building Road.