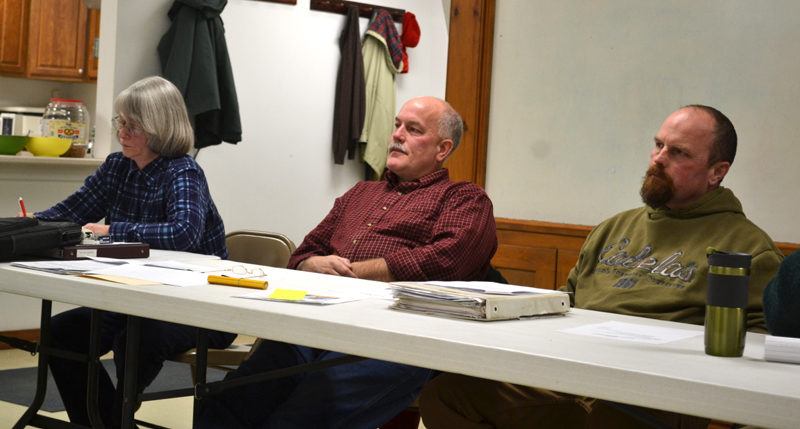 After working for almost two years to develop a fireworks ordinance, the Alna Planning Board presented the results in a public hearing Monday, Jan. 9, with mixed reaction.

Proponents of an ordinance to regulate the discharge of fireworks in Alna thanked the members of the planning board for their work and expressed general satisfaction with the draft rules, which require a permit to use fireworks.

Opponents continued to question the need for the ordinance and took issue with the requirement to obtain a permit from a town office with limited hours. Some residents also objected to a requirement to notify neighbors when fireworks are to be discharged.

There will be some minor revision to the notification and setback requirements in the ordinance, planning board members said. The ordinance, however, will be ready for a vote at Alna’s annual town meeting in March.

“It will have a 50-50 chance of passing,” resident Chris Cooper said.

The planning board began the process of developing a fireworks ordinance nearly two years ago, after a warrant article directing the town to develop an ordinance was approved at the annual town meeting in 2015.

The warrant article was the result of a petition initiated by resident Paul Lazarus. 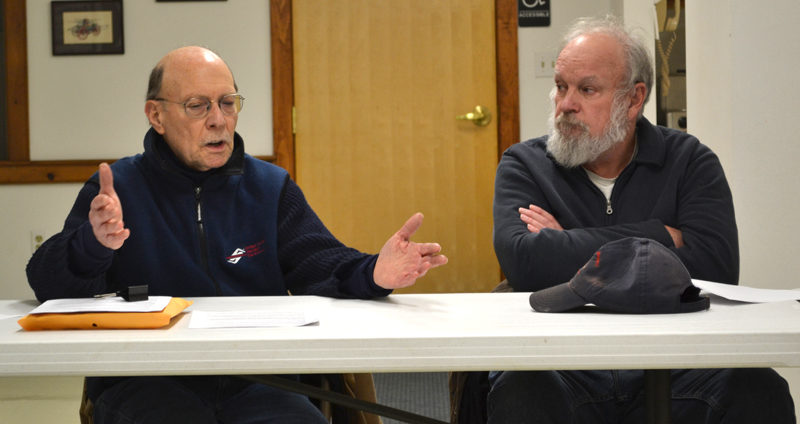 The planning board grappled with developing the ordinance for nearly a year. The question of how to enforce the ordinance was their primary roadblock.

Concerned about developing an ordinance that could not be enforced, the planning board initially opted not to present anything more restrictive than state law. The planning board reconsidered after hearing from the public, but did not present an ordinance at the 2016 annual town meeting, so the board would have more time to develop one.

The draft ordinance presented Jan. 9 draws on state regulations, the fireworks ordinances of Edgecomb, Wiscasset, Harpswell, and Old Town, and planning board suggestions.

Under the draft ordinance, anyone who plans to use consumer fireworks in Alna would have to obtain a permit, to be approved by the town clerk, except for on the weekends surrounding July 4 and Dec. 31.

The use of fireworks on boats on town waters would also be prohibited.

The ordinance would prohibit the use of fireworks within a certain distance of a licensed day care, school, church, or livestock pasture, unless the person who wants to use fireworks obtains written permission from the institution or property owner in question. The distance was a topic of conversation during the public hearing, with residents suggesting the 250-foot requirement for obtaining written permission be changed to 300 feet.

Fines for violations of the ordinance would range from $100 for a first offense to $500 for a third offense. The penalty for more than three offenses would be determined by the board of selectmen, according to the draft ordinance.

The town would enter into a special agreement with the Lincoln County Sheriff’s Office to enable the sheriff’s office to enforce the ordinance.

One of the reasons residents requested the ordinance was due to the impact fireworks have on animals and livestock. Notification would give people the opportunity to put their horses in a barn or otherwise prepare their animals, planning board member Beth Whitney said.

“Part of the reason people are upset is because (neighbors) don’t tell them” when they are going to set off fireworks, Whitney said. “If people were good neighbors, we probably wouldn’t be here.”

Based on the feedback, the ordinance will undergo further revision before it is finalized for town meeting.