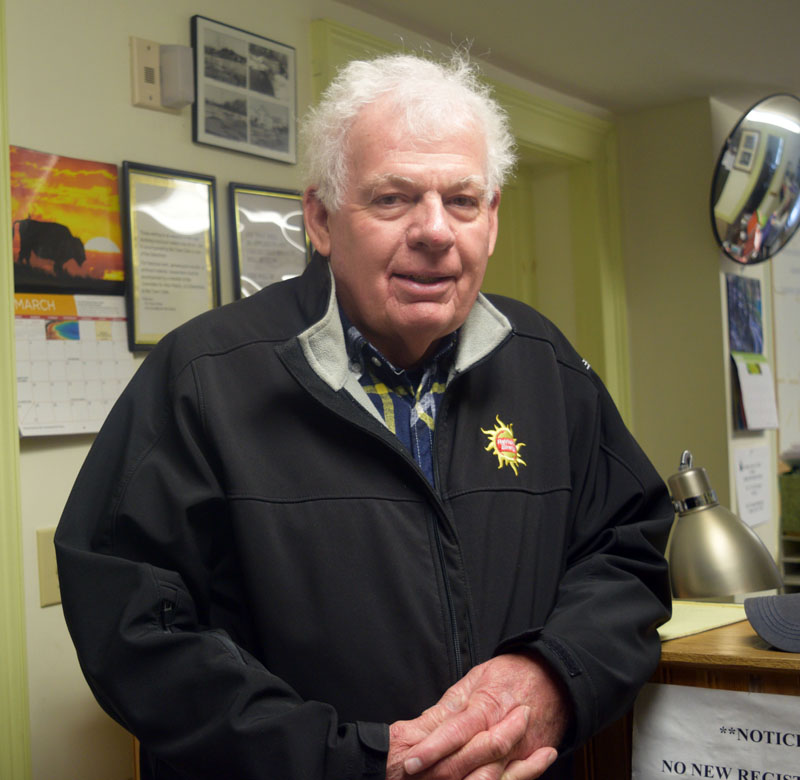 Alna Second Selectman Doug Baston apologized Wednesday, April 22 for his recent comparison of certain voters to anti-Semites and white nationalists, while calling the voters’ actions “poisonous” and asking any who regret their votes to inform the town office.

During a selectmen’s meeting two weeks earlier, Baston had blamed local private schools and their faculty for a “secret campaign” to oust First Selectman Melissa Spinney and compared voters who backed the campaign to anti-Semites and white nationalists.

“What I was trying to convey at the time was I thought there was collective behavior, even though it’s legal, that was so egregious and poisonous to our sense of community that I thought schools would want to counsel their parents against it,” Baston said April 22. “Unfortunately, I chose in that moment a bad example, and it was over the top. The discussion shifted from the point I was trying to make to the words that I used, and that certainly reflected poorly on me and my judgment.”

Baston has criticized the March 20 election results several times, in public meetings and a letter to the editor of The Lincoln County News.

Spinney won reelection with 48 votes. She was the only candidate on the ballot, but Les Fossel, a former second selectman and state representative, received 28 write-in votes. Another six votes were invalid because the voters did not check the box next to the write-in option, according to Town Clerk Liz Brown.

“Fellow residents turned out in a secret campaign, in an uncontested election, in the middle of an epidemic, trusting that their friends and neighbors would stay home, and wrote in Leslie T. Fossel. Every single one of them – Leslie T. Fossel,” Baston said. “I find that despicable.”

Baston said the Fossel voters acted out of anger about a 2018 referendum that imposed restrictions on K-8 school choice.

Fossel has distanced himself from the vote. He has said that a few weeks before the election, someone asked him if they could write his name in. He agreed and provided his full name, but had no further involvement.

On April 8, Baston brought up the results during the public-comment period of a selectmen’s meeting. He criticized local private schools and said four teachers were involved in the campaign against Spinney.

When resident Maria Jenness expressed concern about attempting to connect the results of a secret-ballot election with certain individuals and institutions, Baston made the comment about white nationalists.

“I think if those schools had a significant number of anti-Semites or white nationalists, they would do something about it. I consider exploiting a pandemic just a little ways further down the continuum,” Baston said.

Residents criticized Baston’s remarks during the April 8 meeting and in letters to the editor of The Lincoln County News. Baston also wrote a letter to the editor objecting to the headline on an LCN article about the meeting (“Alna selectman compares voters to white nationalists,” April 15).

“I did not equate the group of Alna voters under discussion to white nationalists, as others who attended the virtual meeting can attest,” he said in the letter.

In the letter, Baston went on to say he was “intentionally searching for an extreme hypothetical example to make a point, nothing more.”

“Unfortunately, this headline may well give a small group of local malefactors a sense of moral cover for their actions, whereas the large number of Alna citizens who have approached me since the election unanimously and emphatically state they deserve none,” he said in the letter.

At the April 22 meeting, Baston apologized to his “fellow selectmen and to everyone else” and said his remarks were not helpful to the cause he was trying to advance.

Baston asked anyone who participated in the election and “likewise feels that they made a bad choice” to express as much.

“It can be anonymous and sent to the town clerk,” Baston said. “I’d like to hear some sense from those voters that they felt like they made a mistake too.”

“My words came out of exasperation,” Baston said. “For two years I tried to move the town beyond the choice vote. I thought we’d done that and I felt totally betrayed and angry and that came out poorly. I just want to get past the school reasons, and I’ll meet people halfway if they’re willing to meet us halfway.”

Spinney thanked Baston for his remarks and continued with the meeting.