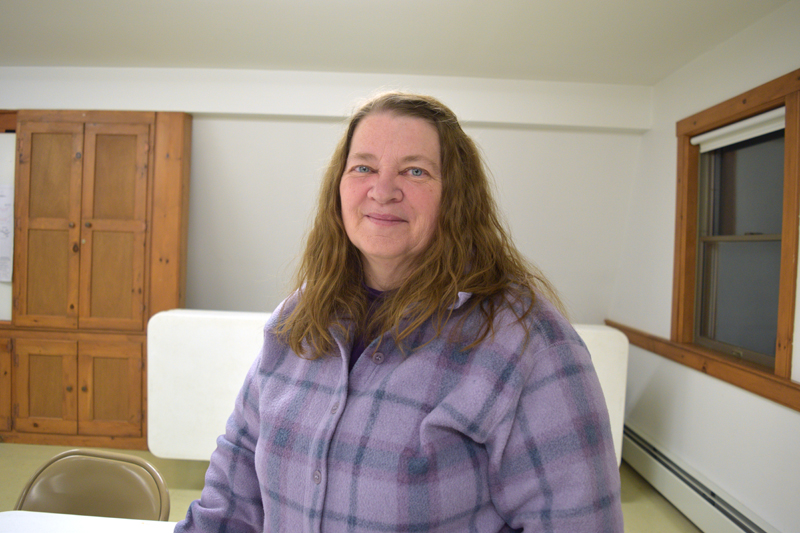 The Alna selectmen started an online fundraiser after an ATV accident left Town Clerk Liz Brown and her husband, former Selectman Louis “Butch” Brown, in the hospital with numerous injuries.

On Sept. 22, the couple, with their son, Matthew Brown, and a family friend, Todd McPhee, went four-wheeling on a trail near New Sweden, in Aroostook County.

Liz and Butch were riding an Arctic Cat 2UP, an ATV with one seat in the front and one in the back, when a bull moose ran out about 4 feet in front of them.

Butch, who was driving the ATV, slammed on the brakes. The couple did not hit the moose, but they have no memory of what happened next, Liz said.

Liz flew off the ATV and was unconscious for about 15 minutes, according to her son.

In addition to a concussion, she had internal bleeding, a fracture in her forearm, and two black eyes.

Butch had three broken ribs, a fractured sternum and scapula, a punctured lung, and a deep cut over his left eye.

Matthew and McPhee were behind them and were able to call for an ambulance.

The couple was taken to a Caribou hospital by ambulance, Liz said. After Butch received initial treatment for his punctured lung, he was flown by LifeFlight helicopter to Northern Light Eastern Maine Medical Center, in Bangor.

After the accident, Liz was out of work for a week. She is slowly going back to her regular schedule.

She said she is appreciative of her deputies at the town office, including Janice Bradford, Lynette Eastman, and Linda Verney, all of whom have filled in during her recovery.

Her husband, who drives logging trucks, has missed several weeks of work, she said.  He can only work now when there are less physically demanding jobs for him to do. He is slowly recovering.

Two weeks ago the Alna selectmen started a GoFundMe online fundraiser for the Brown family. None of their medical bills were covered by insurance, Liz said.

“When Doug and I heard their insurance wasn’t covering any of their medical bills, we had to do something,” First Selectman Melissa Spinney said. “They are such good and kind people. Both served in the military. Their son is a police officer. They deserve someone helping them like they have helped others.”

On the GoFundMe page, the selectmen said they would match donations of $100 or more from their annual stipends.

Liz said the selectmen received the family’s approval to start the fundraiser. All the money will go directly to pay their medical bills.

“We have wonderful selectmen here,” Liz said. “It’s amazing to me the generosity of people when something like this happens.”

To make a donation, go to https://tinyurl.com/yc7p6mvk.