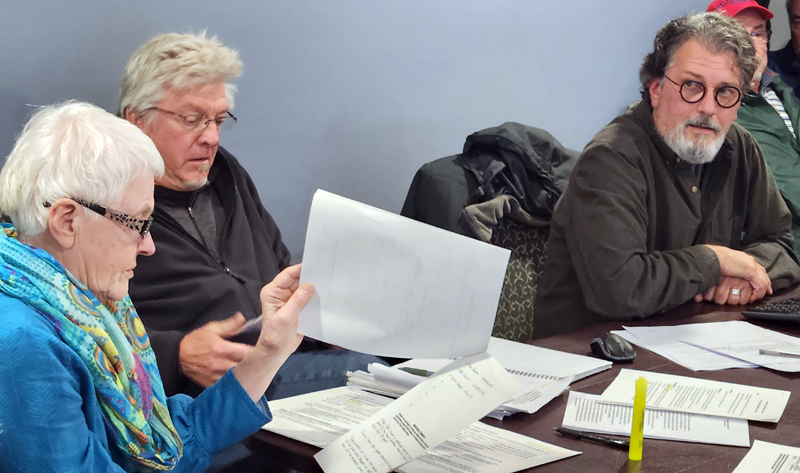 Meeting in a special session Tuesday, Nov. 22, the Alna Select Board voted to award a one-year snowplowing contract to the lowest of three bidders, accepting the $325,000 offer from Whitefield contractor Mike Jewett and Son Excavation and Forest Products.

Alna residents must approve the contract at a special town meeting before it can be finalized. The meeting is scheduled for 6 p.m. on Thursday, Dec. 15 at the Alna fire station. During a phone interview on Monday, Nov. 28, Ed Pentaleri, chair of the select board, confirmed Mike Jewett will plow the town if a winter storm arrives before the special town meeting.

The effort to find a snowplow contractor started on Nov. 9 when Holbrook Excavating terminated the final year of a three-year contract citing “insinuations of theft” and “unreasonable demands” made by the town’s lawyer in letters sent on Nov. 4, and Nov. 7.

Pentaleri declined to discuss the reasons for Holbrook’s withdrawal from the contract or whether the board will seek legal action against the contractor, saying his focus was on making sure Alna had a snowplow contractor for this season.

During the annual town meeting in March, Alna voters agreed to appropriate $193,000 for snow plowing services. Pentaleri said the additional cost for plowing services will be covered by a surplus in the town’s budget.

“We would draw down on the nearly $300,000 in surplus we built up,” Pentaleri said. “It is actually a good example of why it’s really healthy that we’ve built our surplus in the last year and a half.”

The board expects to post the warrant articles for the special town meeting no later than Wednesday, Dec. 7.