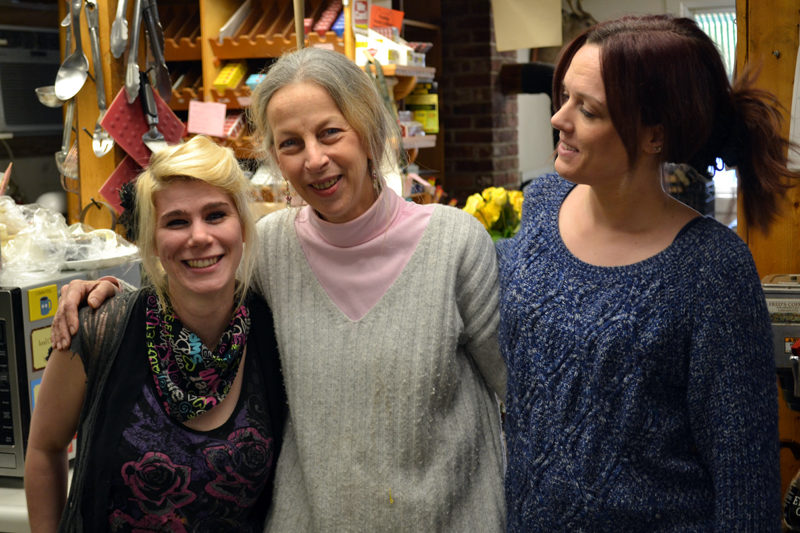 The grills sizzled and the coffee brewed for regulars at The Alna Store for the last time under Amy and Mike Preston’s ownership Monday, Feb. 27. In a sale that has been in development for over a year, the Prestons officially transferred ownership of the store to Ken and Jane Solorzano, of Alna, the next day.

The store will be closed for about a week for cosmetic and energy-efficient improvements and a reorganization of the kitchen, the Solorzanos said. The anticipated date for reopening is Monday, March 6.

When it reopens, it will be renamed the Alna General Store, and there will be expanded menu and grocery options, with the possible addition of Sunday hours for brunch, the Solorzanos said.

However, the family atmosphere that has defined the store for the past 12 years will remain the same, the Solorzanos said. The couple said they hope to build on the role of the store as a community gathering space and a center for civic work.

Amy and Mike Preston bought The Alna Store soon after moving to town, Amy Preston said. She received a phone call from Mike with the idea to buy it while she was driving in Boston, doing her previous job as a sales rep, she said.

The couple had a five-year plan when they took over, and intended to sell the store at the end of the five years. They would go on to operate the store for over a decade, with Amy Preston manning the counter and overseeing daily operations six days a week.

“The joke became the store was Mike’s midlife crisis that I inherited,” Amy Preston said. Throughout the Prestons’ tenure, The Alna Store cemented its role as a community gathering place and outreach center, and the staff and customers became a family, several staff members and regulars said.

“There are a lot of favorite memories,” Amy Preston said, as she served the last of the food in the kitchen to the store’s daily customers and worked to clear out the space for the new owners. “There are just a lot of really good people.” 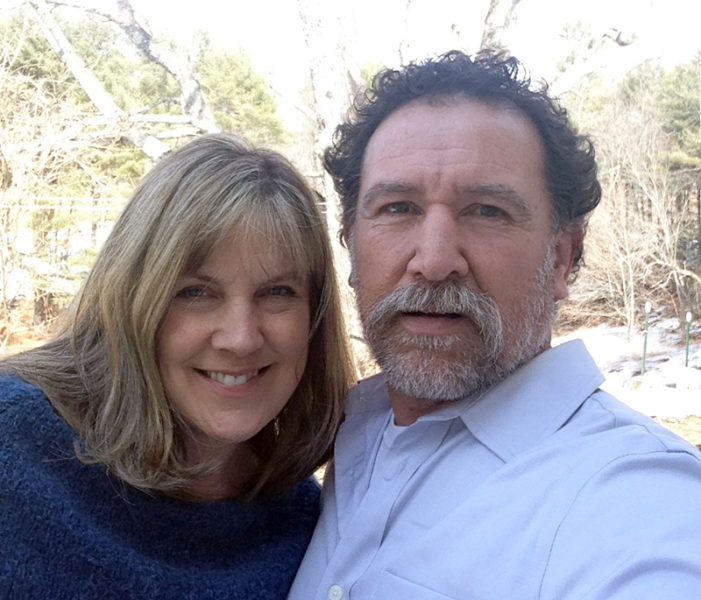 The store served as a social center in town with a group gathering every morning to discuss the politics of the day. “We’ve solved a lot of the world’s problems right here,” David Sutter said. While Feb. 25 was the last day the store was officially open, the group was in its spot Monday as the staff worked to sell out the food in the kitchen.

Many of the men who gather every morning for political discussions – sometimes heated – went to high school together, Dan Joslyn said. “We did, for six years,” one of the regulars joked.

Amy Preston will be missed at the store, Sutter said. “She was very tolerant of a lot of the back and forth,” he said. The group will continue to congregate when the store reopens, members said. Amy has been offered an honorary seat at their table, but she has yet to accept, they said.

The food Amy Preston served went beyond the store. She would regularly package and deliver meals to elderly residents of the town. When storms knocked power out, she made sure those residents were taken care of.

The store also served as a bridge that introduced new residents to town, Amy Preston said. Travis Benner has been a daily customer of the store since Amy and Mike Preston took over, he said. Amy Preston served him the coffee that allowed him to stay alert the night his first child was born, he said.

His children grew up with the store, he said. The store has hosted an annual Halloween party and several other community events throughout the years. One Thanksgiving, when Benner asked his daughter what she was thankful for, his daughter said Amy.

“This is more than just a country store,” Benner said.

The employees were family, Amy Preston said. “We were so fortunate to have so many amazing young people to come work for us,” she said. “We don’t have kids, but we were able to have this amazing family.”

Darci Day has worked at the Alna Store for the past nine years. The Prestons “helped me through a lot of things. They helped me grow up, ” she said. “They weren’t just employers, they were family. (Amy) adopted a lot of us over the years.”

The Solorzanos’ son, daughter, and niece were among the young people who worked for the Prestons. The staff will remain the same after the change of ownership, the Solorzanos said. With the staff’s help, the transition will hopefully go smoothly, they said.

Owning a country store was not something that had been on the Solorzanos’ radar, they said. They decided to buy the store after being encouraged to do so by several members of the community, Jane Solorzano said.

Ken’s cooking, which has a strong influence from his Spanish heritage and his upbringing in San Diego, has a reputation, and is in high demand, Jane Solorzano said. Ken recently retired from the military, and with both children grown, the Solorzanos decided to dive in and buy the store. 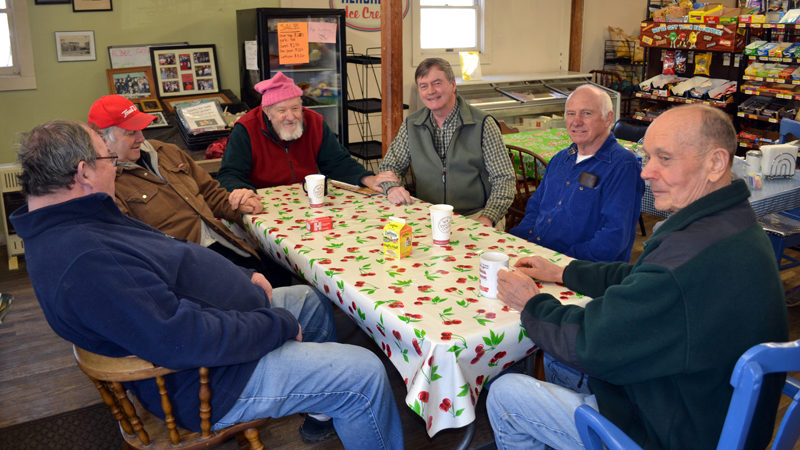 The couple will add a new countertop and shelves to the store, and plan to install heat pumps, solar panels, and a generator, they said. The traditional menu will stay the same, but the kitchen will be remodeled to allow additional Spanish-themed menu options, such as tacos, enchiladas, and rice and beans, among others.

The couple also hopes to add prepared dinners and pre-marinated meats to the store’s offerings, they said. They also plan to expand grocery options, so Alna residents don’t have to travel so far for staples, Jane Solorzano said.

The Solorzanos will try to keep their food offerings as locally sourced as possible, they said.

While there will be several new additions to the store, and cosmetically it will look different, the store’s role as a community gathering place will remain the same, Ken Solorzano said.

“We love Mike and Amy,” he said. “We want to continue what they started and build on their achievements.”

The store will also continue to serve as a tagging station for hunters and will issue fishing licenses, Ken Solorzano said.

Jane Solorzano said she would like to continue Amy’s work to deliver meals to elderly residents, and hopes to draw in young volunteers to expand the effort.

The store “is a place where community comes together. It’s almost like a meeting house,” Ken Solorzano said.

The Prestons put the store up for sale so they would have the time to do other things while “we still have our health and our wits,” Amy Preston said.

“This is a really exciting time for both (the Prestons and) us,” Ken Solorzano said.