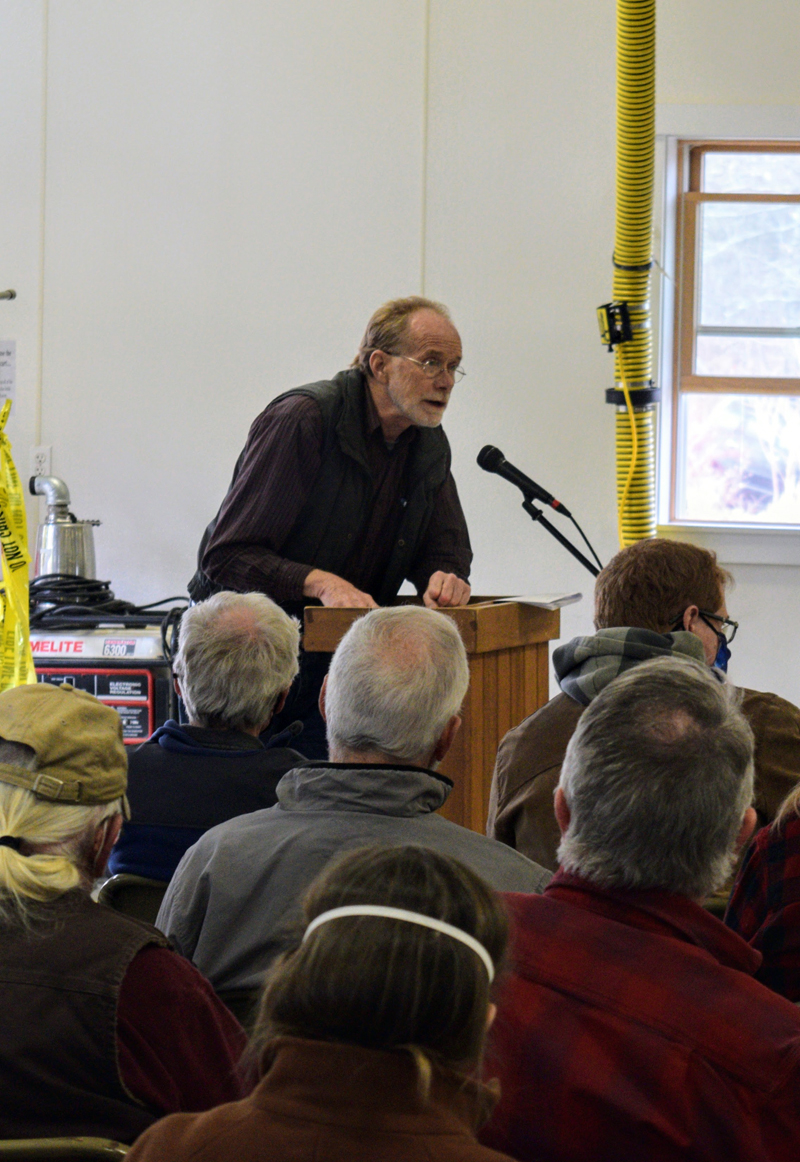 Over the course of about three-and-half hours, approximately 125 Alna residents in attendance voted to approve 47 of the 48 articles on the warrant for the meeting, almost entirely without amendment, including roughly $1,452,738.91 in municipal expenditures, with $812,648.42 of that budget raised from property tax.

Article 39 asked the town to raise and appropriate funds to contract an ambulance service.

The board of selectmen recommended that the town either continue contracting with CLC Ambulance for $36,371 or Wiscasset Ambulance Service for $17,881.

The request from CLC Ambulance for its coverage for the 2022 calendar year represented a 661.29% increase. In 2016, Alna paid $4,000 for CLC Ambulance services and for the last several years the town has paid $5,500 annually.

Bryant said that CLC has a total of 37 employees and two ambulances staffed at all times with at least one paramedic.

Bean said that Wiscasset has 23 people on staff and at least one ambulance staffed at all times, but not always with a paramedic.

Part of the reason for the discrepancy in the services is the amount of calls they do each year; CLC does 2,300-2,500 calls a year while Wiscasset does 750-800 and does not do transfers.

Alna Fire Chief Mike Trask said the town ceased contracting with Wiscasset Ambulance years ago because they were going to charge the town more than CLC and he said that it only made sense to opt into the less expensive service now.

“I would encourage us to go back to Wiscasset. Their runtimes are shorter and time is of the essence if you’re having a heart attack or any medical emergency,” he said. “CLC is a good organization and we’ve had a good working relationship with them, so … they’re not doing anything bad.”

Citizens ultimately voted to contract with Wiscasset Ambulance over CLC by a margin of 90-42.

Voters also approved Articles 47 and 48, which asked if the town wanted to borrow and appropriate $525,000 to rebuild, reclaim, repave segments of Cross Road and shim and overlay the remainder of the road. 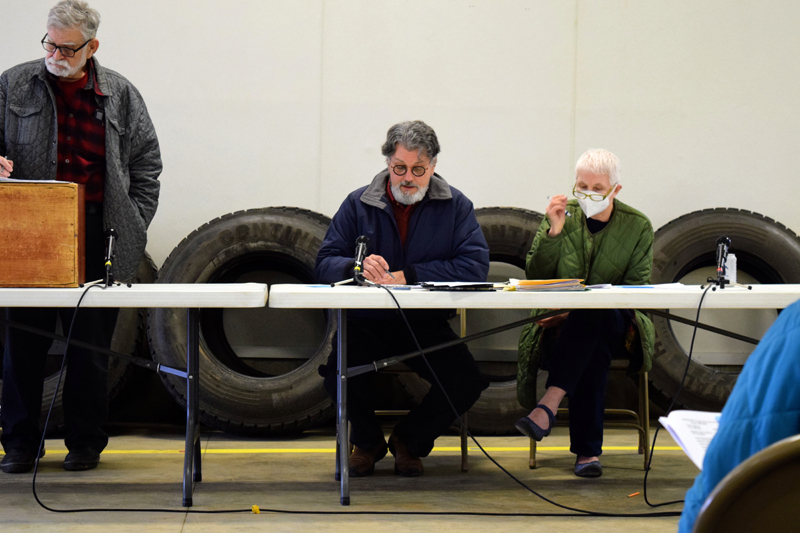 Voters also approved Article 45, which asked the town if it wanted to adopt an ordinance that would establish a structure for recalling elected officials. The inclusion of the article was catalyzed by resident Ralph Hilton, who submitted a citizen’s petition to bring a recall ordinance to the town for a vote. Hilton’s original ordinance that he submitted with his petition was also on the ballot.

Article 46 is the only article on the ballot that failed.

The only substantive difference in the ordinances was the selectmen’s ordinance requires that a recall petition include signatures totaling at least 25% of the number of votes cast in the last gubernatorial election, rather than Hilton’s proposed 10% threshold.

The selectmen’s ordinance also includes safeguards against abuse that prevent recall of an official with less than 60 days left in their term and filing a petition against an official more than once in a 12-month period.

Voters also approved Article 22, which asked voters to raise and appropriate $83,815 for town salaries and stipends. There was no change to the article’s bottom-line from the prior year, but the proposed article did include a change with equal pay for the three selectmen.

Rather than providing $6,785 stipend for the first selectmen and $2,105 stipends for the second and third selectmen, the article included equal stipends of $3,665 for all three selectmen.

Cooper took exception to the change and made a motion to approve Article 22 with the selectmen’s stipends changed to budget $7,500 for the first selectman and $2,500 for the second and third selectmen, with a revised total of $85,320. 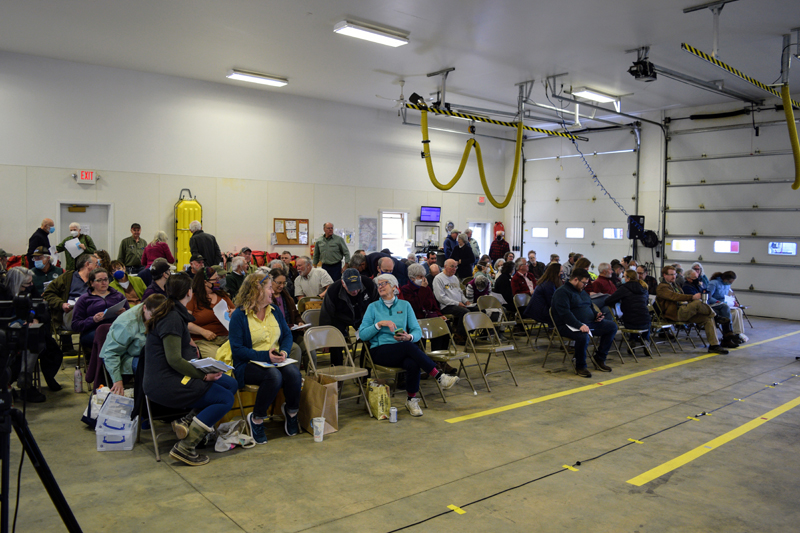 Cooper said that the first selectman has more responsibility as a municipal administrator than the second and third selectmen and that the stipend should reflect that.

“The salary discrepancy is, partly, for those differences in the way that the duties are sorted out, but more importantly, they give the charge to the first selectman to take the burden of leadership, it’s just as simple as that,” Cooper said.

Pentaleri, who drafted the warrant for the meeting, said he equalized the stipends because it was “high time” that the second and third selectmen’s stipends see an increase and he wanted to do so without impacting the budget’s bottom-line. He added that the first selectman should share their responsibilities with the second and third so that they can learn how to do the town’s business on their own.

“An organization is stronger when there is cross-training,” Pentaleri said.

Voters ultimately voted to approve the original Article 22, as written, with equal stipends for the three selectmen.

In the March 25 ballot election, Pentaleri and Road Commissioner Jeffrey Verney were re-elected in uncontested races for their respective positions.