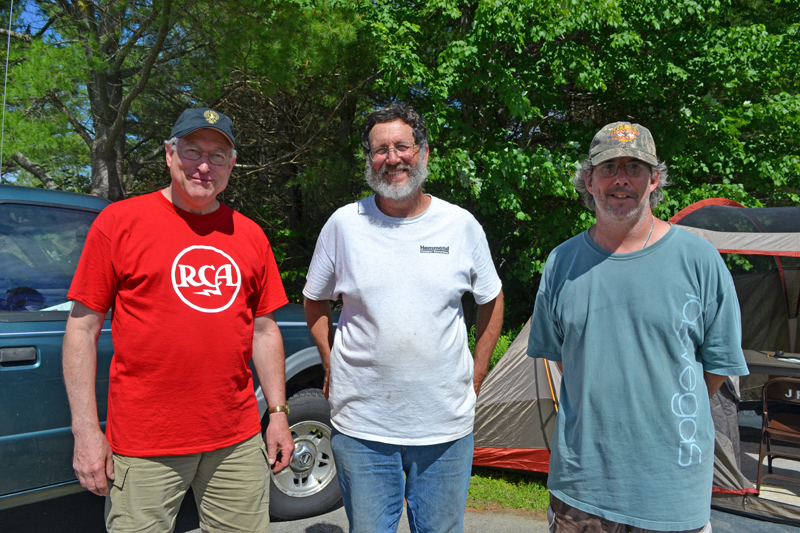 The Lincoln County Amateur Radio Club participated in American Radio Relay Field Day, the most popular on-the-air amateur radio event of the year in the U.S. and Canada, from 2 p.m., Saturday, June 24 to 2 p.m., Sunday, June 25 at the Jefferson fire station.

The annual event takes place on the fourth weekend in June. About 40,000 amateur radio operators get together to operate their radios from remote locations. The radios use emergency power sources like generators or solar power. The Lincoln County club used solar power this year.

The field day provides a fun competition, as participants tally their scores for things such as setting up in a public place, how much power they use, and how many contacts they make. According to amateur radio operator Bill Clark, Lincoln County has had much success in the past. “We’d win Maine all the time,” Clark said.

Unfortunately, due to the effort and access to technology of the other teams, the Lincoln County club has not had as much success in recent years, but to Clark, that’s all right. “It’s supposed to be fun,” he said. Now the team uses the field day as an excuse to have some fun and put their equipment to the test in case of an emergency. 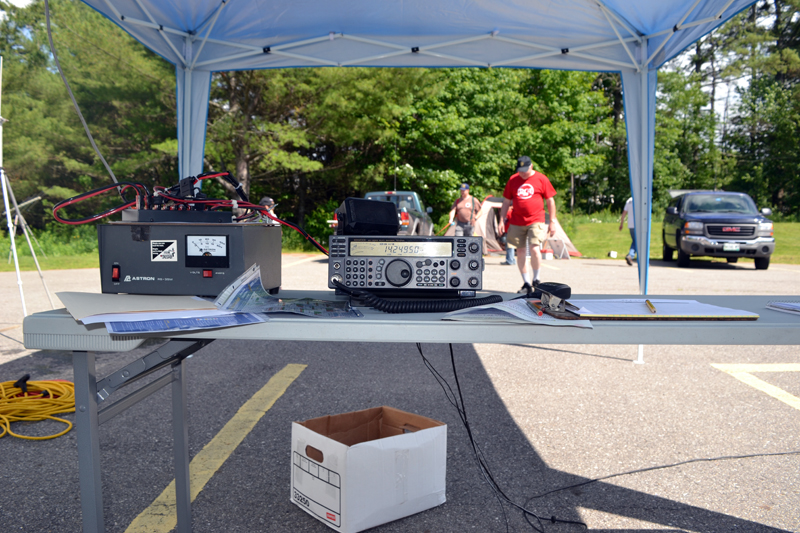 One of the three ham radios set up at the fire station. (Remy Segovia photo)

The radio operators worked with different types of signals, such as continuous wave (for Morse code) and digital, using mobile antennas mounted on trucks. Digital signals require a computer program to translate them.

When the operators made contact with other amateur radios, they jotted down the details of the contact, including the frequency, mode, time, station, exchange, and any other information about the operator, including their location.

“This is like fishing,” said Jefferson resident and radio operator Joe Devonshire. “Sometimes you get ’em, sometimes you don’t.”

When making contact, the operators use certain codes, such as “QSL,” meaning “I acknowledge.” They also use the NATO phonetic alphabet, for example, identifying themselves as “Alpha Bravo One Yankee Oscar.”

According to Devonshire, the radios being used could contact others across America as well as Canada. He said that while Clark thinks of the field day as a time to have fun, it is really a simulated emergency exercise.

The club allowed guests to make contact with other stations, walking them through the steps and explaining exactly what to do and say. After making contact and getting the information of the other radio amateurs, the guest would receive a certificate signaling that they had successfully made contact with someone over the radio.