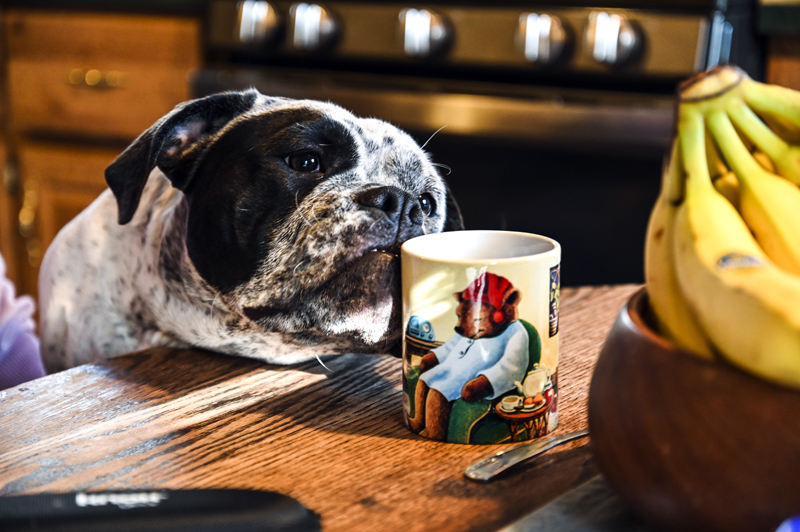 Handsome Dan XIX, an olde English bulldogge born and raised at Wicked Good Bulldogges in Bristol, started his new life as the official mascot for Yale University on Feb. 28.

Handsome Dan is the 19th of his name to serve as the Ivy League institution’s mascot. According to the Yale News, a bulldog has served as the school’s mascot “since at least 1890.” The dogs are thought to be the first live animal college mascots.

Jessica and Pete Seiders, owners of Wicked Good Bulldogges, bred Handsome Dan XVIII, as well — he was the first olde English bulldogge to serve as the mascot.

The Yale News reported that the university switched from English bulldogs to olde English bulldogges because the newer breed is “a more athletic and healthier alternative” to the old.

According to the United Kennel Club, bulldogs were originally bred for the sport of bull baiting, but after the sport was outlawed, the dogs were bred more for appearance than athleticism, eroding the health of the breed.

The club’s citation states that today’s olde English bulldogge came about as the result of a breeding project in 1971 “to return the bulldog to the appearance of the Regency-Period bulldog.”

“There was a lot of pressure on us as breeders,” Jessica Seiders said of being Yale’s choice for Handsome Dan XVIII, also known as Walter, after Yale football legend Walter Camp. But after the dog was delivered, the university’s football team immediately broke a nine-year losing streak against rival Harvard in the annual matchup known as “The Game,” and students and alumni embraced their new mascot.

New mascots are chosen when the old mascot dies or retires. In the case of Handsome Dan XVIII, his handler, Kevin Discepolo, moved on from his position with the university, and Yale allowed Walter to stay with his “dad.”

“I do think it was the right thing for Yale to do,” Jessica Seiders said.

When Yale came calling again, Jessica Seiders said she was hesitant. She said there was a lot of stress involved. The business was already overwhelmed with customers, and now COVID-19 was a factor. She said her first Zoom call ever was with Yale.

But her mentor said, “This breed needs you,” and she was glad she followed through.

The Seiders family began breeding olde English bulldogges in 2008. Jessica Seiders said she first heard about the breed through an ad in Uncle Henry’s.

Jessica and Pete Seiders work hard to build their business. “People think we play with puppies all day, every day, but what we really do is clean up dog poop,” Jessica Seiders said.

Days are a constant cycle of rotating dogs in and out of kennels for exercise, then feeding them and rotating them again. “That is our day — dogs, dogs, dogs,” Jessica Seiders said.

“I go to work to get away from dogs — going to work is like a relief sometimes,” said Pete Seiders, who is also a full-time lobsterman.

Since Handsome Dan XVIII and XIX, Jessica and Pete Seiders have been flooded with emails and calls asking for dogs. Jessica Seiders said she gets 10-15 inquiries a day.

“I hope I have enough dogs and puppies,” Jessica Seiders said. But she added: “You can’t breed for the public. You need to breed for your dog — when she’s ready.”

The business gives existing customers priority for new puppies, followed by locals, then buyers from Maine and New Hampshire. This year’s puppies are all spoken for; they won’t have more available for sale until 2022. But they can recommend other reputable breeders.

Handsome Dan XIX, aka Kingman, was born Jan. 2, the fifth in a litter of nine puppies. He weighed 11.5 ounces at birth. Kingman’s dam is Wicked Good’s Salty Sarah and his sire is National Bulldogge Association Champion Leadfoot’s Johnny Lightning.

According to Jessica Seiders, Yale chose Handsome Dan XVIII, but this time, choosing the puppy was left to her and Kassie Haro, the puppy’s handler from Yale.

“We had narrowed it down to two males as we watched them grow. We waited until they were 7 weeks old and we made our pick based on personality and looks. It was a hard decision, but he just had something special,” Jessica Seiders said.

Haro drove to Maine to visit and make the final pick. Jessica Seiders said that last time they brought the dog down to New Haven, but this time Haro picked up the puppy. “Both were great experiences,” she said.

Kingman is “happy and healthy and already making a lot of new human and canine friends on campus,” Haro said in a Tuesday, April 6 email. “The response to his arrival has been overwhelmingly positive.”

Haro said “he’s mostly napping and eating these days, but we do have some training sessions and daily strolls around campus. He’s having a blast meeting new people and playing with his new dog best friend, Heidi the Yale Police Service Dog.”

For more information about Wicked Good Bulldogges, go to wickedgoodbulldogges.com.