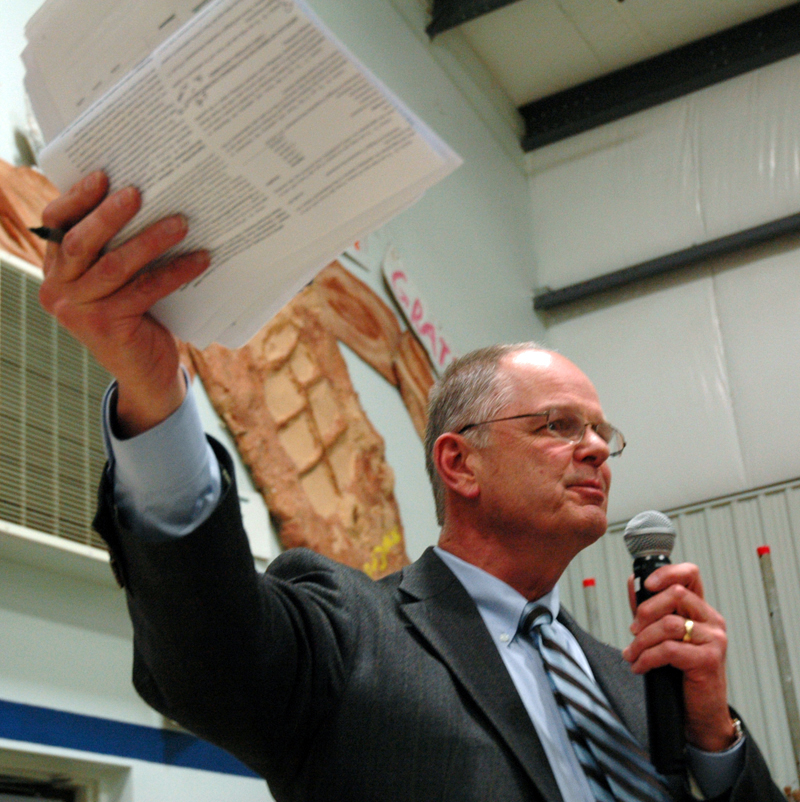 Superintendent Steven Bailey said his retirement would go into effect in July, prior to July 15.

After his departure from AOS 93, Bailey, 66, of West Bath, will become the full-time executive director of the Maine School Management Association.

Bailey said several factors contributed to his decision to retire, including this new opportunity. He said he was urged to apply for the position.

Bailey reflected on his long career in Maine public education in a recent interview.

“I started as a teacher, where I was able to influence the students in my classroom. Working at the central office provides the opportunity to have an impact on students across the district,” Bailey said.

He said his work at the Maine School Management Association will enable him to have a positive impact on students across the state.

“This is a great opportunity. I still have great passion and this is a chance to further contribute,” Bailey said.

Of his time in Lincoln County, Bailey said, “I think back on what a pleasure it’s been. The relationships I have developed here are extremely special.”

As the Central Lincoln County School System’s superintendent, Bailey has been a regular presence in each of the district’s seven towns: Bremen, Bristol, Damariscotta, Jefferson, Newcastle, Nobleboro, and South Bristol.

Bailey attends the monthly meetings of each of the seven school committees, as well as the AOS 93 Board and the Great Salt Bay School Committee.

He was named Maine’s Superintendent of the Year in 2014, in honor of his commitment to helping the district’s students achieve and his work through the superintendents association to provide effective and relevant professional development to his colleagues in other school districts across the state.

“He’s an incredible superintendent and just a fantastic manager of our school system,” Kolodin said.

Kolodin said Bailey’s attention to detail has benefited students and teachers throughout AOS 93, as well as the community at large.

“He’s extremely organized. His organizational skills are over the top, and he is a pretty fantastic communicator with the ability to communicate with all the people he meets. He deals with teachers, administrators, school boards, and citizens of each town, and he does that very well,” Kolodin said.

“He is an incredible guy. We have been happy to have him give us direction,” Kolodin said.

Great Salt Bay School Committee Chair Stephanie Nelson, who also sits on the AOS 93 Board, said she appreciates Bailey’s contributions to the district.

Nelson said the superintendent’s level of dedication and commitment to the district’s schools was a great attribute for an administrator. 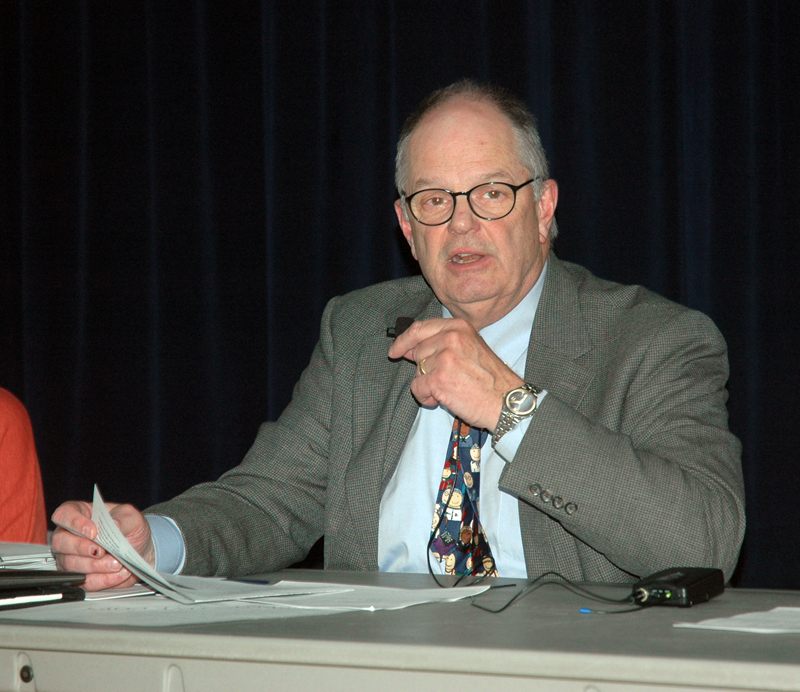 AOS 93 Superintendent Steve Bailey discusses the 2017-2018 Jefferson education budget during the annual budget meeting at Jefferson Village School the evening of Tuesday, May 23. Bailey will retire from his post at the end of the school year.(Alexander Violo photo)

“Steve is so organized, prepared, and knowledgeable, and he works individually with each school board and community to meet their needs. His ability to focus on so many different issues for each of the schools is really remarkable. He will be hard to replace,” Nelson said.

South Bristol School Principal Scott White said in an email that the district will miss Bailey.

White cited Bailey’s influence as integral in the accomplishment of several projects in AOS 93, including the introduction of a professional growth and teacher evaluation handbook and the reconfiguration of the district’s special education programs, including Alternative Classroom for Educational Services program at Great Salt Bay Community School in Damariscotta, the Pathways Education Center at Jefferson Village School, and Compass at Bristol Consolidated School.

“Steve is like a little Porsche. He shifts gears seamlessly and effectively and gets people headed in the right direction. He can speak on a student bullying issue with a parent one minute and then move to a workers’ compensation issue the next,” White said.

White said he was impressed with Bailey’s ability to work with each school in the district.

“He understands the particular strengths, challenges, and culture of each town and is able to effectively communicate with each entity as if that group was the only one he was responsible for,” White said.

White praised Bailey’s work ethic and dedication to the community. “People felt Steve truly cared about them (and) their issues, and that he wanted to provide resources to make matters improve,” White said.

“I will reflect on my time with Steve and value him as a friend, colleague, and mentor. He will be sorely missed,” White said.

His career in education began as a teacher at the John R. Graham School in Veazie, a K-8 public school outside Bangor. After seven years, Bailey became the school’s principal and taught math in addition to his principal duties for an additional seven years.

Bailey worked as principal at Main Street School in Exeter, N.H. for two years before arriving in South Portland in 1989. From 1989-1998, he was principal of the Dora L. Small School, an elementary school. He then became the director of curriculum, instruction, and assessment at the South Portland School Department.

From 2007 until June 2011, Bailey was the South Portland district’s assistant superintendent.

Bailey’s tenure as superintendent of the Central Lincoln County School system lasted six years, but his family’s history in Lincoln County goes back much further. His grandparents owned a farm on Hammond Road in Damariscotta. Some of their land now makes up parts of the Great Salt Bay Community School property and the Whaleback Shell Midden State Historic Site.

A discussion on the hiring process will take place at the AOS 93 Board meeting Thursday, May 25.