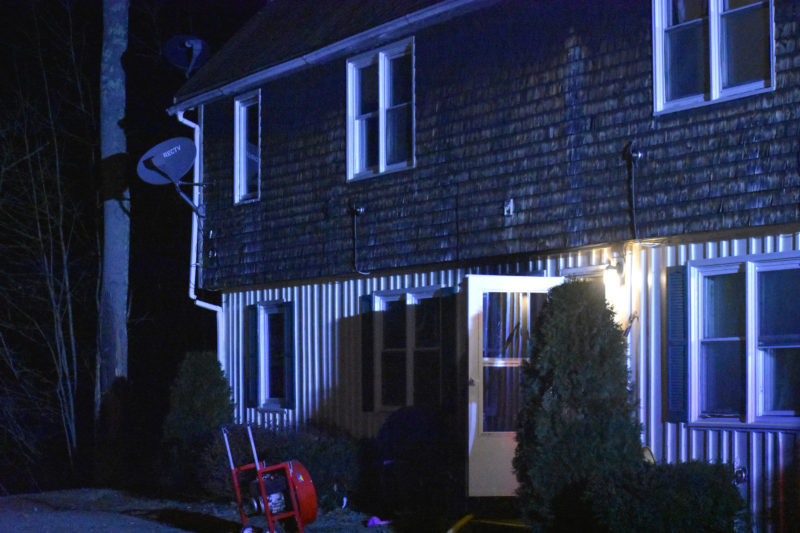 Firefighters used fans to clear smoke out of an apartment building at 76 Marble Ave. in Waldoboro after a structure fire the evening of Thursday, Dec. 27. (Alexander Violo photo)

Fire destroyed one apartment in a six-unit, three-story building near downtown Waldoboro the evening of Thursday, Dec. 27.

A resident of the first-floor apartment was inside when the fire started and multiple people were elsewhere in the building, but all people and pets exited safely, according to Waldoboro Fire Chief Paul Smeltzer.

The fire originated in a dryer in a back corner of the apartment, according to a press release from Smeltzer. The dryer was on at the time of the fire, which has been ruled accidental. 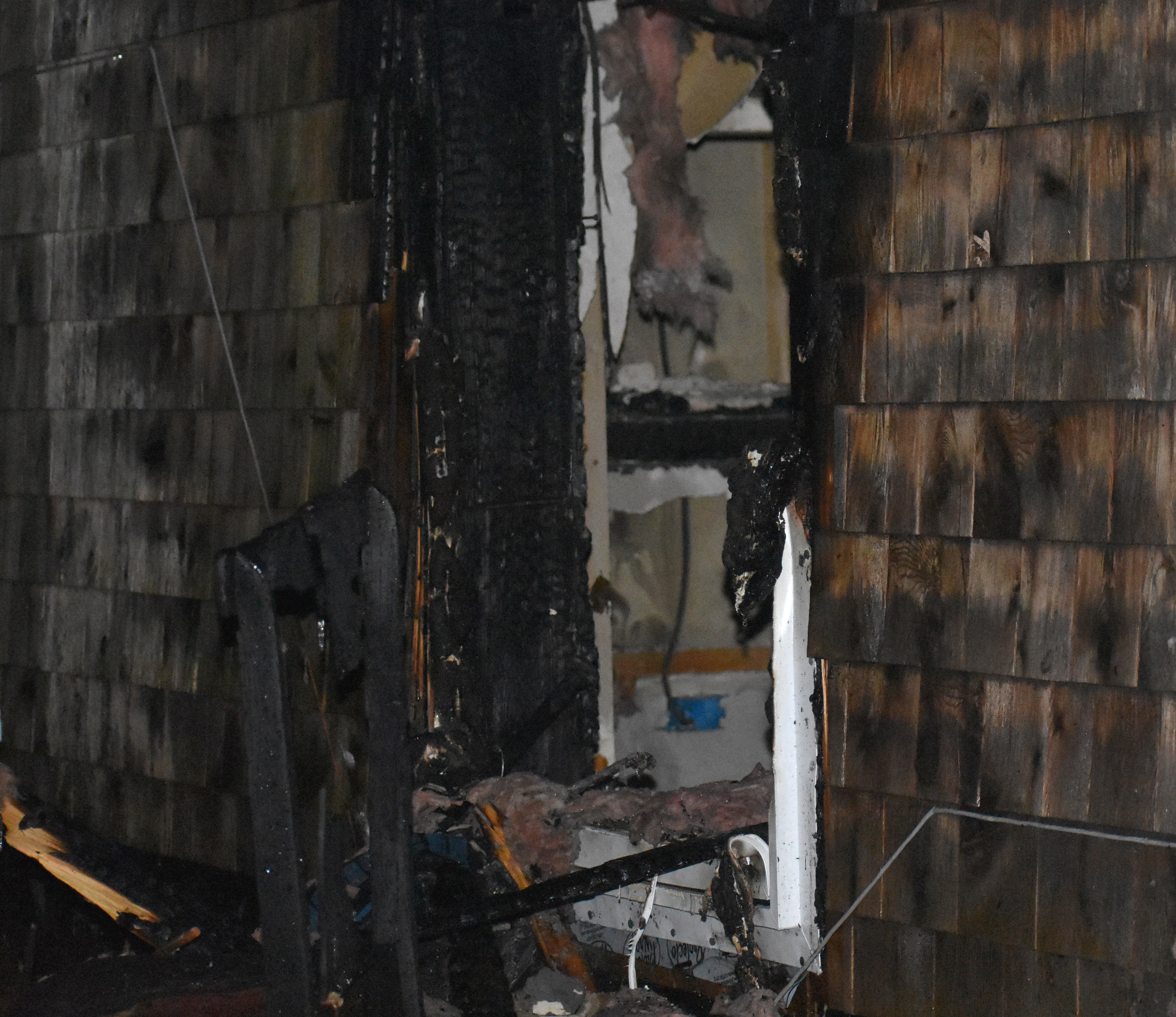 Damage to a first floor apartment unit at 76 Marble Ave, in Waldoboro, from a structure fire on the evening of Thursday, Dec. 27. (Alexander Violo photo)

When firefighters arrived at the 76 Marble Ave. building, flames were visible from a window at the back of the building and heavy smoke from an apartment in the front, according to the press release.

One crew attacked the fire through the rear window. A second brought a hose line through the front door, located the fire in the back room, and extinguished it, according to the press release.

Smeltzer said residents of the building’s other five apartments would be able to return home Thursday night.

The American Red Cross was contacted to help the resident of the burned-out apartment. It was not clear whether more than one person lived in the apartment.

Smeltzer said narrow Marble Avenue presented firefighters with a challenge, but crews were able to access a fire hydrant to ensure water supply to the scene.