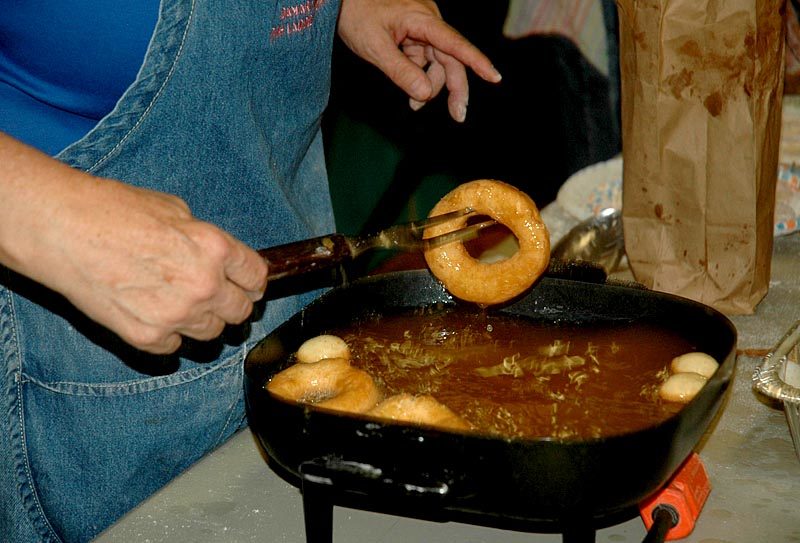 Fresh donuts were only one of the sweet treats available at Nobleboro’s AppleFest. (Alexander Violo photo) 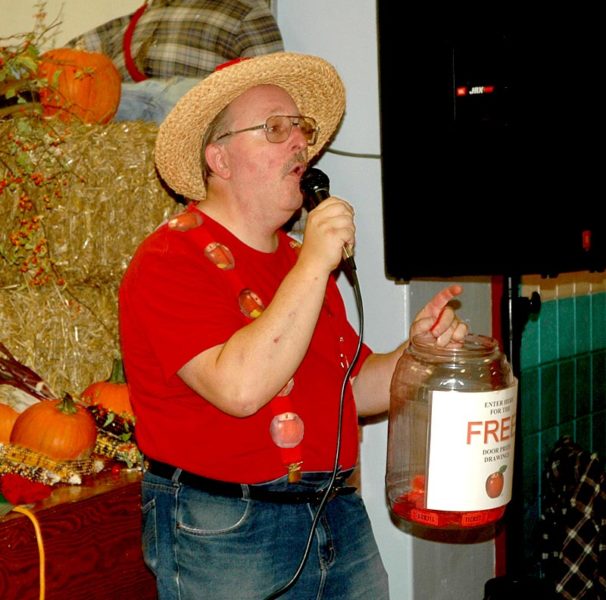 Master of ceremonies Mitchell Wellman announced the winners of the door prizes, which included an apple pie, in addition to a pumpkin and a potted mum of the winner’s choice.

Nobleboro Historical Society President Mary Sheldon said she was pleased with the turnout for this year’s AppleFest. She said the dessert items proved popular with festival goers.

“The pies are selling out, as usual,” Sheldon said.

Sheldon said there were 110 items in this year’s silent auction and a number of items for sale with participation from around 107 donors.

Available items included homemade crafts and some eclectic items, such as ornaments making creative use of lobster claws to depict moose and puffins.

In addition to the popular pies, Fondy’s donuts were available and there was plenty of apple cider on sale as well.

Sheldon said she was very appreciative of the effort by Nobleboro Central School students to prepare and decorate the school’s gymnasium for the big event.

“The students set up all the tables and carried in all the hay. They are amazing,” Sheldon said.

During the festival, the school’s eighth-grade class was on hand, selling hot dogs and other food items to raise funds for their class project. 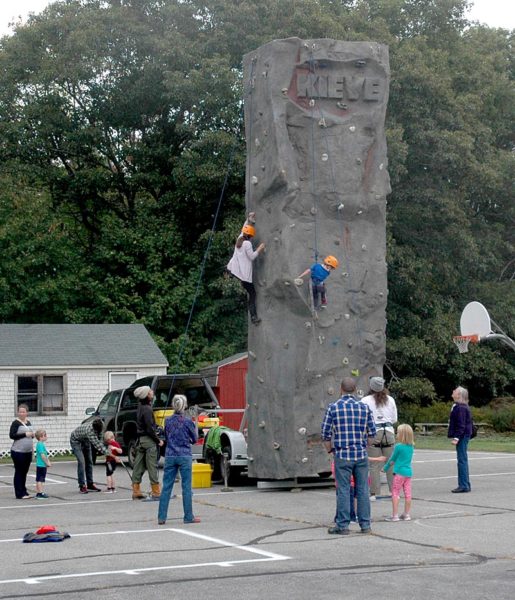 AppleFest’s younger attendees had a chance to take part in face-painting and even try their hand at a climbing wall courtesy of The Leadership School at Kieve-Wavus.

The Nobleboro Historical Center was open throughout the duration of Applefest. The center holds historical exhibits, including a display of World War I firearms and equipment.

Live country music at the festival was provided by the Damariscotta Lake Band.

The proceeds from AppleFest help support the historical society’s scholarships for Nobleboro students and educational programs for youth and adults, as well as the preservation of local history.